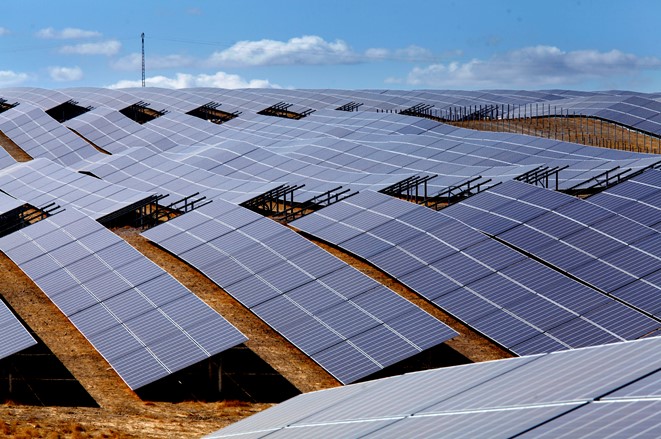 A report by Power Technology claims China’s GCL Systems Integration Technology plans to invest more than $2.5 billion to construct the world’s largest solar panel factory. Citing a report by Bloomberg, it says the new facility will be built in eastern Hefei province. According to a regulatory filing with the Shanzen stock exchange, the company says the new factory will be able to produce 60 gigawatts (GW) of solar panels each year, enough to meet half of global demand. The first phase of the new factory will be able to manufacture 15 GW of solar panels a year, with the production totals ramping up as additional factory phases are completed. The factory will  produce silicon wafers, photocells, modules, and other components such as junction boxes, back sheets, glass, EVA layers, and aluminum frames — everything needed to manufacture a completed solar panel.

Last November, GCL partnered with US based Powin Energy to expand into the Asian energy storage market. The new joint venture will be known as G-Powin Energy Solutions. “GCL SI has supplied over 18 GW of solar power globally since 2015. We are happy to see large growth in renewable deployments, but we also see the challenges intermittency poses to grid operations,” said GCL SI chairman Eric Luo.

“Powin is a U.S. based, world leading designer and developer of energy storage solutions. It has delivered over 200 MWh projects and holds a global pipeline of more than 6 GWh. The new G-Powin JV intends to collaborate on front-of-the-meter energy storage solutions for grid support to better integrate and increase capacity. We look forward to integrating are matching expertise to create even greater value for customers,” he said.

According to IHS Markit, the Asian-Pacific region will add over 21 GW of grid-connected energy storage systems, 68% of which will be located in generation, and transmission and distribution sites. Last November, the company was chosen to supply solar panels to the Nuñez de Balboa project in Spain. At 500 MW, it is the largest European solar power farm currently under development in Europe.