A new report from a collection of leading NGOs takes a deep dive into how banks around the world are fueling the climate crisis. The report, called Banking On Climate Change, finds that 35 banks have poured a staggering $2.7 trillion into dirty energy projects from 2016 to 2019 – the four years following the Paris Agreement. That agreement should have signaled a transition away from planet-heating forms of energy for all kinds of investors, but instead big banks have moved in the opposite direction by backing the expansion of oil, gas and coal.

Despite public pledges to help the transition to clean energy, the rate at which banks are continuing to finance fossil fuels has only accelerated in recent years. If banks continue to fund fossil fuels at this current rate, their spending will reach $1 trillion annually by 2030.

Four American banks topped the list of the biggest fossil fuel financiers: JPMorgan Chase, Wells Fargo, Citi and Bank of America. Together, they poured $800 billion into fossil fuels since the Paris Agreement.

However, JPMorgan Chase has been the worst funder of dirty energy year after year, and the gap between Chase and the next biggest backer increased massively between 2018 and 2019. Over the four years assessed by the report, Chase financed over $268 billion worth of fossil fuel projects, and was the biggest investor in both fracking and Arctic oil and gas projects.

As we think about what these numbers mean for the climate crisis, it can be helpful to compare them to spending on renewables. In the past 10 years, the world has invested about $2.6 trillion total on renewable energy projects, but it only took the banks four years to outpace that amount in fossil fuels investments.

That’s time and money we can’t get back. Imagine how much closer we would be to solving the climate crisis if banks had invested in a livable future, instead of a polluted past? 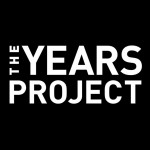 Written By The Years Project

is a documentary series and multi-platform education effort designed to elevate climate change as the issue of our time. More here: The YEARS Project.