As you may have seen by now, 7 year Tesla insider David Havasi and I have been getting together in recent months to talk about the deep history of Tesla from an insider (David) and outsider (me) perspective in a podcast and video chat series called Tesla Inside Out. We’ve together decided that we really want to do two things with this series: 1) delve into funny, cool, interesting Tesla stories from years ago (that’s basically all David), and 2) discuss Tesla news of the day together (like friends at a coffee shop — but you’re invited), drawing on David’s history in the company and my historical perspective from covering the company for 7+ years.

This episode is the first one that fits the latter theme. We’ll come back to an old, fun Tesla story from David in the next episode.

The thing that triggered this chat was recent data from BloombergNEF showing that battery energy density has nearly tripled in the past decade. That better energy density shows itself in lower-priced batteries per kWh, which shows itself in electric cars that have more range for the same cost. I was interested in talking with David about this in the context of Tesla’s vehicle evolution. 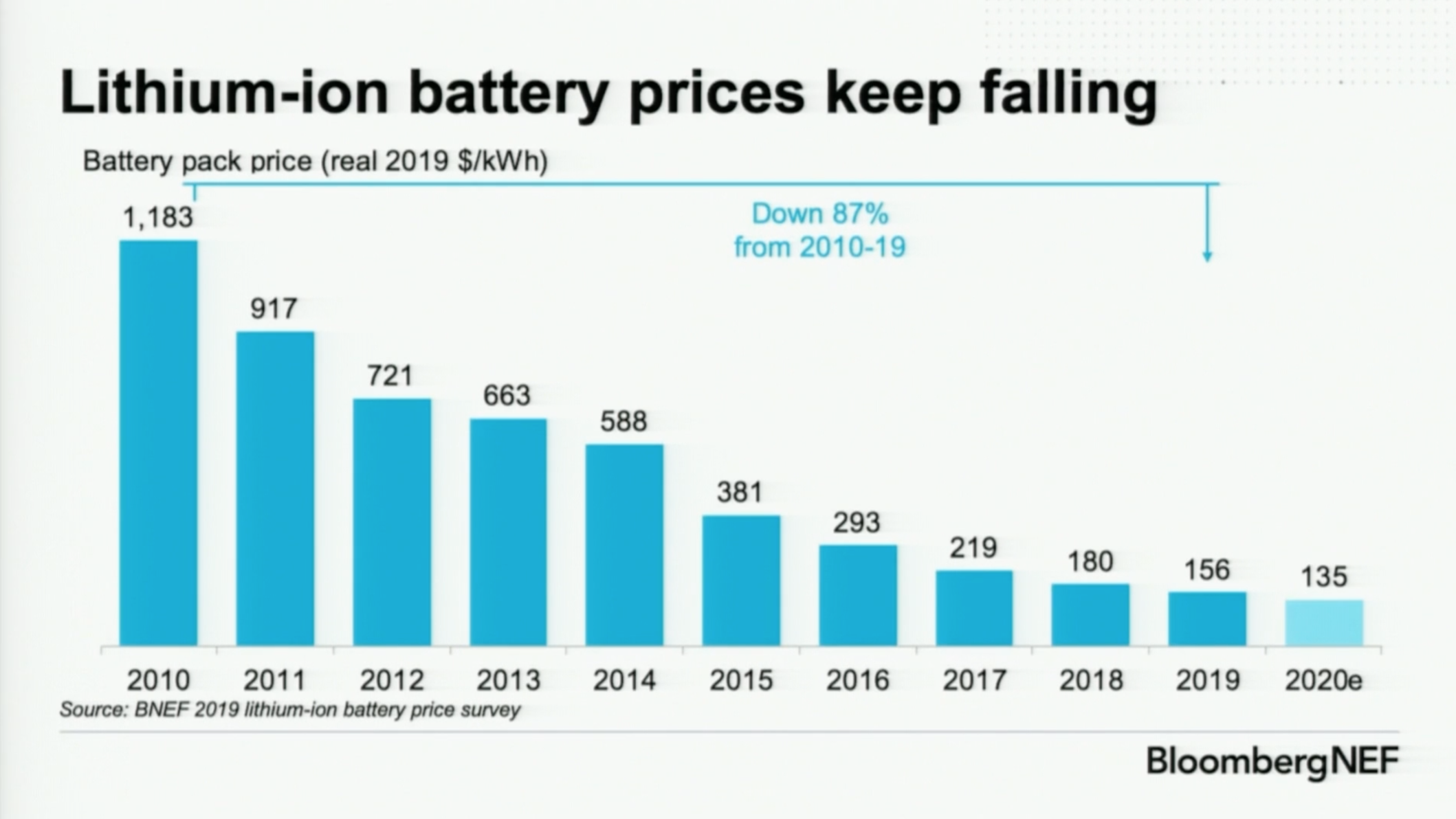 We talked about the early Tesla Roadster, and how you can now get a Tesla Model 3 for far less money that has more range, the same 0–60 mph acceleration time, much more advanced tech inside the car (Autopilot and the whole infotainment system), and far more space. David never dreamt that he’d have a Tesla with that kind of performance at such a low cost.

Going further, we talked about the fact that the 5 year cost of ownership of a Model 3 can actually compete with a Honda Accord or Toyota Camry for some people (or a Honda Civic or Toyota Corolla in more extreme cases). So, you get a car that might seem like a $100,000 car if you consider the performance and tech but for the cost of ownership of a Camry or Accord. For those who think I’m being dramatic, I’ll drop the value to $70,000.

I took a short side route at one point as well to highlight that the Nissan LEAF’s range has nearly tripled in the past decade.

We didn’t spend much time on that, but we did later talk about the Ford Mustang Mach-E, the Volkswagen ID.3, and the truly disruptive phase of the EV era that we’re entering.

We’re going to go from having a few competitive EVs and one highly competitive EV (the Model 3), to numerous electric vehicles that absolutely demolish similarly sized, similar-class vehicles that run on gasoline. The technology trends are not going to just stop today. They keep going. So, as dramatic as the improvements in the past decade have been, consider what will happen in this industry in the coming decade as those trends continue.

For more, watch or listen to the whole episode!