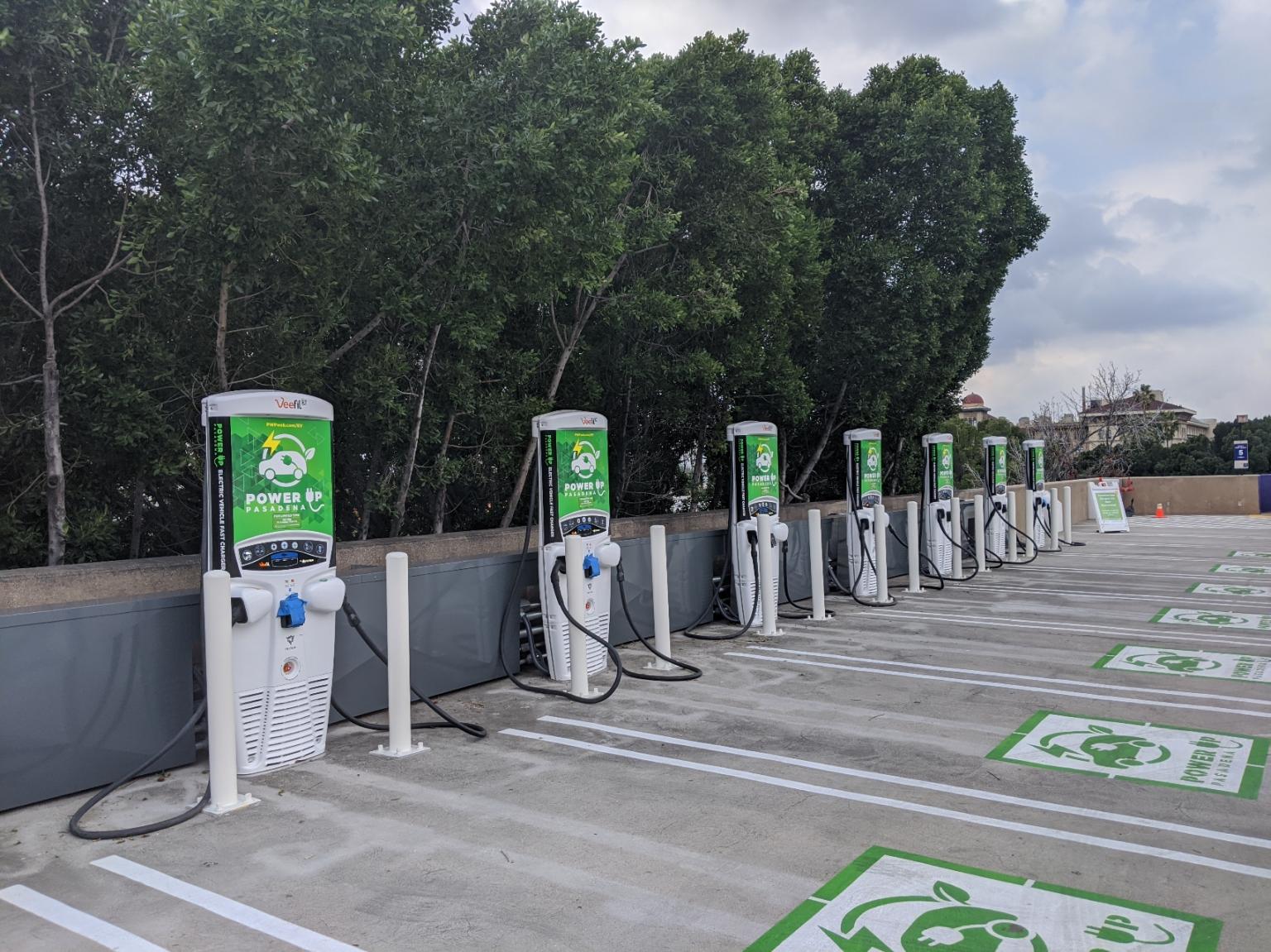 The largest EV fast charging station in the nation opened this week in Pasadena, California. The new station is comprised of 24 Tesla Superchargers and 20 of Tritium’s DC fast chargers. We learned of the new stations from friend of CleanTechnica and EV expert and consultant Dennis Pascual who shared the news on LinkedIn.

To celebrate the opening, the new Marengo Charging Plaza is providing free charging to customers, though this will surely change in the coming weeks or months as it transitions into normal operations. Parking at the lot does cost money, but that’s typical of downtown Pasadena and the rates are actually rather reasonable.

Plugshare lists the 20 new chargers as having both CCS/SAE and CHAdeMO adapters with either pushing out power at 50kW. The new DC Fast Charge stations themselves are Tritium Veefil RT units that will be operated by Pasadena Water & Power. Across the lot, Tesla’s Supercharging stations are urban Superchargers, capable of an unfettered, dedicated 72kW charging speed.

Installing a station of this size in an urban parking lot is a key indicator of EV adoption entering the mainstream. The installation is reminiscent of the 102 stall level 2 EV charging station we saw in Norway, but with full blown level 3 charging. The new Tesla and Tritium stations give shoppers an option for topping up while enjoying one of the many nearby restaurants or retail establishments.