The new MINI SE is a yardstick we can use to measure how far the EV revolution has come in 10 years. The first MINI E in 2009 had room for two people and a few small pieces of soft-sided luggage, and provided a driving range of about 55 miles on a full charge. It practically invented the phrase “range anxiety.” Today, the new all-electric MINI SE seats 4, can carry two or more suitcases, and has an EPA range of 110 miles. In other words, it has double the seats, double the carrying capacity, and double the range. That’s what a decade of progress is worth. (Note: All photos in this article courtesy of BMW and MINI.)

Last week, the folks at MINI invited me to Miami to drive the all new MINI SE, a car they describe as an urban mobility device. For that, they deserve a truth in advertising award. With 110 miles of range, this is not the car you would choose for a cross-country trip. It won’t tow your ski boat to the lake. And it won’t transport an entire softball team with all their gear. It can, however, get an 80% charge in about 35 minutes using a 50 kW fast charger.

What it will do is meet the needs of 98.6% of drivers on a daily basis and do it with the panache and style that all MINIs offer. Acceleration is ferocious — comparable to the Jaguar I-PACE in my limited experience with the two cars. The motor, battery, and electronics are taken directly from the BMW i3 pocket rocket. But what is just as interesting is the regenerative braking ability baked into the MINI SE — up to 0.19 g, according to MINI. There is a switch on the dashboard that will reduced the amount of regen available, but the the car defaults to the higher setting every time it is restarted. 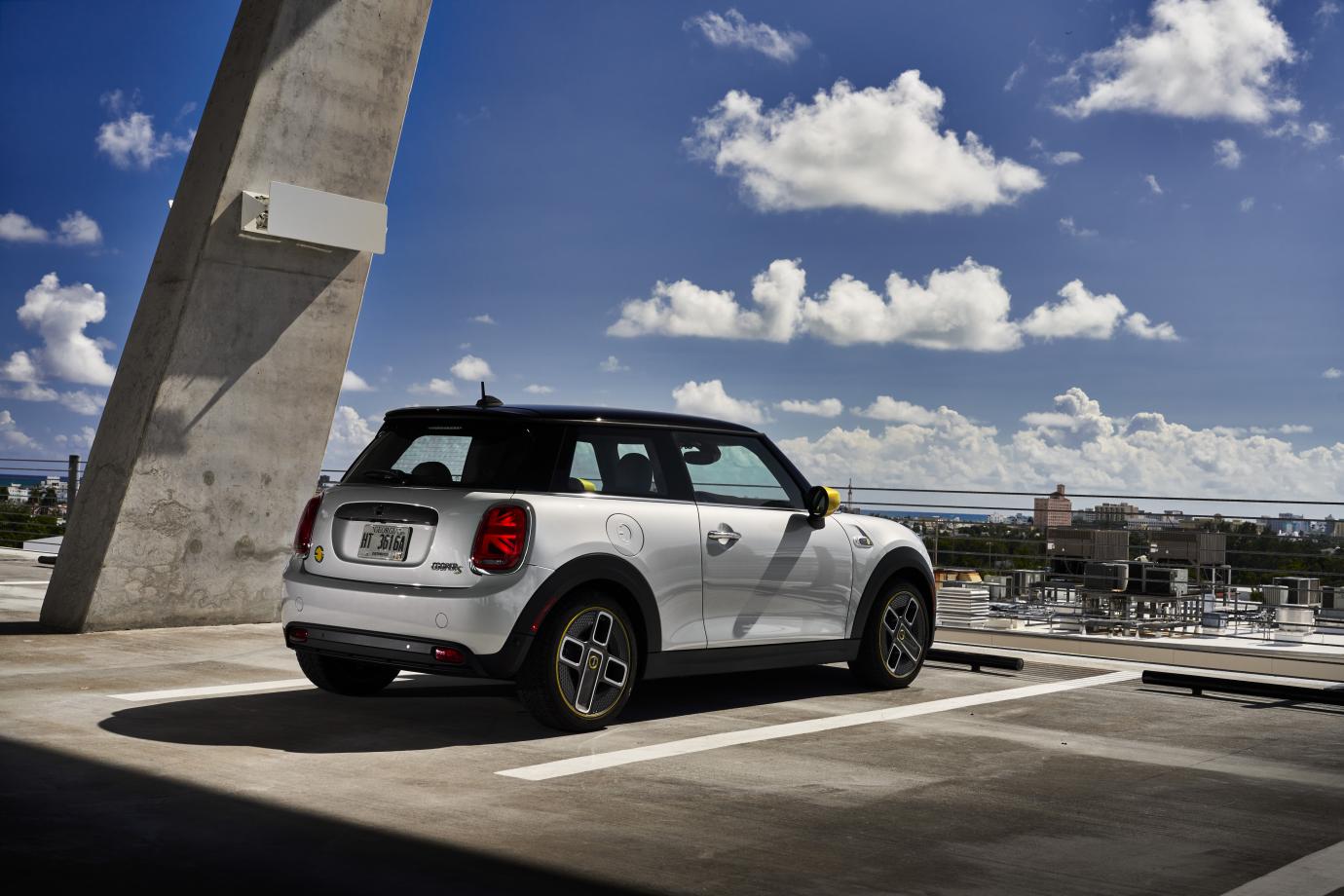 It takes a bit of driving to get used to the regen. Taking your foot off the go pedal immediately results in serious deceleration. After a while, the driver learns just how much to back off on the pedal before full regen begins. If I could make a suggestion, it would be to dial back the onset of regen just a skosh so there is a place where the car can coast a bit. As it is, though, full one-pedal driving is a distinct possibility.

There is no fake “creep” built into the drivetrain. Once the car comes to a complete stop, it stays stopped, but it can roll forward or backward if the terrain is not level, so light pressure on the brake pedal may be required to hold it stationary. With the amount of regen available (what MINI calls recuperation), the brake pads on these cars should come with a lifetime warranty. There is almost no reason to use the brakes in normal driving. Outside, the MINI SE looks almost exactly like any other two-door MINI coupe. Though, MINI fans and EV fans will be able to pick out the differences. The grille has been replaced with a closed section and the under tray smoothed to promote good aerodynamics. There are also new alloy wheels that are unique to the SE and tail lights that resemble the British union jack. Exterior accent pieces in electric yellow are available, but if you want to do without them and drive around in stealth mode, few people will identify the car as an electric until you blast away from traffic lights and leave them in the dust. 0 to 60 mph happens in 7.9 seconds, which is not supercar territory but more than enough to surprise the guy in the muscle car with the lumpy idle sitting next to you at a traffic light. 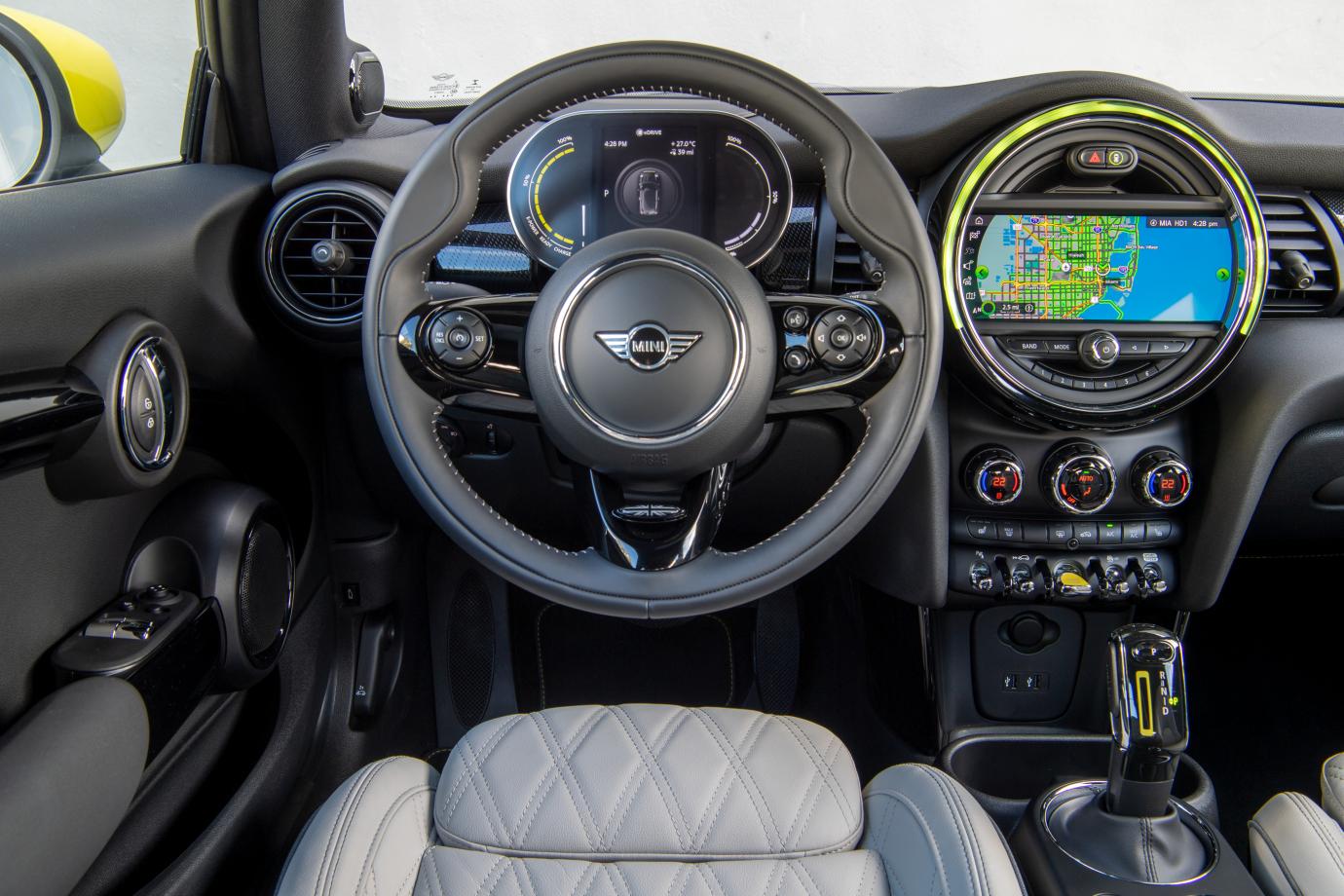 Inside, the MINI SE is pure BMW, with premium trim pieces in abundance. The trademark circular display in the middle of the dash has been reconfigured to offer a wealth of digital information, including a comprehensive navigation system. Below it is a bevy of switches with another row of switches mounted at the top of the windshield, near the optional sunroof. In fact, there are buttons everywhere, perhaps more than some drivers might prefer given the trend toward minimalist interiors begun by Tesla and taken to its logical conclusion in the Model 3. Though, many will appreciate the familiar array of buttons and knobs.

The seats are wonderfully comfortable and supportive. Getting in and out is easy for the front seat passengers, while access to the rear seats is limited. People who buy coupes should not expect to be transporting back seat passengers on a regular basis. The purpose of the trip to Miami was to assess the prowess of the MINI SE in an urban environment. On every level, the car performed superbly on a journey up the coast from Miami to Fort Lauderdale. The nav system performed flawlessly even when I took a wrong turn and started heading for the Tamiami Trail by mistake. But there is one thing about urban driving that even the folks at MINI cannot control — traffic. Our 22 mile long trip took over 2 hours to complete thanks to congestion and traffic lights that seemed to sense my approach, turning red just before I arrived at every opportunity.

The takeaway is that driving in cities today is about as much fun as having a root canal. But if you are in a MINI SE, at least you will look good while your are crawling along shoulder to shoulder with the hoi polloi. 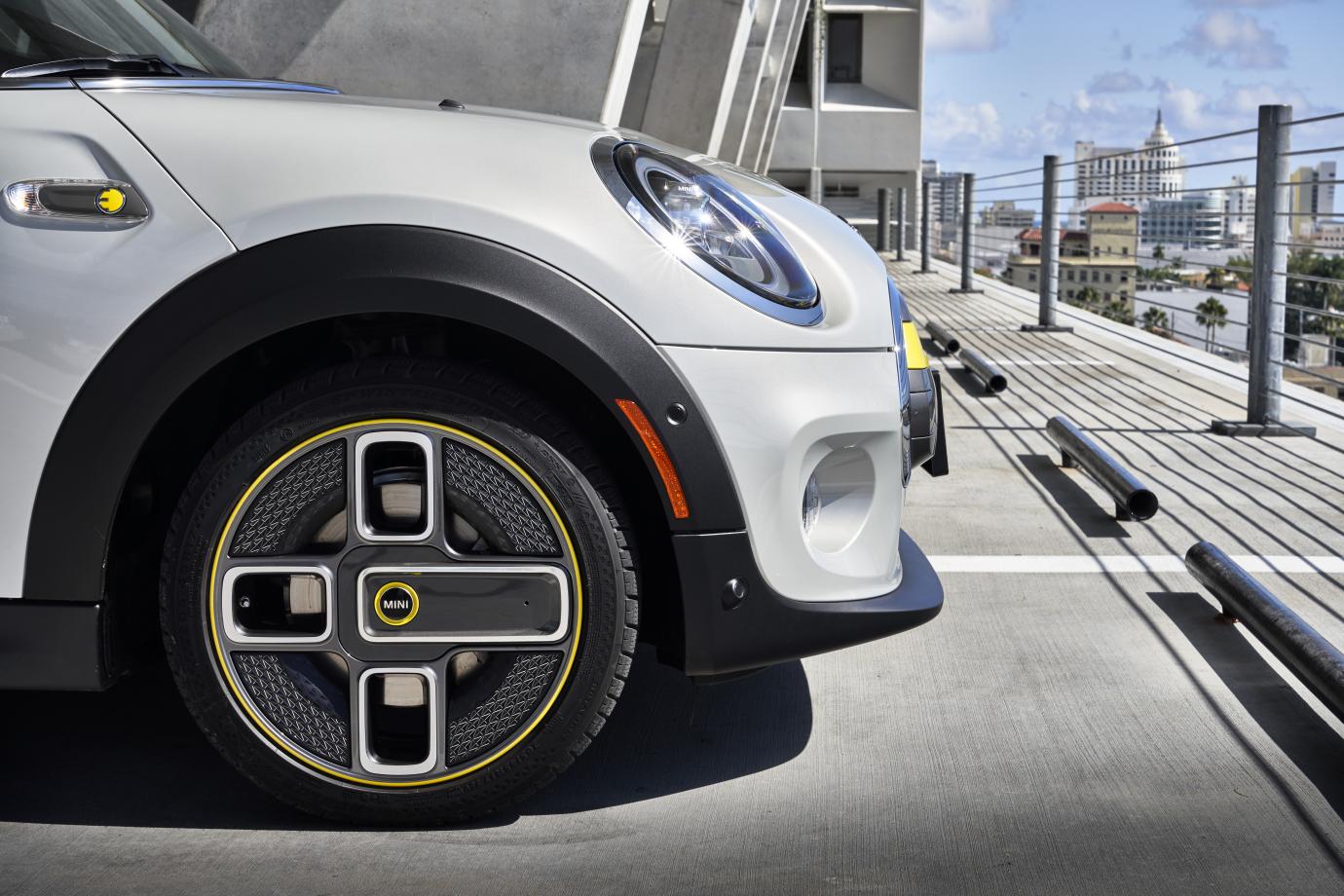 One feature of the MINI SE that will appeal to people is the price. It starts at just $29,900 without extras like a sunroof or the heads-up display in front of the driver. Subtract the federal tax credit and you could be driving a brand new 2021 MINI SE of your own for about the price of Toyota Corolla. Local incentives will only sweeten the deal. It may not be a Tesla Model Y Performance, but at about half the price, its a helluva good car that’s great fun to drive. It’s a proper MINI through and through with all that implies. All it lacks are tailpipe emissions. Sweet!