Published in 2016, Elon Musk’s “Master Plan, Part Deux” proposed the idea for the Tesla Network, essentially an automated version of Uber that would be operating in a world after both technical autonomy is achieved and government regulations allow for the driverless operation of vehicles. This network would allow owners to, as Elon Musk described, “add [their] car to the Tesla shared fleet just by tapping a button on the Tesla phone app and have it generate income for [them] while [they’re] at work or on vacation.”

Tesla plans to compete in the emerging multi-trillion-dollar mobility-as-a-service market, with what it expects to be the first large-scale commercial autonomous offering. While fleets such as Waymo and Aptiv operate today, their scale is measured in hundreds of vehicles fenced within a few metro areas, whereas Tesla’s could quickly reach the order of hundreds of thousands of vehicles, followed by millions later in the decade. In order for other companies to reach scale and compete with Tesla’s economics, they will need to solve both the autonomy problem and integrate this hardware and software into electric drivetrains, and do so economically at scale.

A number of Tesla analysts are starting to contemplate how much value Tesla’s robotaxi network might be worth to the company, often with a prediction that Tesla may come to market first. This idea is often dismissed as irrational by some for two main reasons: the belief that Tesla will never be able to achieve level 5 autonomy (i.e., be capable of robotaxi activities) with its current hardware, and the belief that regardless of hardware, level 5 autonomy is substantially more than 5 years away. If new hardware is required, this will be a big loss to those who paid $7,000 for “full self-driving” unless they can get upgraded, but it will likely not have a big impact on Tesla’s financial benefit, as it should be able to easily incorporate new hardware into new vehicles. While legacy Teslas would not be able to participate, the rapidly increasing rate of new vehicle production should enable plenty of supply.

However, the reality is that no one really understands the timeline for achieving the technical capabilities to safely operate a robotaxi for either urban or regional scenarios. Estimates for the release of the initial versions of urban autonomy (i.e., “feature-complete urban full self-driving”) given by Tesla have not yet been met. Even if it is imminent, it is just the first milestone on a longer road. For a robotaxi to operate, it must be able to do considerably more than achieve “feature complete” urban driving. It must get this working with extreme safety and consistency. It must gain the approval of regulators to be used on the roads at all. And for commercial robotaxi operation, it must gain the approval of other sets of regulators, including municipalities. For these entities, a big factor will be the problem of pickups and drop-offs in an urban environment.  It’s notable that when Uber drivers pickup and drop-off, they often perform these acts in contradiction to local driving regulations: people jump in and out of cars while the car is stopped at traffic lights; drivers put on their hazards and double park to wait for pickups, forcing others to go around them; cars pull in front of fire hydrants while people load — and so on. It’s unclear how an autonomous vehicle should even be programmed to behave. Should it behave like a typical Uber driver, or obey the letter of the law? Most streets are not designed with Uber pickup scenarios in mind, and due to the differences across regions, it’s unclear how long after the car can safely perform drop-offs it will be allowed to do so legally. Are we two years away? Five years away? Or longer?  It is very hard to have any confidence in a timeline.

This is a graph of Tesla vehicles with the necessary hardware for full self-driving capability, according to Tesla. How much longer until the software and regulations are ready?

On the other hand, the problem for long-distance regional robotaxis (e.g., between LA and Las Vegas or New York and Boston) is much easier. If you’re traveling to another city, going a few blocks to get to the vehicle in a safe loading zone is much more palatable to consumers. And the reliability of city driving when you are going on fixed paths towards highways, and then strictly driving on the highway, has substantially fewer edge cases.  Clearly, highway “full self-driving” is a much easier problem than its urban counterpart. It seems clear that the market for long-distance “regional” robotaxi travel, whose operation is 99% on highways, will be technically possible before urban Uber-like robotaxis. Long-distance high-speed travel will also be significantly more financially competitive with other existing options due to the per mile savings on fuel, depreciation, and maintenance.

Given time, both urban and long-distance regional scenarios are likely to be achieved by Tesla during this decade. Many argue not only that Tesla will achieve these, but they will do so before anyone else. Tesla has stated that it both plans to allow existing car owners to enlist their vehicles in the network and it plans to supplement the fleet with its own vehicles in urban markets that do not have enough participation from retail owners to meet consumer demand. These Tesla-owned vehicles would also include off-lease Model 3s as they are returned to Tesla. The Tesla Robotaxi Network may have dramatic implications for the financials of Tesla, and on the economics of Tesla vehicle ownership, due to the potential for owners to enlist their vehicles into the Robotaxi fleet when they are not using them. But the economics of such a business are not at all clear. A huge number of factors play into the potential profitability of such an operation, and there is little information on how this would be structured between vehicle owners and Tesla.

Some details that have been disclosed:

Tesla’s back-of-the-envelope calculations offer guidance into how they view the economics of the Tesla Network but fall quite short of providing a comprehensive forecast or model. Furthermore, some of their assumptions are admittedly hastily thought through. For example, it seems unrealistic that a Model 3 built in 2020 will still be on the road in a commercial capacity in 2030. Also, having an “all-in operating cost, including necessary overhead of cleaning and maintenance of $0.18/mile” seems optimistically low. Also, structuring the agreement with owners as a revenue share vs. profit share between Tesla and vehicle owners seems like it would create inefficiencies across various usage scenarios with different operating costs. While nobody other than Tesla insiders really knows what’s happening, it’s clear that Tesla is going to have to make a variety of business decisions regarding the direction they take and the tradeoffs they make with regards to owners and economics.

In response to Tesla’s announcement, ARK Invest published an open-source robotaxi financial model to quantify the potential economics that a network of this nature could operate with. Their model focused on the revenue, profit, cash flow, and NPV potential of a single vehicle throughout its operational lifespan. However, this does not address the nuances of an autonomous electric vehicle/ride-sharing network, nor the aggregate value created and captured by Tesla.

Inspired by ARK’s work, we set off to create a model that answers the fundamental question: What does this mean financially for Tesla and the owners of Tesla vehicles? We have tried to include the “known unknowns” to a large degree, and have also populated these with our assumptions. While our timing and the assumptions may not be correct, how those values affect profitability is more straightforward.

Using our mildly optimistic assumptions, based on the model offered below, it is estimated that Tesla could achieve a Robotaxi Network fleet size of 2.75M vehicles by 2026, generating revenue of just over $92B with profits of $31B. In the same year, retail owners of Tesla vehicles could accumulate a total of $21B in profits. This assumes that urban robotaxi scales very slowly starting in 2022, well after the anticipated dates by Tesla. We feel that the challenges of urban mobility related to pickups and drop-offs, which are currently often done against regulations, will delay the widespread adoption of fully autonomous robotaxis in urban settings in most large markets, though certain cities will allow this at low scale. However, even if urban robotaxis deployment is very slow, the much easier problem of regional mobility, presenting an addressable market of billions (between 75 and 300 miles) in the US alone, would be large enough to absorb all available vehicles for a few years.

Embracing the complexity and unique dynamics of the Tesla Network, this model aims to offer a sandbox for Tesla enthusiasts and analysts to inform their thesis on the company and the robotaxi space in general. Before digging into the model and aligning the assumptions with your expectations, here are a few notes:

In the spirit of open-source financial models, we welcome questions, comments, or other feedback. If you’re interested in layering more assumptions onto this model, please do so and share your work. If you would like us to republish this model, please send it to us.

About the Author: Haydn is a car and Tesla enthusiast. He conceived of Tesloop as a summer job while in high school. He is enrolled part time at Santa Monica community college, and is seeking out opportunities for further studies related to electrification and transportation in the near future.

Don't want to miss a cleantech story? Sign up for daily news updates from CleanTechnica on email. Or follow us on Google News! Have a tip for CleanTechnica, want to advertise, or want to suggest a guest for our CleanTech Talk podcast? Contact us here.
In this article:Tesla, Tesla Network, Tesla robotaxi 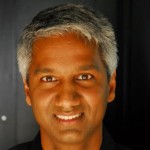