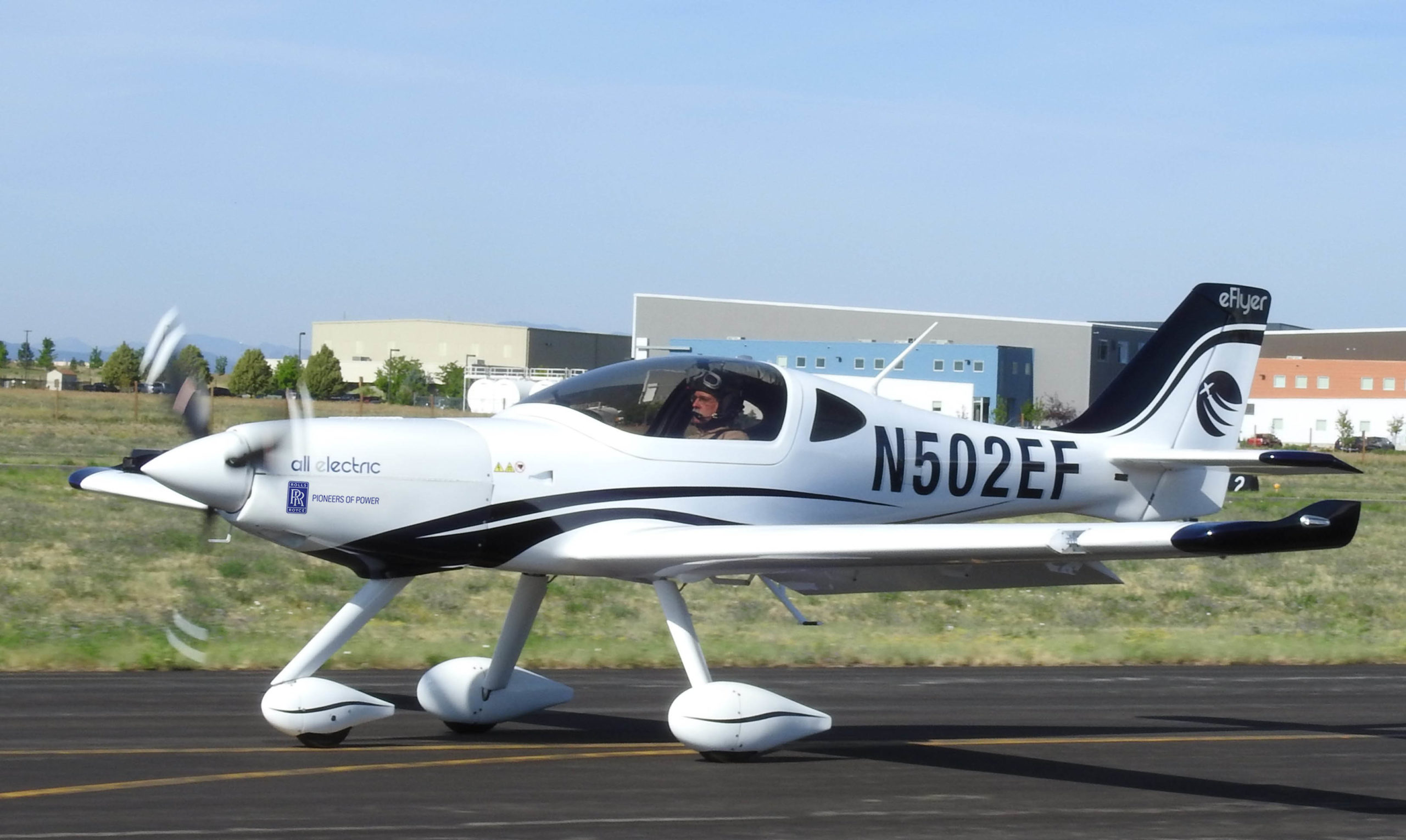 Quantum Air is another company I’ve been speaking with for some time. It came out of the woodwork a few months ago with a team of highly trained aviation professionals and advisers, including FBI pilots and FAA seasoned veterans. The company is eyeing 3 routes: urban, commuter, and weekend routes.

As Tony Thompson, founder and CEO of Quantum, told me, Quantum wants to provide a realistic alternative to automobile travel away from congestion and delays. If you live in Los Angeles you can understand why going for a weekend trip easily means 2 to 4 hours of highway congestion just to get to the deserts. And Quantum Air seems serious about it, as it says it is committed to providing tuition reimbursement for select OSM cadets.

OSM Aviation and Quantum have both placed substantial electric aircraft orders for the Bye Aerospace eFlyer. Based in Denver, Colorado, Bye Aerospace already has a 2-seat eFlyer and is working on a 4-seat variant. The eFlyer is already flying and I spent some time speaking with George Bye on how he is managing the company. More to follow on that. With significantly lower noise signature and enhanced altitude performance, the eFlyers will be delivered to the two companies starting at the end of next year.

OSM offering the Quantum-branded training program with access to the Bye Aerospace eFlyer aircraft is one of the missing key ingredients in today’s burgeoning UAM industry. Pilot training and electric aircraft schools need to deploy quickly if we are to hit the 2023 mark.

Thompson told us: “Quantum’s partnership with OSM means that Quantum pilots will fly commercially in essentially the same aircraft in which they trained. Quantum commercial pilots will be intimately familiar with their aircraft, setting a new standard for safety.”

This was followed by Espen Høiby, CEO of OSM Aviation Group, saying: “Air travel is instrumental in bringing people together both regionally and internationally. Since humans will always have the urge to explore this world, we need to find sustainable solutions to meet that need. Therefore, OSM Aviation is excited to join forces with Quantum Air to shape a greener and safer aviation industry in the years to come.”

According to Scott Akina, Quantum’s Vice President and Chief Pilot, whom I last spoke with at the NBAA in Las Vegas: “I expect to receive pilots from OSM who will already know Quantum’s aircraft systems inside and out. And this will be no small part of the reason why Quantum will run the safest operation in the airline industry.” Finally, George Bye, CEO of Bye Aerospace said: “Electric aviation, including our eFlyer family of electric aircraft, is the springboard for a movement that we believe will breathe new life into the aviation industry. That includes implementing creative ways to improve effectiveness, economic access to pilot training. The OSM-Quantum model, which focuses foremost on new professional pilot training safety, aligns perfectly with Bye Aerospace’s principles.”

Thompson says he wants Quantum Air to become the world’s first all-electric aircraft company that provides a viable alternative to the automobile. Its partnership with OSM Aviation shows it is putting the accent on infrastructure. As to OSM Aviation, it is a global aviation employment, technician training, and administration company with 6000 pilots and crew members across the globe. The company was founded in 1963 and will now provide the future of electric aviation education needed for the industry’s pilots.

Appreciate CleanTechnica’s originality and cleantech news coverage? Consider becoming a CleanTechnica Member, Supporter, Technician, or Ambassador — or a patron on Patreon. Don't want to miss a cleantech story? Sign up for daily news updates from CleanTechnica on email. Or follow us on Google News! Have a tip for CleanTechnica, want to advertise, or want to suggest a guest for our CleanTech Talk podcast? Contact us here.
In this article:Airplanes (Electric), Aviation, Bye AEROSPACE, electric aircraft, electric aviation, Espen Høiby, eVTOL, George Bye, Quantum Air, Scott Akina, Tony Thompson, UAM