Sometimes electric bikes stir up controversy. On ebike groups and forums, it’s common to hear about arguments getting started simply by riding one. If you pass a group of cyclists, especially the “Spandex Man” type, you can get ridiculed and even accused of “cheating.” Some jurisdictions heavily restrict or even ban ebikes, because they’re perceived as dangerous, or because an obsolete law considers them to be a motor vehicle.

Even worse, there are turf wars over electrified bicycles. In some places, cyclists push to get ebikes restricted from recreational paths and bike lanes. When places modernize their laws to allow electric bikes, there’s frequent pushback from cycling and environmental groups. One great example of this is the recent decision to allow them in national parks, which was met with opposition from dozens of outdoors and cycling organizations.

I kind of, sort of understand opposition to ebikes in some situations, but I was baffled to see that there are people arguing over throttles.

Before I get into the throttle vs. pedal assist argument, I want to give some background information that will help readers understand the issues involved.

First off, let’s talk a bit about the technology. Pedal assist bikes have a sensor that monitors the rider’s pedaling. When you pedal, the bike gives a small burst of power with the electric motor to make it feel like riding a regular bike. Many models have a setting where you can change the amount of help you get when pedaling, so you can decide whether you want to do most of the work, or whether you want the bike to do the hard stuff. This trade-off has an effect on not only how fast you’ll go, but also how much of a workout you get and how long the battery will last when riding.

There’s a variety of different options, in other words.

While not law in all 50 states, many places in the US use a system of classes to regulate electric bikes (but only under 750 watts). There are: Under this system, the presence or absence of a throttle makes a difference in classification, and therefore where the bike is allowed to operate legally. It’s not always clear whether a disabled throttle is enough to change classes, or whether the throttle must be completely removed from the bike.

On US federal lands, however, there are new rules that treat this differently. Electric bikes of all classes are allowed wherever a bike is allowed, but using a throttle any place where only bikes are allowed is against the rules. Instead of making the rule based on whether there’s a throttle, the rule says where you are allowed to use one.

Laws on ebikes vary quite a bit globally, and I can’t really cover all of those here. In many places, throttles are outright banned, while in others, they’re encouraged. Wikipedia has a basic summary of many countries’ laws here.

Arguments For & Against Throttles

Most of this comes from my experiences on social media, but there are some official positions different organizations take. What you encounter may differ (and I’d love to hear about that).

Ableism Is Not Cool

I’d like to get the worst argument out of the way first: the idea that one must earn access to bicycle only spaces through physical effort. I get it, in some ways. You’re working hard, and take cycling seriously. Now, there’s some lazy, overweight slob taking the easy way and they’re invading your space, and that has to stop! There’s one problem, though: this discriminates against the disabled and not just the lazy (and assumes you’d even be able to tell which is which at a glance).

I used to be in those shoes until I got injured. I used to ride unassisted all over my city, including some of my errands. I’d go 16 miles to the base of a mountain, climb it, descend it, and bike 16 miles home. I had a lot of fun, and got a lot of good exercise, until one day I had an encounter with a small raise on a driveway entrance that caught my tire just right, sending me flying over the handlebars. I got a fairly bad injury to my wrist that kept me from riding for 6 months, and kept me from doing most at-home exercises. I gained weight, and my asthma got markedly worse.

I would have loved to just get right back on the bike, but I wasn’t able to after my wrist healed. With the weight I had gained, the bike kept getting pinch flats, even at full inflation, whenever I went on anything but pavement. On anything but a short ride, my asthma would flare up. I tried walking and jogging to build up some ability again, but my knees weren’t liking the extra weight I’d gained. I felt really stuck, and depressed. I loved biking, and I couldn’t do it.

And then I got an electric bike. I’m back in the game again. If my asthma flares up, I can hit the throttle or a high pedal assist setting for a few and keep riding. Same thing if my knees start to hurt, just twist the throttle to get home. I’m hoping that over time I can build my lung capacity back up, lose weight, and get back to where I was. For the first time in a while, I feel like that is within reach.

There are some people who wouldn’t use the ebike like a crutch, though, because they’re not going to get better over time. The elderly, the permanently disabled, and those with long-term injury issues could get into biking and join us on the road with an ebike. They don’t deserve to do that any less than the rest of us.

The safety throttle vs. pedal assist argument doesn’t suffer from the thinly veiled bigotry that the last one does, but it does have flaws.

A bicycle going 20 MPH is just as safe whether a person pedaled it up to speed, the throttle did it alone, or some mix of human and machine effort happened through pedal assist. Either way, you have an object traveling at 20 MPH. The rider isn’t going to suddenly weigh less if the throttle is removed from a Class 2 ebike. The kinetic energy in the event of a collision is going to be the same.

Laws that only allow pedal assist bikes because they think it’s safer have nothing to stand on. It’s an argument with no basis in reality.

Environmental Concerns Have Some Merit

The emissions of an ebike aren’t going to differ based on throttle vs pedal assist. On pavement, the impact of an ebike being pedaled versus one using a twist throttle is nothing. The difference occurs when the bike is on trails.

I’ve actually tested this on a dirt driveway. When there’s pedal assist, the power doesn’t come in big bursts, and rarely breaks traction. Using throttle, though, I’ve managed to do “burnouts” in a couple of situations. The amount of damage to the surface from sudden full throttle is definitely higher than when pedaling. The difference isn’t much, but multiplied by hundreds of riders over and over, a mountain biking trail won’t last as long between maintenance work if everybody is flogging the throttle.

Beyond maintenance, tearing up the land can lead to other environmental issues. Changing water flows and cutting down vegetation leads to more erosion in an area. On top of that, in dry areas you’ll find cryptobiotic soil crusts that are quite fragile. Staying on trails is important for this reason, but tearing a trail up more leads damage outside the trail, or even expansion of the trail in some cases.

This is a case where the Department of the Interior rules make a lot of sense. Instead of banning throttles altogether, they took a more narrowly tailored approach and said to not use the throttles in places where motor vehicles aren’t otherwise allowed.

I know this isn’t an exhaustive list of all arguments for and against electric bike throttles. I also know that there may be more to these arguments than I’ve managed to dig up. I’m open to more information.

What I do know for sure is that we shouldn’t have rules and restrictions on ebikes without some real data and science to back it. Without compelling reasons for bans and restrictions, the people who deserve it least will be impacted the worst. We shouldn’t do things that may harm the elderly, the disabled, and the injured without really good cause, or in other words, to avoid even bigger harms.

More importantly, though, we need to be careful even when there is sufficient information to justify restrictions. The restriction needs to aimed at solving the identified issue. The mere fact that there’s a problem to solve shouldn’t be taken as license to do whatever. Laws and rules need to be narrowly tailored to fit the problem and not cause unnecessary inconvenience or harm.

At the end of the day, it all comes down to putting our thinking caps on.

Don't want to miss a cleantech story? Sign up for daily news updates from CleanTechnica on email. Or follow us on Google News! Have a tip for CleanTechnica, want to advertise, or want to suggest a guest for our CleanTech Talk podcast? Contact us here.
In this article:ebikes, pedal-assist 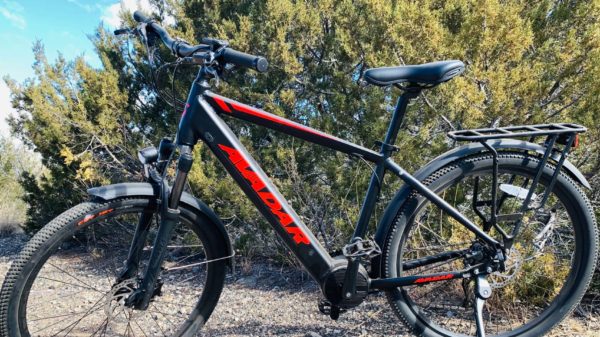