Okay, let’s be frank: Tesla pushed the EV revolution up to today. Volkswagen Group execs, to their credit and honor, have basically said the same. Good on them. Also, before I completely shift away from Tesla and focus on Volkswagen, I certainly do think Tesla has a multi-year advantage on some key EV matters and I drive a Tesla Model 3 because I think it’s the best car on the market. Nonetheless, “first followers” are often just as important as leaders.

But hey, what are you talking about, Zach — Renault’s got the Zoe, Nissan’s got the LEAF, BMW’s got the i3 and a full basketball team of plug-in hybrids. Yeah, yeah, I know — I was writing about how much better those cars are than their gasoline competition 5+ years ago. However, there are a few notable differences with the Volkswagen electric wave that’s starting to rise.

First of all, presumably, the Volkswagen ID.3 will have a purchase price fairly close to the price of a normal Skoda Octavia, Renault Megane, Peugeot 308, or Golf, and and subsequent EV models from Volkswagen Group will be similarly competitive on sticker price. Total cost of ownership is one thing, but most buyers don’t give it much weight. Price competitiveness at the register and then saving buyers money is big. You could argue some other EVs already offered that, but the Renault Clio has been considerably less expensive at the register than the Zoe, and the Chevy Bolt’s MSRP is way out in front of the MSRP of a Trax, Sonic, or whatever a consumer would superficially compare it with. (I hear you can get great deals on Bolts at some dealers. Though, I wouldn’t count on many normal consumers discovering that.)

The ID.3 and subsequent EV models also appear to have a minimum range that is going to be acceptable for most consumers, rather than something that is probably adequate but scares away all but the most hardcore EV followers. And the Electrify America network in the US and Ionity network in Europe are filling in a lot of important gaps for road trips with superfast EV charging. Perhaps most importantly, it looks like Volkswagen is going to be prepared to produce a lot of these. We’ll see, but as several Volkswagen fans (employees?) have pointed out to us, there’s an enormous amount of battery production capacity already in place or going up right now to supply Volkswagen Group models with the batteries they need, even if these vehicles become mass-market products. The Hyundai Kona EV and Kia Niro EV could have been massive hits, but production capacity has been so limited that they are more like footnotes. We’ll have to wait till Volkswagen delivers the goods to prove that its ID models won’t deflate enthusiasts in the same way, but from what I’ve seen and heard, Volkswagen is almost ready to make these ID models mass-market vehicles.

Fifth, the ID.3, ID.4, and other Volkswagen ID models look good. The designs are not so weird that they only appeal to weird people (like me). They are not identical to gasoline models either. They are sleek, appealing, and futuristic — but not too much so. It appears that Volkswagen is indeed targeting vehicle classes below Teslas. I don’t think it’s debatable that a head-to-head matchup with a Model 3 is something no automaker is prepared to enter, but as long as attractive, mid/long-range electric vehicles can be offered for several thousand dollars less, there’s an enormous market ready for the taking. There are many people who would like a nice new EV but don’t feel comfortable stretching for a Tesla Model 3, or can’t get the financing for one since banks take into account sticker price rather than total cost of ownership. Again, Volkswagen’s coming ID models appear to have a mass-market sticker price and they benefit from the low cost of ownership of electric vehicles, which means they offer a considerably lower total cost of ownership than class competitors. We’ll get more information from Steve Hanley this week as he trounces around Volkswagen’s refreshed, 100% EV Zwickau factory in Germany, and as German chancellor Angela Merkel oversees the start of ID.3 production there, but you can be certain I’m on the edge of my seat eager for more details regarding current production capacity as well as 2020, 2021, and 2022 production plans (the main topic of questioning I sent to Steve). 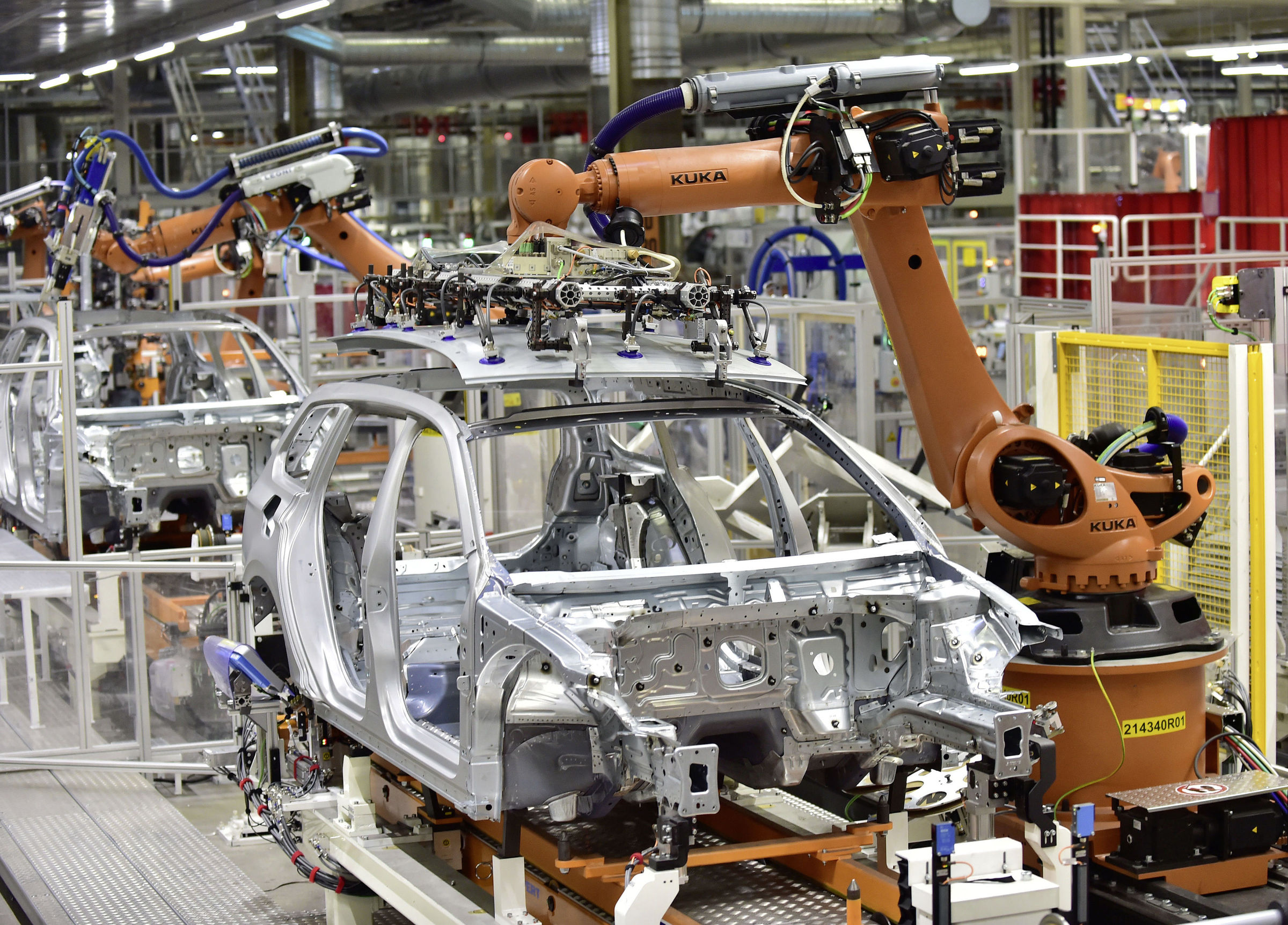 Oh yeah, regarding that “tipping point” in the headline: Up until now, Tesla has been pushing the auto industry toward a tipping point. No doubt about it, Tesla inspired some of VW’s newfound electric focus and also enabled governments (in Europe, US, and China) to set stricter emissions standards or electrification mandates. No doubt about it, Tesla’s ~400,000 vehicle sales a year take business from other automakers. However, no automakers have suffered so much yet that they are closing down shop. If Volkswagen is really prepared to storm the beaches in the next couple of years with ID models, combining that with the Model 3’s continued popularity and the arrival of the Tesla Model Y could put some other automakers in the red. I’m not going to name names right now, but if Tesla and Volkswagen together took 15–30% of your business, you’d have some bad surprises for shareholders and employees. Stay tuned …

Why Is Tesla Now The Most Valuable American Automaker?