Tesla & The Illusion of Masculinity

An old Tesla article, “Tesla’s Chief Driver of Success: Masculinity,” published by The Huffington Post has resurfaced on Twitter and I was tagged in a tweet asking for my thoughts on it. The article, published in 2014, highlights an outlook that many have not just on Tesla, but on the auto industry as a whole. The article is also like an old baby photo that one can look back on and see how far Tesla has come along, changed, and how it’s doing now.

What does #Tesla mean to you?

The author’s opinion is that a Tesla is a man’s type of car. He said that the “symbolic solution” is the Tesla man, a guy who is a rugged CEO, who has the prestige, knowledge, and success of the markets and tech, yet also has a good heart — he cares about the world. He’s the ultimate “fanboy,” as critics often label both male and female Tesla fans.

The author crafts for us a portrait of, well, pretty much the ideal man — almost as if he was writing a character for a romance novel and not describing who he thinks Tesla supporters really are. Everyone is entitled to their opinions and I can certainly understand why he would think this about Tesla fans — after all, the auto industry has been marketed more towards men than women for decades and a car has been seen by many as a portrayal of masculinity.

Example: when I was a kid, my mother would buy me happy meals from McDonald’s. She refused to let me get the ones with Hot Wheels because those were for boys. This leads my thoughts to another topic: labeling. Labels are great tools for organizing, but when it comes to people, we tend to go overboard. We put labels on people too quickly and too firmly. We put people in boxes and if they don’t quite fit in those boxes, then they must not be that label we thought they were, which compels some to leap and call the person a fraud or a fake — because of how we perceive the label that we have labeled them with. You follow?

I’ve now driven 90,000 electric miles in Phoenix, my @Tesla Model S! The last time I went to a gas station for my personal car was Sept 2013. When I’m home, my car is charged by the solar panels that sit on the roof of my home. Welcome to the era of the #SunlightRevolution pic.twitter.com/YmirZ8ZP7i

The “man” is seen as the breadwinner, go-getter, and doer, while the woman is seen as the passive one who is taken care of. This old way of thinking still permeates many cultures around the world, even ours. Even as women are working alongside men, even as they run for President of the United States, fight for equal pay, and make their voices heard, society still separates and labels. Being a doer, it seems, is a form of masculinity, while being relaxed or at ease is more feminine.

My former husband once told me that I should always have my nails, hair, and makeup done at all times, because it’s what a woman does. God forbid I get caught going to the store in sweatpants. These labels that we put on people because we believe them to be true are what separates us in a negative way. These labels are the source of wars fought in history — they create the us vs. them mentalities that make us “right” and them “wrong,” when something’s not even right or wrong but just perception. 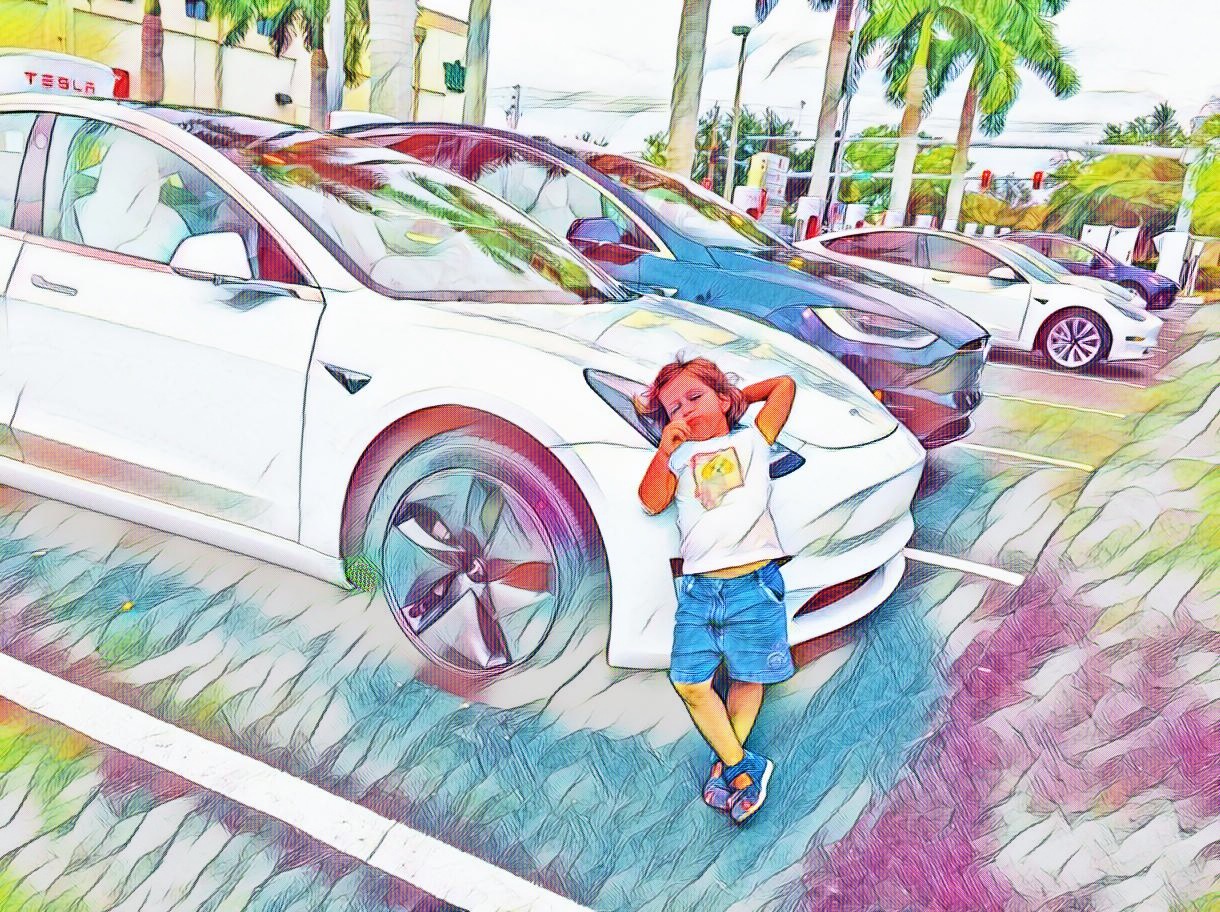 There is a Facebook group called Tesla Divas. They are mostly Tesla owners and shareholders, with a few oddballs like me (I don’t drive, so, therefore, definitely don’t own a Tesla or any other car). In this group, there are over 4,000 women. In fact, back in July, I interviewed a few women who love Tesla.

Get yourself a “Money Printer on the Roof” just like @elonmusk mentioned.

Unless you enjoy throwing your money away. It’s a no brainer deal, & here is my Tesla Solar system’s performance for this month.#Tesla #Solar pic.twitter.com/6yAesfVvAI

In 2014, when the article was published, Tesla was already making the Model X. Today, the Model 3 has been named the best selling car in some countries and has won several awards. Tesla has grown so much so that people of all stripes in every industry are embracing it. With products to meet almost every type of driver’s needs, Tesla, to me, is for everyone. It’s not just for men. It’s for everyone.

We as humans label one another and the things we do. Cars are for boys, dolls for girls. Blue for boys, pink for girls. Women must not have calluses on their hands, their appearances must be kept up at all times, they must exude femininity or else be seen as a man. These types of labeling ultimately create toxic scenarios that could harm someone’s self-esteem. I cried the first time my husband called me a man. I am no longer married to him and have learned since to love myself — but pointing to a woman’s flaws and labeling her as not being feminine or good enough is wrong. So is doing the same thing to a man.

We need labels for the organization of things. It’s how we as humans process. But let us not get so caught up in matching the exactness of a label that we forget our own humanity. It’s not about masculinity, but humanity.