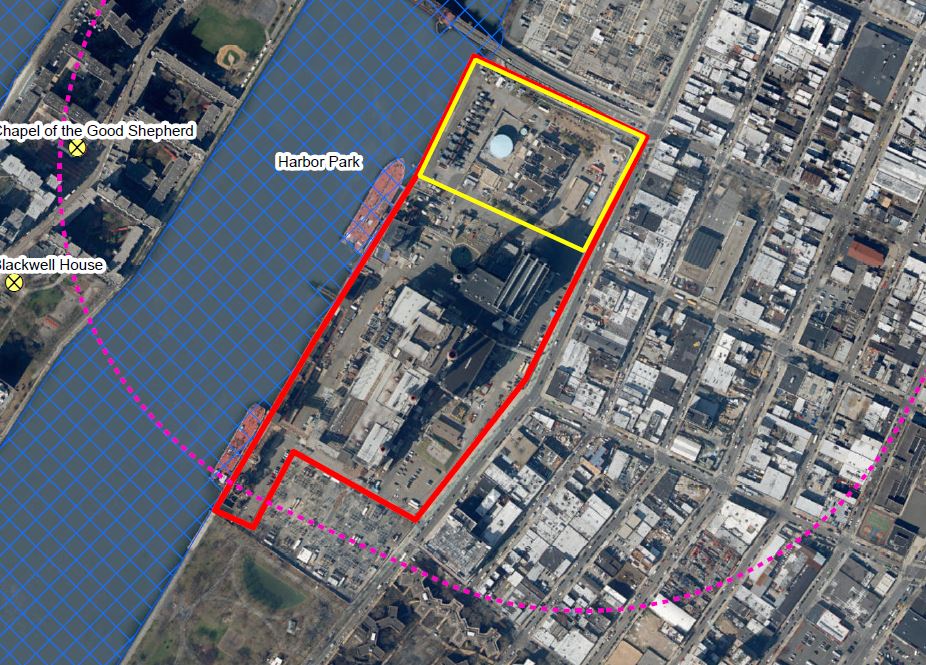 A site on Vernon Avenue in Queens, New York, once was home to 16 gas powered peaker plants. Only 2 remain in operation today. Soon, all of them will be demolished to make room for a 316 MW/2528 MWh storage battery that will be the largest in the world. The proposal to build the new facility was approved last week by the New York Public Service Commission.

According to PV Magazine, Ravenswood Development, the current owner of the peaker plants, plans to build out the project in three phases — 129 MW, 98 MW, and 89 MW. The first phase should be completed by March, 2021. No timetable has yet been announced for completion of the second and third phases of the project. Once fully deployed, the 316 MW of power would meet just over 10% of the New York State’s goal of 3,000 MW by 2030.

The proposed storage project will consist of 136 battery storage and inverter units, 64 of which will be double stacked on the property. In the specifications submitted to the PSC, the Sunny Central Storage 2500-EV-US Inverter is listed as the inverter that will be used at the site. A study suggests that when in operation, the enormous battery will raise the noise level at the site by only 3 decibels, an important consideration because there is a residential community nearby.

Ravenswood Development acknowledges that the electricity stored in the Queens battery could come from any source — including coal or natural gas — but that the facility will lower carbon emissions in the area because it will make it possible for local utilities to curtail the use of peaker plants, which tend to emit high levels of carbon dioxide when they are brought online. And of course the more renewable energy is available to the local grid, the lower those emissions will be.

Currently, the world’s largest announced lithium-ion batteries are the 409 MW/900 MW facility planned by Florida Power & Light, the 300 MW/1200 MWh system by Vistra Energy at Moss Landing in California, a 182.5 MW/730 MWh system by Tesla also at Moss Landing, and the recently announced 300 MW/1.2 GWh Eland facility by 8minute Solar Energy in Los Angeles. Not only will the Queens facility have a larger storage capacity than any of those facilities, it will be one of the first in the world to offer 8 hours of storage.

The path to the future is clear — larger storage projects with longer storage times. Both will be a welcome addition to the renewable energy revolution.

Don't want to miss a cleantech story? Sign up for daily news updates from CleanTechnica on email. Or follow us on Google News! Have a tip for CleanTechnica, want to advertise, or want to suggest a guest for our CleanTech Talk podcast? Contact us here.
In this article:New York, new york city, Queens