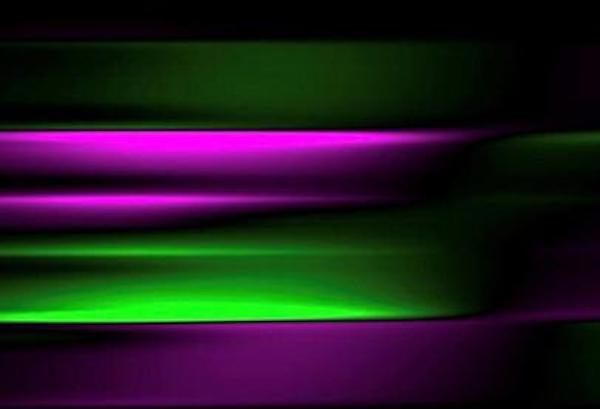 "Magnetic field data that shows the formation and decay of the excitons generated by singlet fission" by A. Asadpoor Darvish, McCamey Lab (no usage restrictions) https://www.eurekalert.org/multimedia/pub/209043.php

The next generation of low cost, high efficiency organic solar cells is close at hand, except for one stubborn problem that is way too long to describe in a lede. Trust us! Researchers have been hammering away at the challenge for years, and it looks like a team at Columbia University has finally come up with a solution.

“Magnetic field data that shows the formation and decay of the excitons generated by singlet fission” by A. Asadpoor Darvish, McCamey Lab.

What Is The Problem With All Your Organic Solar Cells?

To understand the problem, it helps to understand why there is a problem, and that begins with another problem.

For many years, the preferred material for solar cells has been silicon. It’s efficient, but pricey. That’s a problem when low cost natural gas is breathing down your neck along with competition from other energy sources.

The US Department of Energy, for one, has been on a mission to bring the cost of solar power down, and that means searching for cheaper materials that pack a reasonable efficiency punch.

That explains why the Department of Energy and other federal science agencies have been promoting organic solar cells. They are not as efficient as silicon when it comes to converting solar energy from the sun into an electrical current, but they are lighter, cheaper, more flexible, and easier to manufacture at high volume, using methods that are similar to conventional manufacturing technologies like to roll-to-roll printing.

If you’re thinking thin film solar, run right out and buy yourself a cigar. Thin film solar cells have been creeping up on silicon in the solar conversion race, but they have still have an efficiency problem.

The good news is that researchers have identified a promising pathway toward bumping up the efficiency of organic solar cells. That pathway popped up in recent years with the discovery that you can tailor organic solar cells to perform something called singlet fission.

There is an explanation. “Singlet” refers to the standard part of the process. When one photon hits a conventional solar cell, it can produce one exciton. A photon is the unit of measurement for light, and exciton is fancyspeak for the state of matter that produces the electricity.

So, there’s your singlet. That goes for any solar cell material, organic or not.

The fission part comes in when your solar cell includes a material that can get you two excitons for the price of one photon. Here’s the explainer from Columbia University:

“…there are some molecules that can be implemented in solar cells that have the ability to generate two excitons from a single photon – a process called singlet fission. These solar cells form the basis for next-generation devices, which are still at infancy.”

So, What’s The Problem With All Your Solar Singlet Fission Cells?

The problem is that so far, researchers have not been able to coax the two excitons into life for more than a few nanoseconds. In terms of solar conversion efficiency, that actually makes things worse than the normal one-to-one equation.

The Columbia research is significant because the team successfully demonstrated that their tailor-made organic molecules could generate two excitons per photon, and keep them alive long enough to function effectively as electricity generators.

Loosely speaking, the solution involves separating the two excitons within a molecule while allowing them to remain somewhat tied together.

For all the details look up “Ultra-fast intramolecular singlet fission to persistent multiexcitons by molecular design” in the journal Nature Chemistry.” Here’s they money quote:

Got all that? Spoiler alert, the team’s approach worked:

“This ’energy cleft’ concept allows us to combine the amplification and migration processes within a single molecule, with rapid dissociation of tightly bound triplet pairs into individual triplets that exhibit lifetimes of ~20 µs.”

So, there’s your energy cleft. CleanTechnica is reaching out to Columbia for some insights regarding next steps for the research. A team at Lawrence Berkeley National Laboratory is also hot on the trail of singlet fission.

Image: “Magnetic field data that shows the formation and decay of the excitons generated by singlet fission” by A. Asadpoor Darvish, McCamey Lab (no usage restrictions)