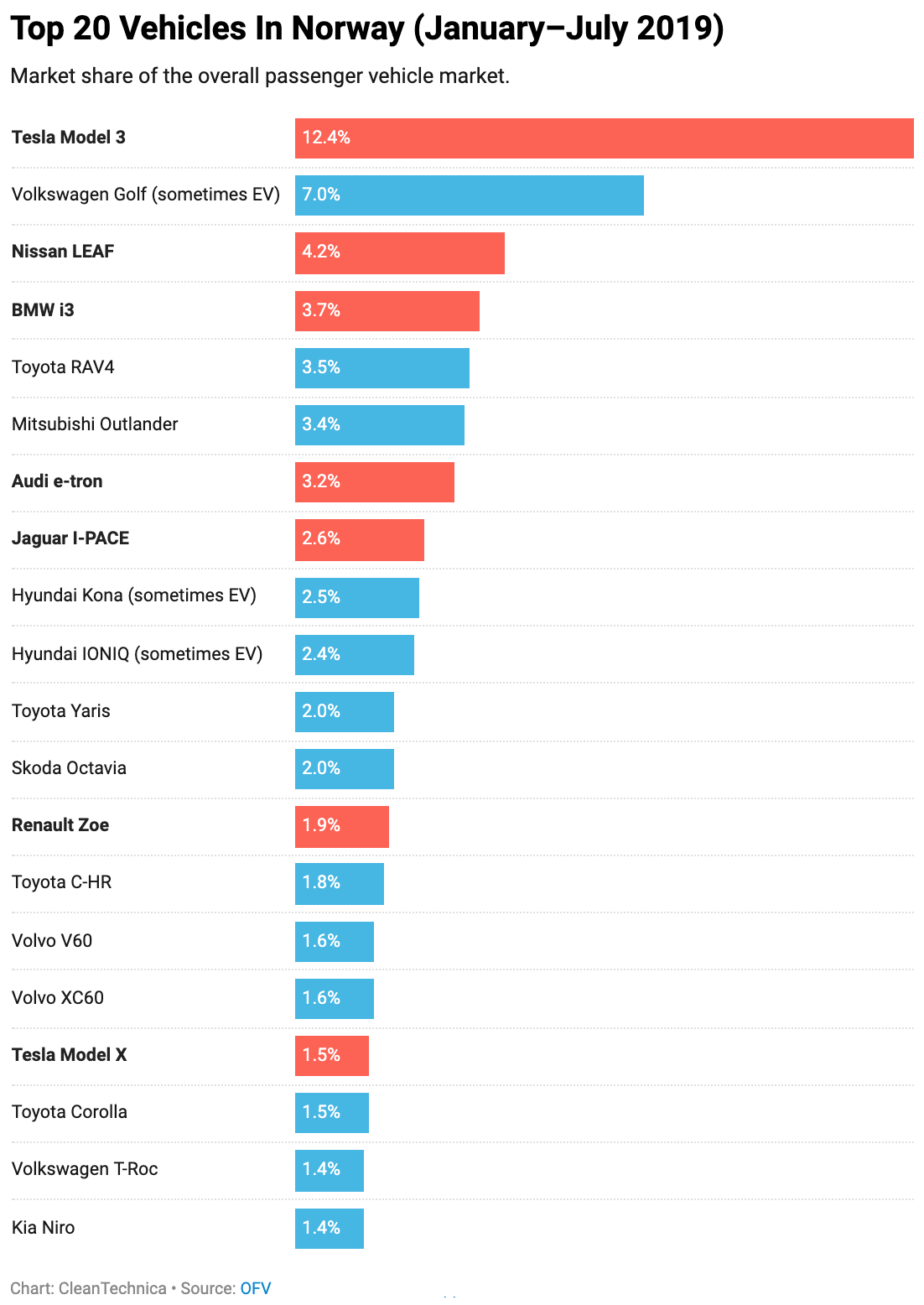 California’s a huge market for Tesla, the Netherlands loves Tesla, Switzerland loves Tesla, but no state or country is as Tesla obsessed as Norway. If you’re like me, you’d like to check your senses now and confirm the 38% related to fully electric vehicles, not also plug-in hybrids. Indeed, that’s only for the purest of the pure, while another 25% were hybrids, 41% of which were plug-in hybrids. That means nearly 50% of new vehicle sales were plug-in vehicles sales.

King of the hill among all of these electric and electrified vehicles, as usual, was the Tesla Model 3. The Model 3 is so popular there that it accounted for 12.4% of the Norwegian auto market in January–July of this year. Good luck finding a country with a 12.4% EV market share, let alone a 12.4% Tesla Model 3 market share. That percentage means that one out of every eight vehicles sold in the country was a Model 3 — not for one month, not for two months, but for a 7 month timespan.

For some more perspective, #2 on the list is the Volkswagen Golf at 7% market share, and the #3 Nissan LEAF is another sizable step down to 4.2% market share. Not too shabby, but clear levels below the #1 Model 3.

The Golf sales includes electric Golfs and non-electrics, but most should be the electric version. Here’s a chart on the top 20 with those figures embedded:

It’s sort of wild to see these Norwegian stats, even though it’s also so logical, and it’s especially wild to see the charts that come from them. Norway is an EV powerhouse, and Norwegians love the Tesla Model 3.

Regular readers may wish to check out now, but people new to the topic might be wondering at the moment how a single model can account for much of a country’s vehicle sales. Some reasons include: