Did Tesla’s Autopilot Detect A Falling Meteor In Australia?

It was a dark and stormy night with low clouds and light rain. David McLeod and his son George were traveling back to Warrnambool from Geelong on the Princess Highway. The roads were empty with almost no traffic in either direction. George was driving their 2017 Tesla Model S 100D on Autopilot.

Just as they passed Pirron Yalloc, Tessa, their Model S, alerted them and asked George to take control.

Driving home at night with Autopilot engaged.
Suddenly the alarm sounded and the car asked for driver to take control.
My son said “What the …?”
A second later a meteor passed over in front of us and landed in a paddock.
Has anyone heard of this happening with Autopilot?@tesla

“It wasn’t the loud collision alarm that sounded. It was just the ding, ding. Autopilot not available, please take control message,” says David.

Dark, stormy nights, empty streets, and suddenly the car seemingly randomly gives off that warning? This probably seemed like something straight out of a Goosebumps novel. Screenshot provided by David MacLeod. Shows the area where the meteorite fell.

According to David, “George exclaimed, ‘What the…?’ just as a sudden brilliant green meteorite silently passed by.” In David’s own words, “the meteorite broke down through the low clouds and became visible just in front and to the left of the road. Autopilot saw the meteorite a full second before we were able to see it. It was only visible for a few seconds as it flew further to our left and disappeared.”

David wasn’t sure if it burnt out or went down behind some trees, but he and his son were amazed at how low it was when they first saw it. “Perhaps 100 or so meters from the ground.”

I asked David if the meteor made any sounds. He replied, “No other noises, just the warning that autopilot was not available and to take back control. The meteor was eerily silent, just a fiery green light. There was no impact explosion or light flash. It just disappeared when it got close to the ground.”

They were able to take a deep breath after George handed control back to Tessa, and they were wondering just how Tessa spotted the meteor while it was still above ground. Perhaps this is a question Elon or the team at Tesla could answer. We all know that Tesla’s Autopilot is able to detect everything going on around the car — pedestrians, other cars, potential threats, etc. But could Tesla’s Autopilot actually detect a potential threat from above the car? The big question for David is, “Did the car radar pick this up before it was visible to a human or did the car cameras detect the fiery glow moving through the clouds before we did?” We’ve reached out to Tesla about this but have not yet heard back. If we do, we’ll update the article or write another. 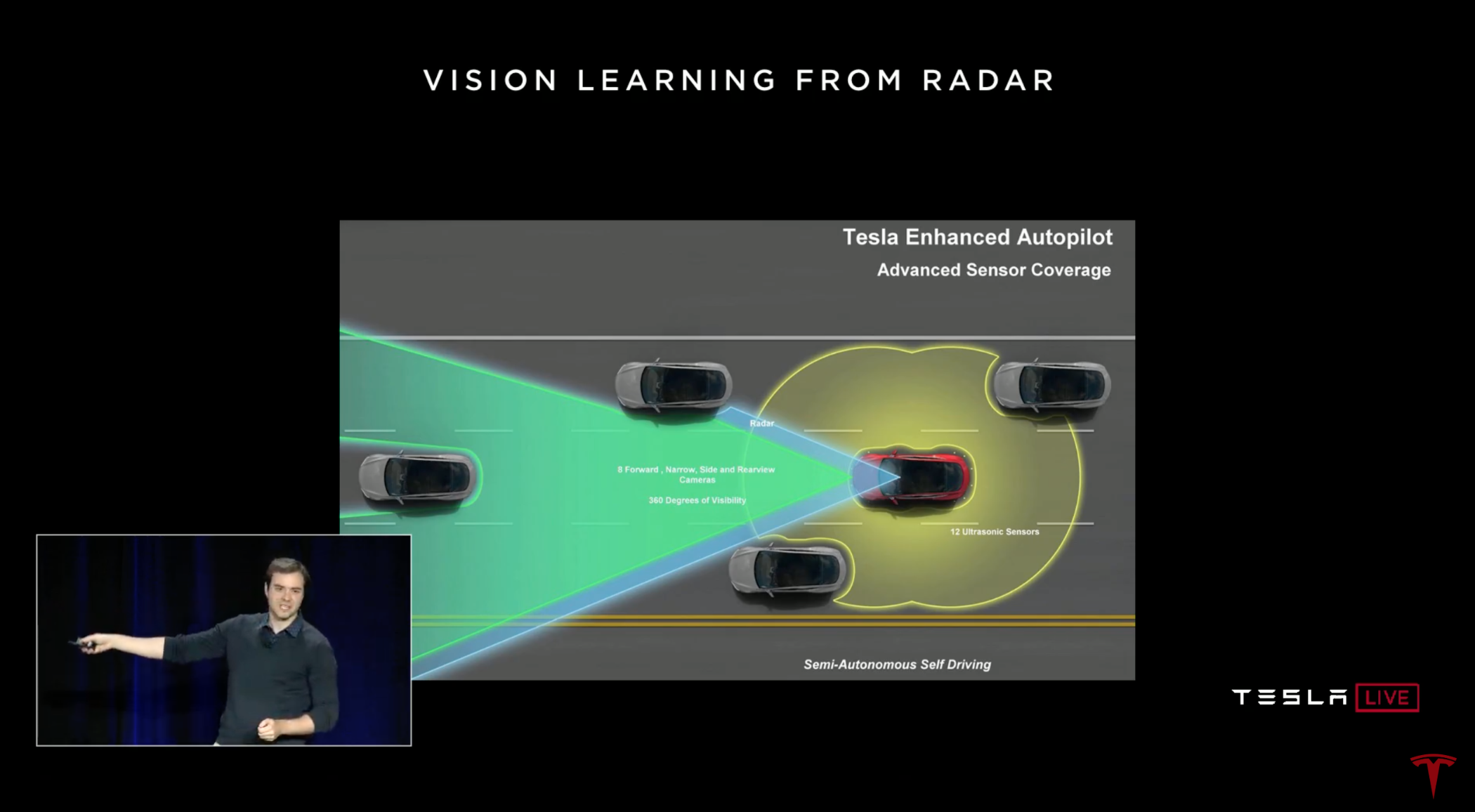 David added, “I’ve used Autopilot many times on this road and it’s never disengaged before. Plus line markings were good and visibility wasn’t too bad.”

Unfortunately, everything was happening too quickly for David and his son to even consider pulling out their phones to record a video, and they don’t have a dashcam. The Perseid meteor shower has been making headlines, and two days ago, according to many news outlets, the meteor shower was set to peak on Monday and Tuesday. However, David’s incident was the previous Sunday.

Have you seen this one? What do you think? Follow 👉 @spacersofficial⠀ .⠀ When a meteoroid, comet, or asteroid enters Earth's atmosphere at a speed typically in excess of 20 km/s (72,000 km/h; 45,000 mph), aerodynamic heating of that object produces a streak of light, both from the glowing object and the trail of glowing particles that it leaves in its wake. This phenomenon is called a meteor or "shooting star". A series of many meteors appearing seconds or minutes apart and appearing to originate from the same fixed point in the sky is called a meteor shower. If that object withstands ablation from its passage through the atmosphere as a meteor and impacts with the ground, it is then called a meteorite.⠀ -⠀ Credits @Astromate⠀ -⠀ #space #universe #cosmos #spacefacts #science #astronomy #exoplanet #physics #time #earth #planets #stars #galaxy #bigbang #nasa #iss #moon #world #carlsagan #tesla #elonmusk #astrophysics #physics #spacex #mars #spacefacts #sciencefacts #meteor #future #science