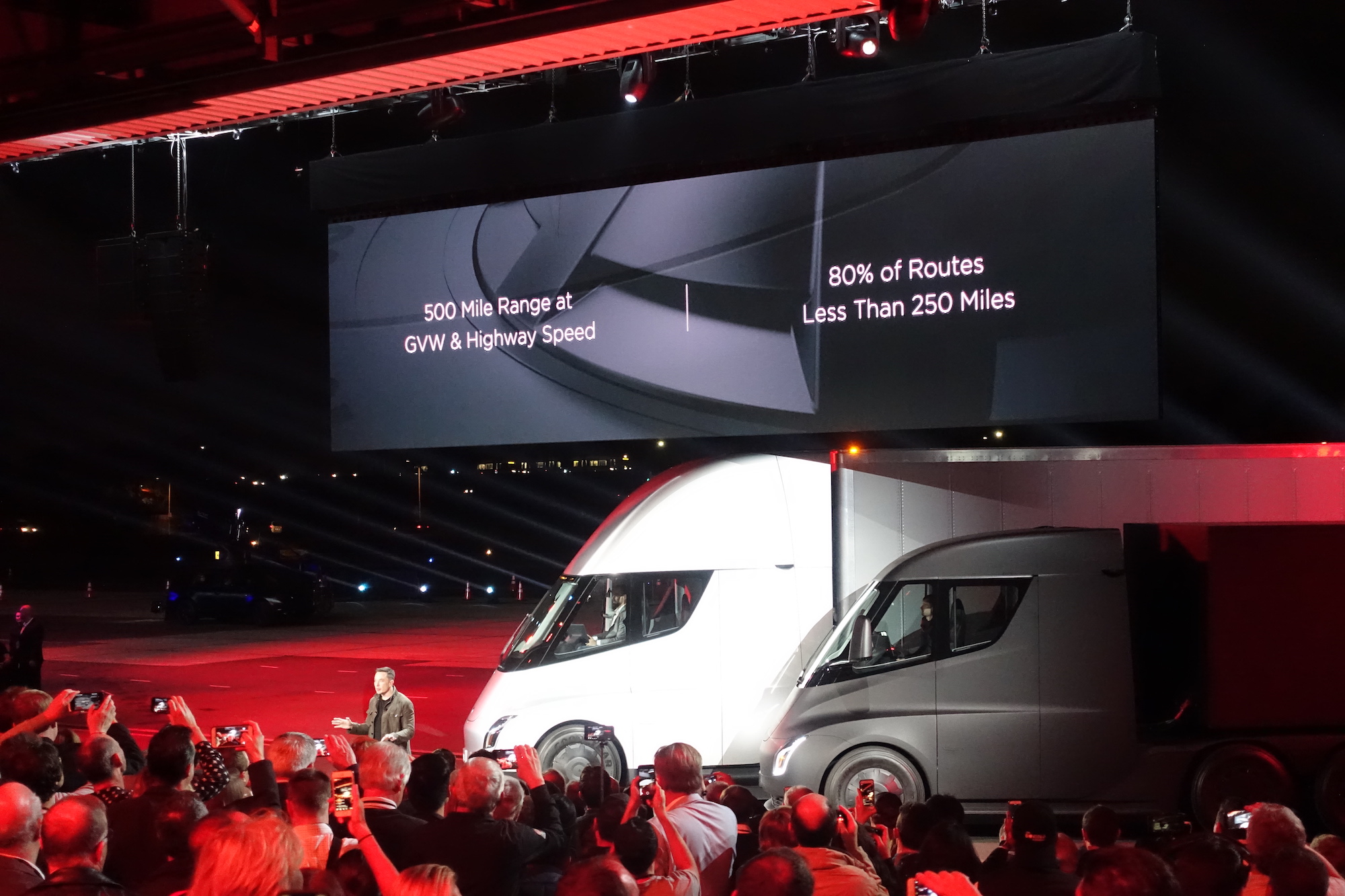 On May 1st, 2019, Twitter user Spender Uttley was driving down Highway 101 in California when he spotted a rare Tesla sighting: the Tesla Semi! However, as you can see in the video he sent to TorqueNews, he noticed something a bit different about this Tesla semi: It looked to him like it was driverless.

He shared it with TorqueNews, which broke the story of a potentially driverless Tesla Semi. The article mentioned that it was a bit creepy to see a driverless semi truck and posed a question as to what Tesla could have been testing.

If you look closely into the darkness behind the steering wheel, you can actually spot eyes. So, there is a driver there. However, it seems like his hands are not on the wheel and Tesla Autopilot is in control. (Maybe.) Have a watch:

I asked the editor of TorqueNews, Armen Hareyan, more about his thoughts on the Semi. He replied:

“In May 2019 Uber announced that its self-driving Semi trucks are already on the road in Arizona, thus, I am not surprised that Tesla, whose Autopilot is improving day by day, may be working on a self-driving Semi, and testing them on California highways. … Eventually, all the freight forwarders or companies like Amazon and Walmart would love to have self-driving trucks to cut their costs. This will change the future of the trucking industry as we know it today. Unfortunately, millions of truckers around the world will have [to] look for other jobs or professions.”

My Thoughts On The Self-Driving Semi

After watching the video a few times in awe, I got more excited about how Tesla is changing the industry. However, I am divided on the issue of trucking jobs. To be honest, I hate being near the large trucks due to how big they are and how often drivers tend to get into accidents. Sometimes, when crossing the street, one will take a sharp turn and it looks as if the truck is going to fall on me. I quickly back as far away as I can until it passes.

I understand Armen’s sentiments. Many people need their jobs, but when there is growth, there are often challenges that go hand-in-hand. Tesla is evolving the auto industry, including trucking. As we evolve, I am staying positive and hopeful that more jobs will emerge in the transition.

After all, there is more to a truck driver’s role than just driving the truck. A good friend of mine is a truck driver and she’s told me about all of the other aspects. They handle paperwork, load & unload the goods, make sure the right delivery gets to the right customer, and more. So, despite the potential loss of jobs, I am staying hopeful.

This also makes me wonder if Tesla would consider making buses, emergency vehicles, and even ships/boats. I could definitely imagine my life living on a houseboat made by Tesla. As soon as we get those hurricane warnings, we could just go up river to safety. The future is definitely exciting for Tesla as it continues to advance every industry it takes on.

Don't want to miss a cleantech story? Sign up for daily news updates from CleanTechnica on email. Or follow us on Google News! Have a tip for CleanTechnica, want to advertise, or want to suggest a guest for our CleanTech Talk podcast? Contact us here.
In this article:Tesla, Tesla autopilot, Tesla self-driving vehicles, Tesla Semi, Tesla trucks