Airbus is letting no time go by (while Boeing deals with self-inflicted problems) by announcing more electric air mobility news, that of a hybrid aircraft with the French turbine company Safran and airplane maker Daher. And to prove the point that urban air mobility (UAM) is doing very well, Airbus aims to have the airplane ready by 2022. 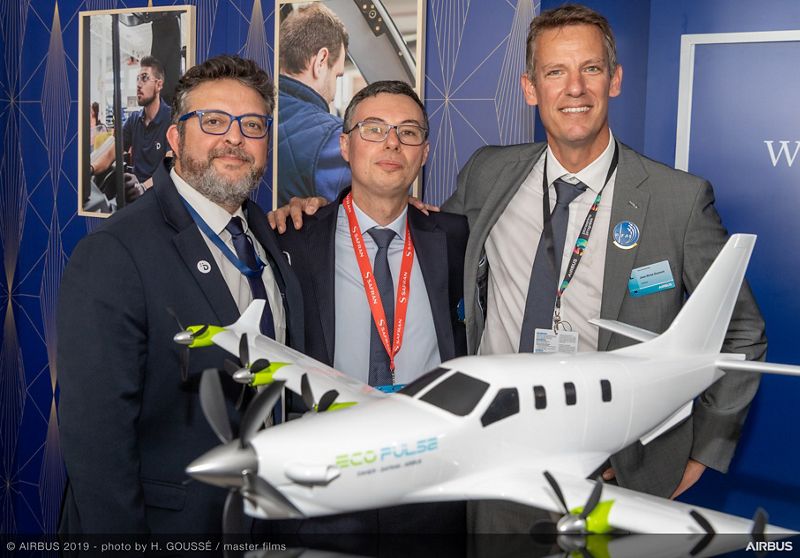 An Airbus Daher & Safran Hybrid Aircraft Coming Near You Soon

To think that turbofan bypasses were the talk of the aviation industry a few years ago only to now have these little electric aircraft pop up everywhere — in the form of airplanes or vertical take-off & landing (VTOL) aircraft.

The two routes taken to answer growing UAM needs are electric VTOL (eVTOL) aircraft and electric conventional (eCTOL) airplanes. The Daher, Airbus, and Safran project uses a TBM airframe with its Pratt & Whitney PT6A turboprop as well as 6 Daher electric motors mounted onto the leading edge of the wings.

How the 3 companies interact to create the hybrid aircraft is as follows: Airbus handles the aerodynamic integrations, installation of batteries, and control systems into a conventional Daher TBM airframe. Safran is in charge of the electric propulsion system, which means electric motors and the battery system. Since the aircraft is a hybrid, it can cruise on electric power and only use its turbines for take-offs or other energy-intense situations. This makes this airplane is ideal for late-night commuters to secondary airports, something many will rejoice to hear.

According to Airbus on AVWeb:

“This project, kick-started by CORAC (the French Civil Aviation Research Council) with support from DGAC (the French Civil Aviation Authority), will develop technologies that boost the environmental efficiency of aircraft and meet the future needs of the air travel industry. The aviation industry as a whole is committed to the development of cleaner aviation. The purpose of this three-way collaboration is to validate technologies designed to reduce CO2 emissions, noise pollution, and create new uses for air transportation.”

“Reducing the environmental impact of aircraft is a priority for the industry as a whole. So it is with enthusiasm and determination that we welcome the opportunity to be part of this unique partnership alongside Airbus and Safran to succeed in the ambitious challenge set by CORAC. We are determined to make it a distinctive feature of the French aviation industry, and are certain that all stakeholders will unite around it.”

In the meantime, Safran says its EcoPulse propulsion system consists of a turbogenerator (turbine & generator) connected to an electric power management system feeding energy to the electric motors. “The electric thrusters will be integrated into the EcoPulseTM wing and will provide propulsion thrust, at the same time as delivering aerodynamic gains (reducing wing surface area and wingtip marginal vortices, and therefore drag).”

Airbus is working hard on a distributed hybrid propulsion system with its partners to continue its UAM lead. With a healthy startup and entrepreneurial UAM industry burgeoning, the smartest alliances between the aviation heavy hitters and truly revolutionary startups will propel us into a brighter UAM future. While electric aviation is mostly experimental today, or when not experimental, only working for unmanned drones (which still do a hell of a lot...