In 2018, the average wind turbine installed in the USA was 2.6 MW in capacity. Assuming that it had what is now a middling capacity factor of 40%, it could generate 9.1 GWh of electricity in a year. But what does that mean?

If we put all of that electricity into a Tesla Model S P100D, which takes about 30 kWh to travel 100 miles, we could drive approximately 30 million miles. That’s a third of the way to the sun, so it would be a three-year trip. 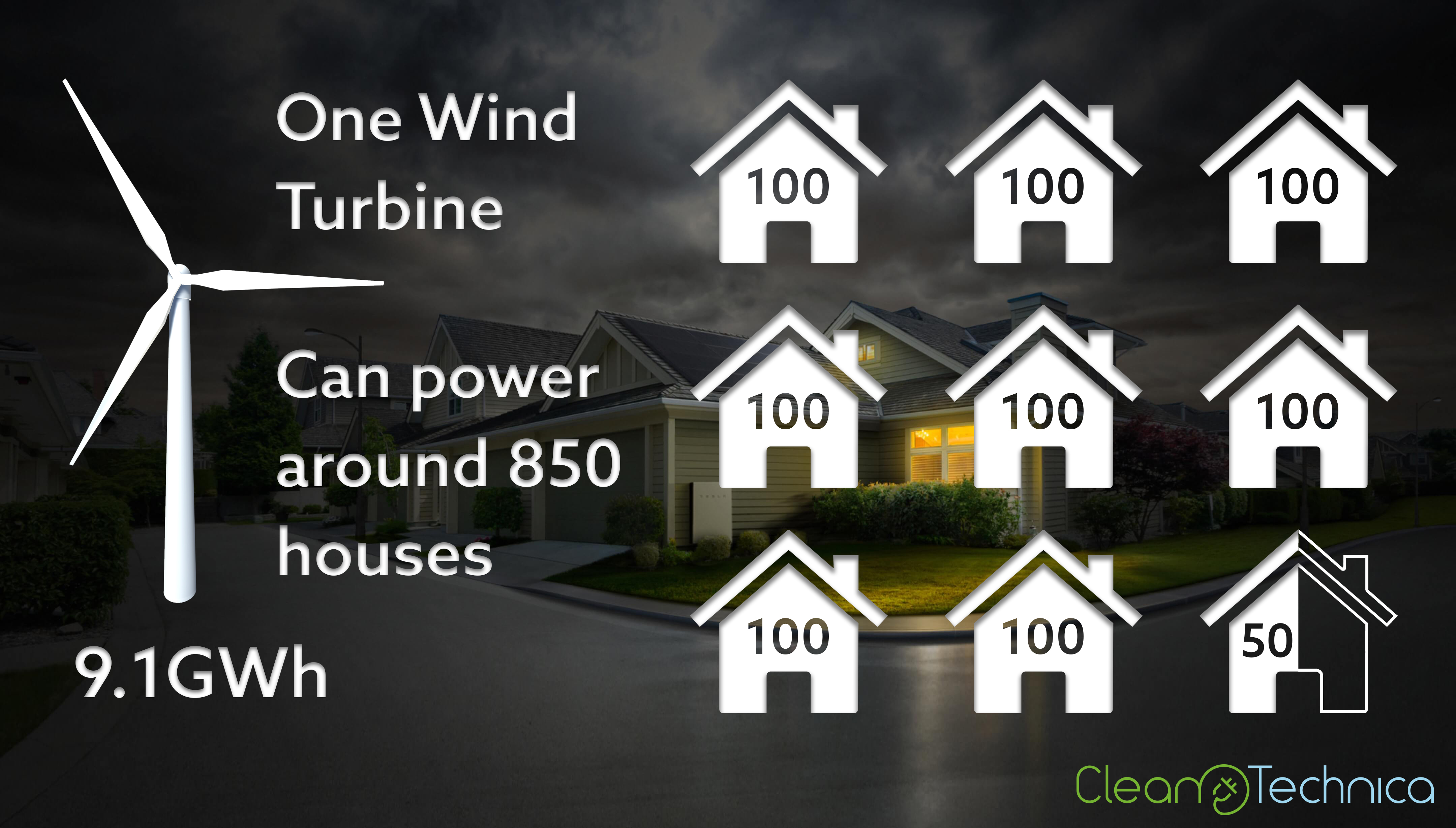 If we wanted to keep outdoor Olympic-sized swimming pools in Sacramento at 84 degrees Fahrenheit, we could heat 28 of them for a year. If we powered a giant crane to lift the Empire State building, which weighs 365,000 tons, we could lift it about half a mile into the air. If we used the equivalent energy of jet fuel, we could fly a loaded Boeing 747 around the world twice. (Just picture that one yourself.)

Have a tip for CleanTechnica, want to advertise, or want to suggest a guest for our CleanTech Talk podcast? Contact us here.
In this article:empire state building, Infographics, Space, swimming pools, Tesla, US Wind Energy, US wind power, usa