Who’s Behind The War On Electric Cars?

If you follow the news about electric cars, you are aware that a serious amount of pushback against EVs is developing across America. You may be excused if you are a regular CleanTechnica reader and believe the electric car revolution is upon us and we won. Not yet, people. Powerful forces are at work that would love nothing more than to see the era of gasoline- and diesel-powered vehicles continue for decades, if not centuries. 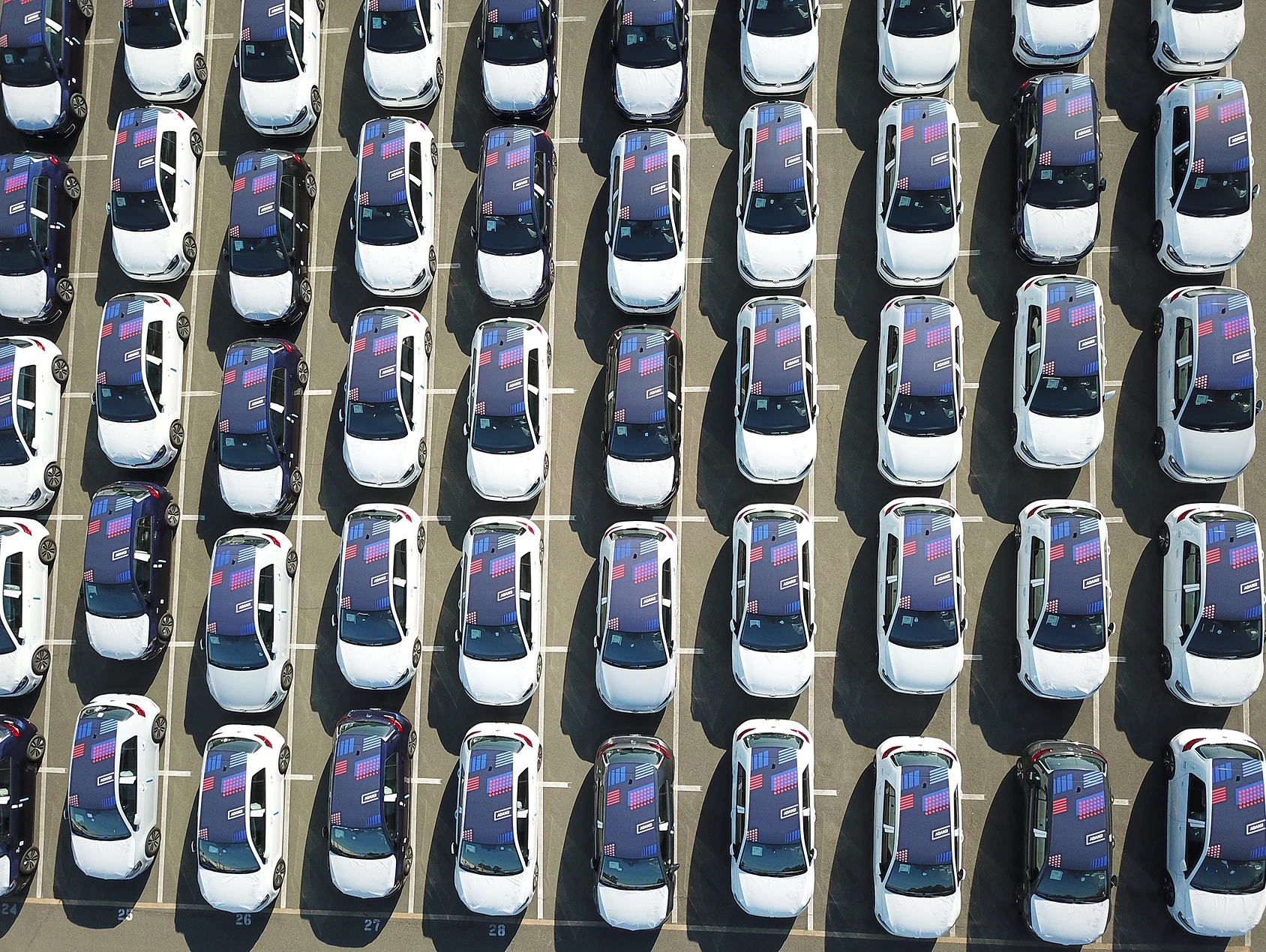 The attack on electric cars is two-pronged. One part is focused on eliminating all federal EV incentives. Once that assault is successful, then the emphasis will shift to the states. That’s where phase two is already taking place as more and more states propose to ratchet up fees imposed on electric car owners.

Getting Rid Of The Federal Tax Credit Is Job One

The fossil fuel industry had put out a contract on the federal EV tax credit and chosen Wyoming senator John Barrasso as their trained monkey to get the job done. He is sponsoring legislation that would end the federal tax credit, claiming it is an expensive giveaway to wealthy electric car buyers, one that distorts the “free market” philosophy that Koch backed operatives always champion.

According to a report by E&E News, it all started with a closed door meeting of the American Legislative Exchange Council last November. E&E News asked for access to the event but was rebuffed. Later, it interviewed two people who attended the event who spoke on condition of anonymity.

In the end, the fossil fuel group — which included Marathon Petroleum Corporation, America’s largest refiner of gasoline and Koch Industries, America’s largest distorter of truth — won the day and the funding of senator Barrasso’s reelection campaign began in earnest.

Spurred by a fresh influx of cash, Barrasso immediately filed his Fairness for Every Driver Act last month, saying in a statement that the measure “levels the playing field for all cars across America.” Derrick Morgan, senior vice president for federal and regulatory affairs with American Fuel & Petrochemical Manufacturers, says, “We are supportive of Chairman Barrasso’s bill. In our view, we don’t have any complaints with electric vehicles per se. We think that Americans should have a full range of choices and that government should stay out of favoring particular technologies.”

Reactionaries trot out their “free market,” “level playing field,” “government should not be picking winners and losers,” bullshit at every opportunity. On its face, it makes perfectly good sense. But scratch the surface and you find what they really mean is they want to keep the market distorting subsidies and policies that put more money in their pocket.

It’s like creating a secret monopoly paid for by taxpayers and guaranteed by the military. Who wouldn’t want a deal like that? The part they conveniently leave out is the $3.5 billion in direct fossil fuel subsidies handed out by Uncle Sugar every year, not to mention billions in indirect subsidies, like allowing fossil fuel companies to freely pollute the world’s atmosphere and oceans, endangering life on Earth as we know it, without paying a dime. Does that seem fair to you? It does to the Kochs and their petro-dollar soaked friends.

Cranking Up The Lobbying Machine

Barrasso has long suckled at the oil industry teat. He was the top recipient of donations from AFPM in 2018, according to the Center for Responsive Politics. He was also one of Marathon’s and Koch Industries’s preferred lawmakers, receiving $15,000 and $15,400 from those organizations, respectively. Mike Danylak, Barrasso’s press flak tells E&E News, “The electric vehicle market is firmly established. By any measure it no longer needs propping up by taxpayers. Chairman Barrasso will save billions in taxpayer money by ending electric vehicle tax credits.”

Legislation has been filed in Congress to extend the federal EV tax credit by making it applicable to the first 600,000 electrified cars sold in America by any car company. The bill is being supported by General Motors, one of the two companies that has already exceeded the 200,000 car limit contained in the current law. It has received bi-partisan support so far. If passed, it almost certainly will be vetoed by the current occupant of the White House.

Opponents have already lined up to attack the legislation, calling it “asinine,” among other things. The future of the bill, entitled the Driving America Forward Act, is far from clear as the people who are happy to kill us all in order to cram a few more farthings into their already overstuffed purses pursue policies that will lead to destruction of the environment. But, hey, if that’s what economic freedom requires, then bring it on, you know? The free market cannot be denied!

In the background, 24 out of 50 US states have recently increased annual registration fees for electric and plug-in hybrid owners. Ostensibly, the reason is to make them pay their fair share for maintaining roads and bridges — something that gas taxes are supposed to do.

But let’s be honest. It is being driven once again by those fun folks at ALEC and their fossil fuel bosses. “I suspect that behind a lot of these state efforts, there is a bit of an oil-industry push to slow the increase of EVs in the market,” Simon Mui, a senior scientist at the Natural Resources Defense Council who is also an EV advocate tells Finance & Commerce.

Since some of the states, like Idaho and North Dakota, have just a trickle of electric cars registered, it’s more about targeting those with little political power who can’t fight back. Just try raising the gasoline tax and listen to the howls of protest.

Nick Albanese, a BloombergNEF analyst specializing in advanced transportation, says the furor about EV drivers not paying their fair share won’t be a problem for another decade or so. “We’re not really starting to see significant impacts, even in states like California where there’s been more EV adoption. Because of how slowly passenger vehicle fleets turn over, this won’t be a problem for a substantial amount of time.”

John Forbes, who serves on the transportation committee of Iowa’s House of Representatives, has sponsored a bill that would raise EV registration fees in his state to $130 a year. Plug-in hybrids would pay half of that. “We want to make sure we’re ahead of the curve, so that five or 10 years out, we’re not seeing a shortfall,” he says.

The Iowa Department of Transportation estimates EVs cost the state just $317,000 in lost revenue in 2018. But by 2030 the losses could reach as high as $45 million. Gasoline taxes are expected to bring in $656 million during the current fiscal year.

Illinois state senator Mike Sandoval has filed a bill that would set EV registration fees at $1,000 a year, a proposal that is clearly designed to punish electric car drivers. At the same time, he proposes to more than double the state’s gasoline tax from 19 cents a gallon to 44 cents. Yeah, good luck with that, Mike. Still, he is not a wild eyed lunatic, according to Oil Price.com.

“We haven’t updated our gas tax since 1990. We haven’t had a capital bill in over 10 years. It’s time to modernize our transportation funding formula to make it sustainable and consistent. Our transportation system has been underfunded for far too long. We’ve been kicking this can down the road for decades and it’s time for us to finally step up and find a solution.”

Sandoval is correct that timid politicians have let America’s roads and transportation infrastructure crumble for generations because they are too spineless to do their jobs. But the likely outcome of this is that the EV fees will skyrocket because EV owners have little political power while the gas tax may go up a few pennies.

What we should take away from all these political machinations is that there are powerful enemies of electric cars out there, many with direct access to the levers of power at the state and federal level. Should EV drivers contribute to transportation infrastructure? Of course they should. But annual fees are not an efficient way to do that. Some drive 10,000 miles a year; some drive 50,000 miles. Should they both pay the same? The mere suggestion is absurd. But that doesn’t mean it can’t happen.

Cards, letters, e-mails, and phone calls to your elected officials can have a powerful effect on how they conduct themselves. Send your personal representatives a rocket today so at least they know there are other people than just fossil fuel stooges out there. Don’t delay. The EV incentive you save could be your own.

GM Raises Its EV Game, Commits Another $7 Billion To Its Electric Car Push →

Tesla & Biden: A Good Match With A Touch Of Compromise →