I know that’s a strange title for an article. But let me explain. I took my family for a test drive in a Tesla Model S P85+ back in 2013. I was hooked. So were the kids. (The wife took a little more convincing.) But a sedan, even a roomy sedan with the ability to seat seven (sort of), wasn’t an ideal choice for us at the time. Then I saw the video for the upcoming Model X. OMG, those FALCON-WING DOORS! Seating for seven. Loads of space. I NEEDED THAT!

So, I plunked down my $5,000 deposit and settled in for the long wait. 2013 turned into 2014. 2014 turned into 2015. I finally got invited to configure my Model X in late 2015, but then I discovered an unpleasant fact: the Model X was wide … like, wider than a Hummer H3. I took out some measuring tape. Nope, it wasn’t going to fit in my driveway. Also, I couldn’t see getting around the narrow streets of New York City in that thing. With cars double-parked all over the place, squeezing a $100,000+ ultra-wide behemoth through those narrow city passages just didn’t seem like fun to me.

So, I reluctantly cancelled my order and awaited details on the Model 3. Those details came on March 31, 2016. It’s like a Model S, only shorter and (more importantly) narrower. SOLD! TAKE MY MONEY, ELON! So I settled in, once again, for the long wait.

Two years later, I got invited to configure my Model 3. Wait, what? No Performance option? No all-wheel drive? On the Model X, those were the first configurations to ship, so I expected something similar with the Model 3. But no. If I wanted to finally bring home a Tesla, I’d have to “settle” for the Long Range Rear Wheel Drive version. So that’s what I got. The thought of waiting longer to own a Tesla, after five years of anticipation, was too much to bear. 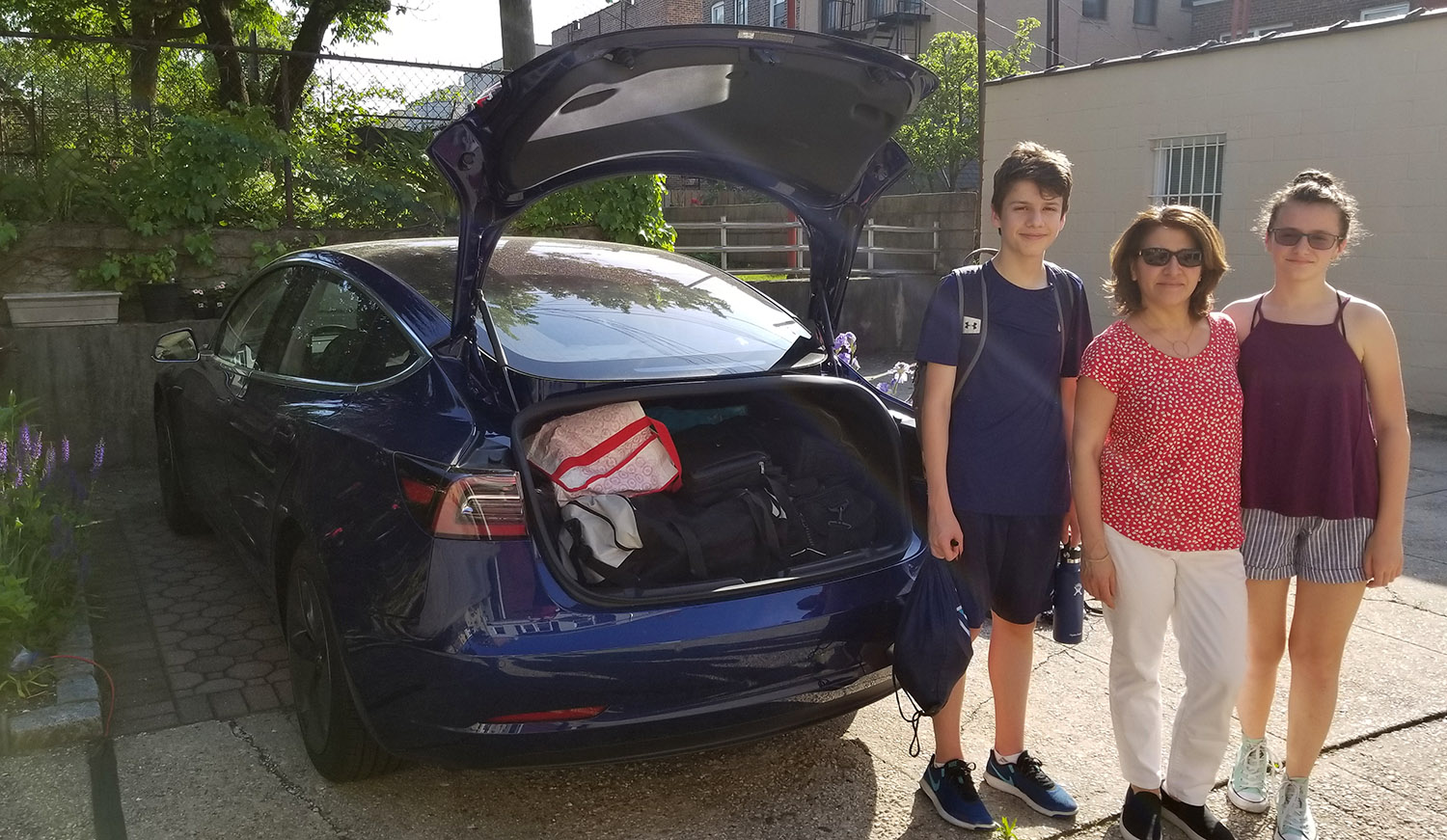 The Rear Wheel Drive Model 3 is a really outstanding car. It offers cutting-edge technology, best of breed driver assistance features, elegant styling, supreme handling, and ICE-killing acceleration. Not to mention the fact that it doesn’t burn a drop of gasoline. And the Supercharger network makes long-distance road trips a breeze. What’s not to like? But it isn’t a Performance model. And it doesn’t have all-wheel drive. So, as soon as Tesla announced the dual-motor Model 3 Performance (with a 0–60 mph time under 3.5 seconds), I knew I had to have it.

I took a big hit on the trade-in, but the Model 3 Performance takes an already excellent car to the next level. The styling is pretty much the same. The technology and features are the same (and keep getting better thanks to over-the-air software upgrades). But that heart-pounding, grin-inducing acceleration off the line? WHHHHHHEEEEEEEEEEEEE! So much fun!

Do I make my passengers uncomfortable with my constant bursts of unadulterated acceleration? Maybe, but hey, barf bags are cheaper by the dozen. “Here’s a paper towel, son. You’ll be fine.” The Tesla Model Y crossover looks a lot like its Model 3 brother, but its larger size offers a higher driver position, optional seating for seven, and a rear hatch for improved cargo capacity.

So, now Tesla has unveiled the Model Y crossover. Other than the lack of falcon-wing doors, it’s the Tesla I’ve always wanted: seating for seven, higher driver position, which gives you more of a sense of command over the road, a true hatchback for cramming in all the stuff we need on road trips. It will have around 300 miles of range, and a Model Y Performance will be capable of hitting 60 miles an hour in around 3.5 seconds. Also, because it’s built on the Model 3 platform, it’s sure to be narrower than the Model S or X. With the Model 3, we’ve held onto our Toyota Highlander Hybrid for when we need to transport more than 5 people or excessive amounts of gear. With a Model Y, we could get back to being a one-car family. And that would make life so much simpler.

So, why am I in no great hurry to get one? One reason, mostly: I already have a Tesla. And it’s awesome. This simple fact takes away most of the urgency in buying a Model Y (for me, anyway). I’m driving my dream EV now, and all that entails. But there are other reasons that I think waiting before purchasing the Model Y makes sense.

Since I bought my original Model 3, and again since I upgraded to the Performance version, the prices of the various options and configurations have dropped multiple times. This will ultimately affect the car’s resale value, but it also makes me feel a bit foolish for being in such a rush to get one. Also, over time, most of the kinks of the early Model 3 manufacturing have been worked out. Although my own Model 3s didn’t have significant quality issues, there were plenty of stories from those whose 3s did.

The Model X, with its next-generation styling and hefty price tag, also had significant issues in early production. The Model X didn’t even have the option for fold-flat rear seats in the 7-seat configuration until 18 months into its production. Hopefully they won’t repeat that mistake with the Model Y.

I think it’s safe to say that any quirks or idiosyncrasies of the Model Y production will be mitigated over time. And after it has been out for a while, Tesla will hopefully have decided on a price that doesn’t change every three months (a man can dream).

So, I say, “Bring on the Model Y.” It should be a huge hit for the company and will help humanity reach its goal of truly sustainable transportation. It’s pretty likely that I’ll get one eventually, but don’t mind me if I don’t get in line just yet. I’m still enjoying the ride in my Model 3.

Use my Tesla referral link for a Supercharging bonus on a Tesla Model 3, Model S or Model X purchase. Follow me on Twitter — @MrBoylan