If you walk past Xcel Energy’s national headquarters in downtown Minneapolis, you’ll see a giant banner hung just to the right of the entrance doors. In large letters you might mistake for an indication of pride, it proclaims that Xcel hosts the nation’s largest community solar program.

But in testimony to the legislature or comments to the media, Minnesota’s largest private monopoly utility says something very different. There, the utility frequently raises concerns about the community solar program’s value compared to building large-scale solar arrays that don’t offer individual customers any significant bill savings.

There’s a reason why. Like many investor-owned utilities, Xcel operates under a business model where shareholder profits are highest when the utility owns as much of the grid and its power plants as possible. If Xcel Energy had owned the more than 500 megawatts of solar produced by today’s community solar gardens, it would have reaped approximately $100 million for its shareholders (based on an upfront cost of nearly $1 billion). In contrast, the program is delivering energy savings––totaling nearly $5 million in March 2019 alone––to thousands homes and businesses served by the utility. 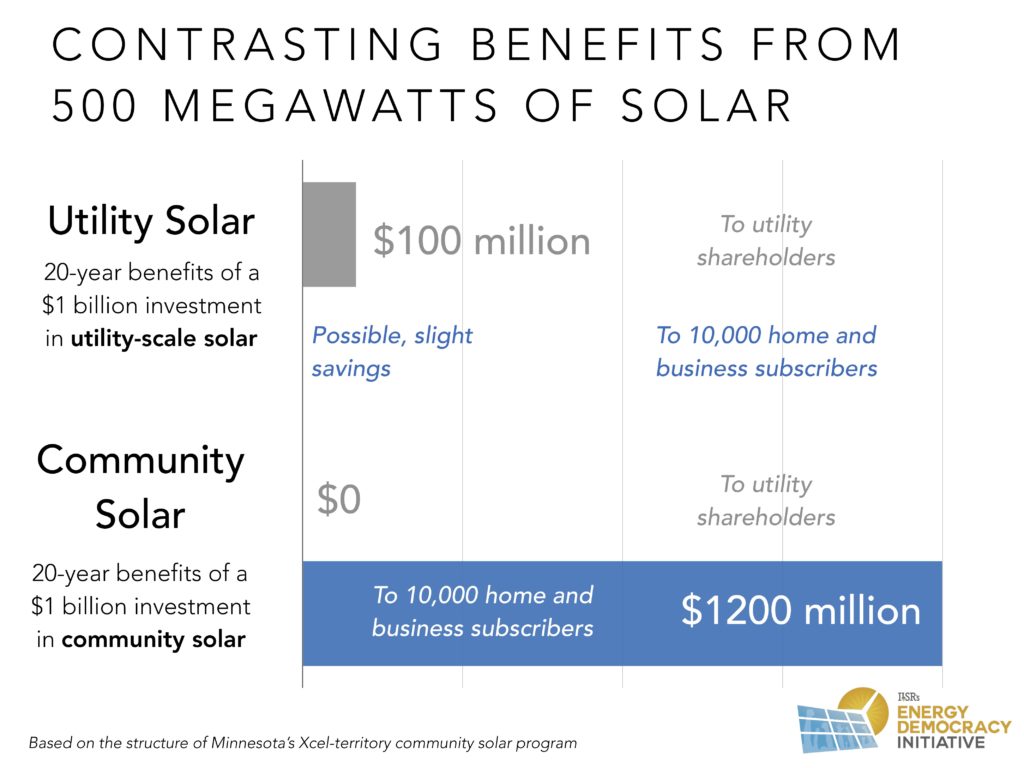 With a legal obligation to maximize value to its shareholders, it’s no surprise that Xcel prefers large-scale, utility owned solar that delivers profits to shareholders instead of savings to customers (it even produced a video saying it). It’s also no different from a history of utility opposition to individual customer-owned solar arrays, and the motivation is the same.

In a 2014 report, the National Renewable Energy Laboratory shows that as utility customers built and owned a greater share of the power generation (receiving bills credits for that power), utility profits would disproportionately shrink. The model showed that if customer-owned solar produced 10 percent of a utility’s energy––so far, this has only happened in Hawaii––the utility’s shareholders would see profits fall anywhere from 8 to 15%. The following graphic illustrates: 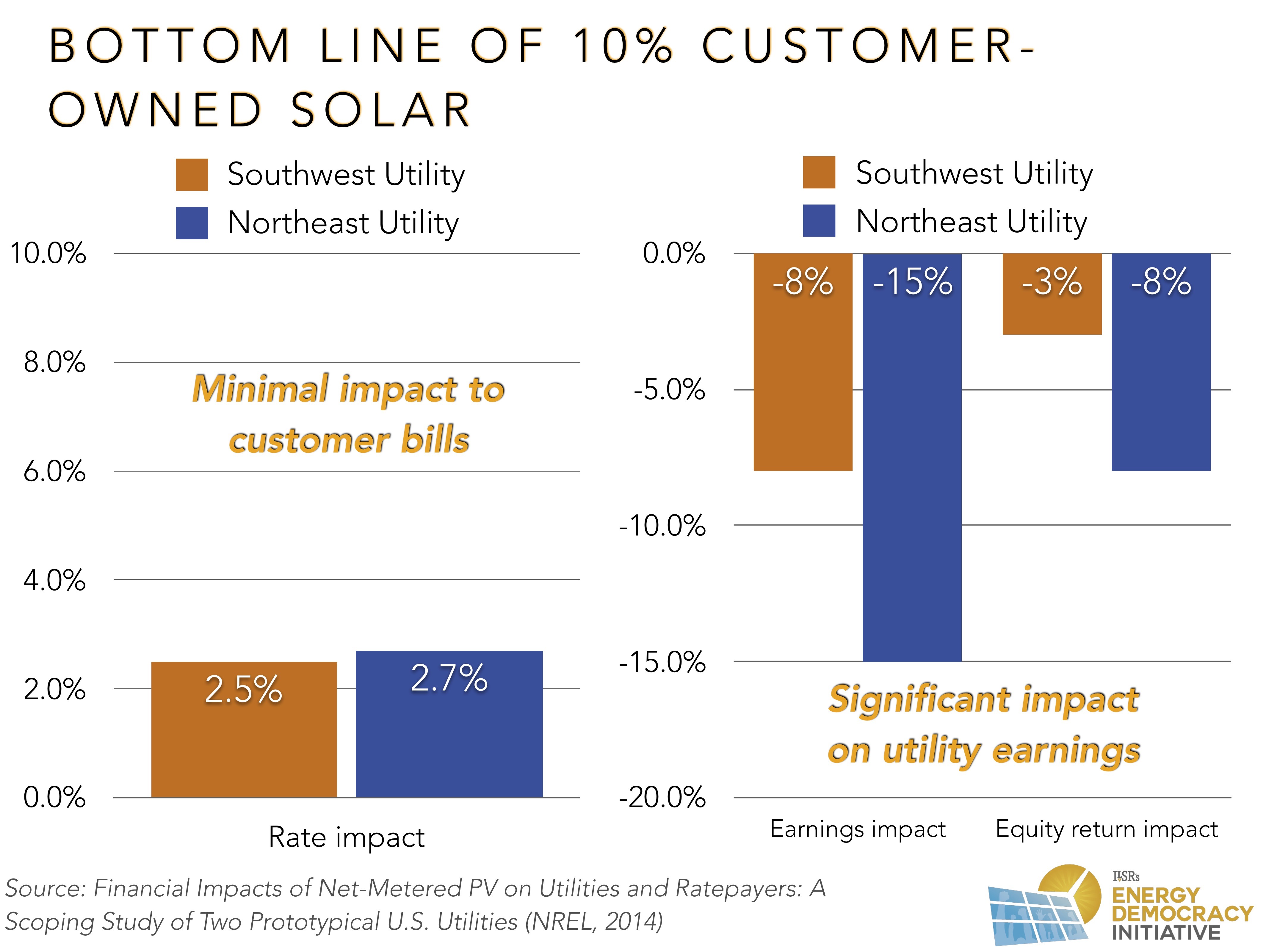 Xcel Energy should be proud of how its community solar program offers universal solar––a chance for everyone to own a slice of a solar energy future even if they don’t own a sunny rooftop or utility company shares. The company should also be proud of how the program is changing to be even more accessible. Unfortunately, its business model still causes a conflict of interest between the utility’s shareholders and its customers. It doesn’t have to. Investor-owned Green Mountain Power, for example, became a certified B Corporation in 2014, and its legal commitment to a triple bottom line––shareholder, society, and environment––has actually improved the company’s overall profitability.

Even as the community solar program continues to grow, providing zero-pollution electricity right where and when the grid needs power, Minnesotans should unfortunately expect Xcel Energy to continue its negative campaign. Unless policies change and allow residents and businesses something better: a utility whose financial interests align with their own.

This article originally posted at ilsr.org. For timely updates, follow John Farrellor Marie Donahue on Twitter or get the Energy Democracy weekly update. Also check out over 50 episodes of the Local Energy Rules podcast!

Don't want to miss a cleantech story? Sign up for daily news updates from CleanTechnica on email. Or follow us on Google News! Have a tip for CleanTechnica, want to advertise, or want to suggest a guest for our CleanTech Talk podcast? Contact us here.
In this article:Community Solar, Institute for Local Self Reliance, John Farrell, Minnesota, xcel energy