At the 2019 Geneva Motor Show, it was not easy to pick one electric car as the undisputed winner.

This in contrast to the 2018 Paris Motor Show and the 2018 Geneva Motor Show, when it was straightforward. In Paris, the Peugeot e-Legend and the Hyundai Le Fil Rouge stole our hearts immediately. And while walking down the stairs in Geneva, the Polestar dazzled us with its beauty as it stood there on the stage. Having said this, there are three definite contenders: the Ami One Concept, the Altroz EV, and the e.GO with its roots in StreetScooter.

Maybe the winner should be Citroën’s youthful Ami One Concept. Ami, the concept car for anyone in a metropolitan area who has no space for a car, cannot afford a car, or does not want to own a car, but who does want to use one occasionally. Within a few taps in the ridesharing app on a smartphone, an Ami will be delivered ready for use at a location of your choice. For 5 minutes or 5 years, it’s all possible. Tata with its Altroz EV could win the prize for the smoothest approach to steer customers towards a BEV. The Altroz EV has that familiar look with all the familiar buttons on the dashboard and real rear-view mirrors, not some fancy cameras with displays in the doors. On the inside, the seats are soft and inviting.

The exterior is also normal. No surprise, because it is the same as the Altroz gasoline version! The only electrifying difference has become a detail. The StreetScooter’s e.GO stand was hidden in a corner behind the stairs into the expo hall. Here, we found a compact, plastic car from Germany. It might not be the flashiest car at the show, but its other specifications definitely make up for it. The e.GO Life Mobile succeeded in bringing a car to the market with a base price of €15,900 and a range of 100 km. For €4,000 more, it comes with another 45 km of range.

One can rely on the German solidity; the very hard plastic does not scratch easily, but if it does, the coloring pigment is part of the composite. It will be hardly visible. We appreciate the clever design of the interior with room for four adults. Even a 7′ tall man who was trying the car at the motor show told me he could sit comfortably. The steering wheel can be adjusted in height and depth. The e.GO is a perfect second car and perfectly adequate for people who do have a short commute, with family and friends not too far away. The car can be configured to your liking with dozens of options, as is expected in Europe when buying a new car.

The e.GO has been developed by the same team that was responsible for the famous StreetScooter, the electric delivery van for German Post DHL. After this success, the young enthusiastic team around Professor Schuh had the ambition to develop an electric city car that could be produced in series. They succeeded and e.GO will produce this city car in a small run in its Industry 4.0 factory in Aachen.

The Citroen Ami One is a nice concept, but there were two specs that didn’t please us: The concept is also attractive for younger people who do not yet have a driver’s license. Unfortunately, younger people are already the ones most prone to get involved in traffic accidents. At least, the boys are (sorry, guys, statistics do not lie — and the parts of the brain that recognize risks develop mainly between 17–24).

The TATA Altroz EV is too much of a normal car to be the winner of our search for the most surprising new BEV. For us, the e.GO is the winner as the most original, surprising new entry into the electric car space. Not least because it is not just an idea or concept, but entered production during the Geneva Motor Show.

Photos by Jos Olijve and Citroen. 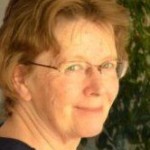