People like to bash the BMW i3 for its somewhat quirky looks, or for its less than “ultimate” specs. Others love it. I love it, and I actually drive one. Whether you are an i3 critic or an i3 fan, though, we’re definitely at a “Munich, we have a problem” moment.

Most people probably don’t realize this, but the i3 was the 6th best selling non-Chinese EV in the world last year. (I’m excluding China because it’s both a giant market and a very closed market, and I’m excluding plug-in hybrids because … they’re plug-in hybrids.) The order of the top EVs in terms of global sales were:

One more thing worth noting is that 24,432 of those 2018 sales were in Europe, where the i3 was the 3rd best selling EV on the continent (again, only behind the Nissan LEAF and the Renault Zoe).

Importantly, though, the i3 has much less range, much slower charging, worse driving quality, much less space (in the cabin and for cargo), and much worse infotainment than the Model 3. Some people who don’t like the Model 3 for some subjective reason, or who are attached to BMW, will still buy the i3, but sales surely must drop now that the Model 3 is invading Europe.

In the US, overall, BMW sales have been dropping. Expect that to continue as Tesla sales rise.

Internally, BMW seems to have a bit of strife. Manfred Schoch, deputy chairman of the supervisory board at BMW, took it public recently. “I need people here who go with us into the future,” he said, “also — and especially — for the board.” But that was just a general statement. Here’s the stinger:

“Tesla made in the third quarter, at a good $6 billion in sales, $312 million profit. BMW came in the automotive segment at €21 billion to €784 million surplus. … Who deserves better?”

“Tesla controls the entire value chain; they understood electromobility,” Schoch added. Furthermore, he added that having a strong competency in batteries is core to being a future leader. (The implication was that BMW isn’t doing good enough.) 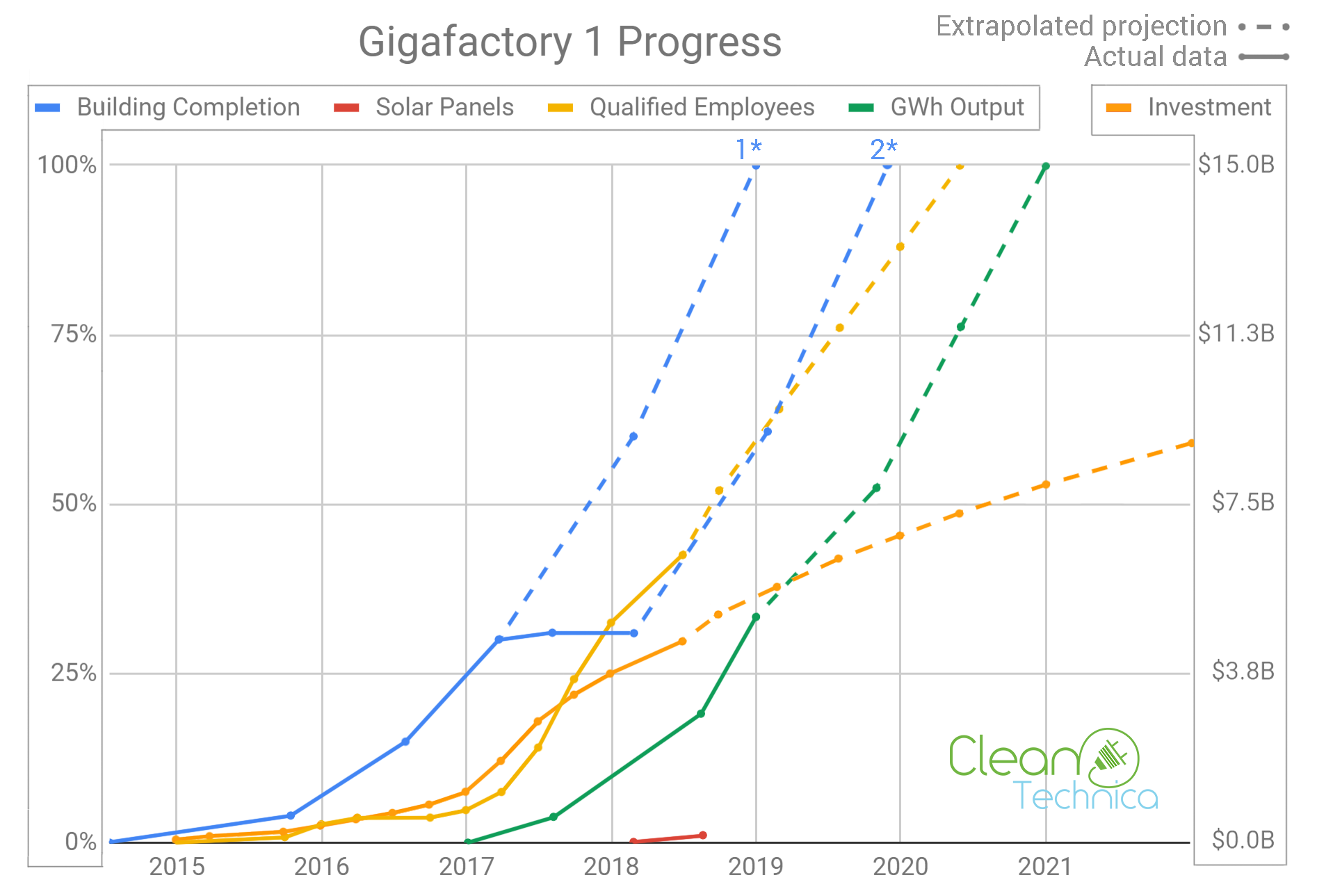 BMW has indicated in press releases that it’s fiddling with hydrogen-supplemented battery-electrics. Klaus Froehlich, the company’s head of R&D, says that in even the most optimistic company forecast, 85% of BMW vehicles sold in 2030 will have a gas or diesel engine. (That’s not a good forecast for BMW if it’s serious.) The obsessive plug-in hybrid approach is baffling to many, including to competitors at Volkswagen, from what I’ve been told. You just bring so much “baggage” with an internal combustion engine (ICE). You can’t cut costs or optimize well in the 2020s with a mixed platform. Yet, BMW’s CEO seems more concerned about laying people off and taking a risk. “We can’t afford having two factories standing still,” said CEO Harald Krueger. “With a flexible approach, you can always manage the capacity of your plants. But if you have a specific EV architecture, what do you do with the old one? What do you do with the people?”

Perhaps most concerning is that Froehlich doesn’t seem to understand that battery costs are coming down and are already crossing key thresholds for leaders like Tesla. When asked if EVs would ever equal the prices of equivalent conventional cars (duh, of course!), Froehlich responded, “No, no, no. Never.”

I’m going to come back to that Schoch quote from above:

“Tesla made in the third quarter, at a good $6 billion in sales, $312 million profit. BMW came in the automotive segment at €21 billion to €784 million surplus. … Who deserves better?”

Those Tesla profits largely came from selling cars in the BMW 3 Series, 4 Series, 5 Series, 6 Series, and 7 Series classes, more or less. BMW can’t create competitive electric cars in these classes, but Tesla can? Tell me if you see the problem there for BMW. In fact, today, you can see that the similarly priced Model 3 notably outperforms the BMW 3/4 Series.

Yes, it seems there must be an intellectual brawl in the board room. Coming back to the headline, what’s BMW’s next real move? The plug-in hybrid approach is nonsense and BMW will discover that sooner or later — Schoch’s arguments will win the day. Diesel is going out of style, no matter how much BMW executives decry it. More competitive fully electric cars are arriving and will pull buyers away from BMW if BMW doesn’t lead on fully electric cars. When all of that is even more obvious, what’s BMW’s move?

In the small electric corner people like Froehlich and Krueger like to avoid (no matter how much Schoch yells), the company has paraded around a goldish concept vehicle that will never see a customer garage. Okay, we were told the iNext is a representation of a 5th EV platform from BMW that will have 700 km (435 miles) of range and be on the market in 2021. (The range is according to the WLTP rating system.) I’m considering this one an overly ambitious target or guess, so I’m going to put a “Vaporware” stamp on it. That said, if BMW was actually going to bring a 435 mile electric SUV to market in 2021, it would be rolling in sales and you could say goodbye to any forecast of less than 15% EV sales by 2030 — well, as long as the price wasn’t through the roof.

More importantly, we have the iX3 and i4 hitting the market in the next year or so. The stars of BMW’s 4th generation of electric vehicles, they would have 400 km (250 miles) of range per charge on the WLTP test cycle (maybe 350 km (220 miles) in the real world). That’s a compelling enough range to be interesting to most consumers. Is the i4 — which seems to be a fully electric version of a 3 Series — going to be interesting to buyers and will it have at least a notable fraction of the demand the Model 3 has? We’ll have to wait to see. The iX3 (70 kWh battery and 150 kW charging) is a small electric SUV or crossover — it’s just an electric version of the X3. If there isn’t a €10,000 premium on the iX3 compared to an X3, it could sell like hotcakes, but with BMW’s other statements on the table, it’s hard to have any confidence it would be priced near an X3. Pricing, as usual, will be key to the competitiveness of these vehicles, but even if they have good pricing, there’s one more matter that could cause trouble: the batteries.

BMW is reportedly contracted to buy $1.7 billion worth of batteries from CATL for a couple of models, including an electric MINI, but that’s peanuts if BMW is going to sell EVs in any decent volume. Volkswagen Group plans to invest €35 billion ($40 billion) in e-mobility by 2022.

BMW will reportedly build batteries for the iX3 and i4 at its factory in Dingolfing, but it needs to announce a giant battery investment soon to support the iX3 and i4 — unless the company wants to keep those figures secret. Without large investment in iX3 and i4 battery supplies, even if the models seem to have good value for the money, they will be a flop.

Expect journalists to start getting some exclusive time with early builds of the iX3 and i4 later this year. The vehicles will be compelling. The first question is how compelling compared to a Tesla, a Mercedes-Benz EQC, an Audi e-tron SUV, etc.? The second question concerns their prices, and we may not know prices until the end of 2019, or even early 2020. The third question, if #1 and #2 are good, is whether or not BMW will be equipped to produce 100,000+ a year of each model?

I expect the i4 and iX3 will be compelling enough. I’m concerned the prices will be too high, though, leading to low volumes. Even if the pricing ends up being good, I expect BMW won’t have the battery production capacity lined up. We’ll see, but when it comes down to it, I’m not yet seeing a “real,” strong move from BMW. If it doesn’t nail the specs and rollout of the i4 and iX3, BMW may have a monumental, roof-crumbling problem on its hands.

Appreciate CleanTechnica’s originality and cleantech news coverage? Consider becoming a CleanTechnica Member, Supporter, Technician, or Ambassador — or a patron on Patreon. Don't want to miss a cleantech story? Sign up for daily news updates from CleanTechnica on email. Or follow us on Google News! Have a tip for CleanTechnica, want to advertise, or want to suggest a guest for our CleanTech Talk podcast? Contact us here.
In this article:BMW, BMW 4 Series, BMW i Brand, CATL, EV-Volumes