After a slight hiatus from covering Pipistrel, we’ve got some news. The company has announced a partnership with heavyweight aviation player Honeywell to design an electric vertical take-off & landing (eVTOL) aircraft — to get us off the congested ground. 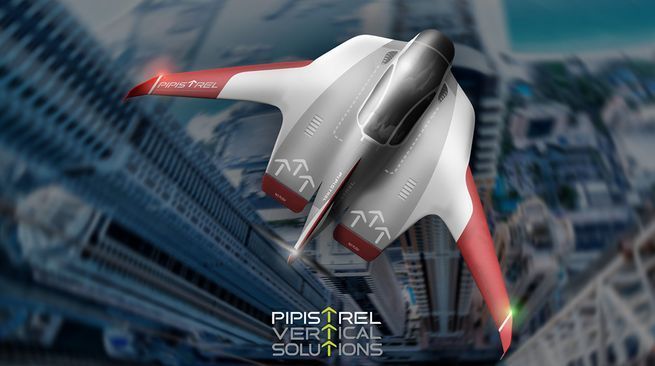 According to Honeywell, the memorandum of understanding (MoU) with Pipistrel means the companies will together develop urban air mobility solutions. The aircraft will integrate Honeywell’s avionics, navigation, flight control systems, connectivity, and other products and services in the future autonomous Pipistrel eVTOL.

Pipistrel seems to have developed an electric airplane — or more to the point, converted one of its airplanes to electricity — with much success, as you can see from the video below. It also announced an eVTOL for Uber last year. We don’t have much in terms of the design, but the Uber one can give us an idea of the new Pipistrel & Honeywell eVTOL. Honeywell defines “urban air mobility” as an aviation industry term for on-demand and automated passenger or cargo-carrying air transportation services. Its aim is to get people to travel safely in and around cities and rural areas while reducing congestion.

According to Ivo Boscarol, founder and president of Pipistrel:

“This is the beginning of a long-term relationship to collectively pursue the future of urban air mobility. Honeywell’s expertise in integrated avionics and flight control systems, systems integration, certification, and manufacturing, combined with our capabilities in designing and developing advanced light aircraft, makes us the perfect pairing to advance the urban air mobility market. Pipistrel was chosen to be one of Uber’s vehicle development partners for its urban mobility solution, and our VTOL air vehicle features next-generation propulsion technology for achieving embedded lift. We have the concept that unlocks a cost-attractive electric VTOL opportunity by addressing efficiency and noise hurdles in vehicle lift, hover and cruise stages of flight.”

“The urban air mobility market is an exciting space requiring innovation, but one that Honeywell is well positioned to support and grow. Companies looking to make breakthroughs in urban air mobility face a wide range of technical, safety, certification and business challenges that come with developing a new mode of travel in an already dense air traffic environment. An understanding of the aerospace complexities and a legacy of innovative technologies can make all the difference in addressing this emerging market. Pipistrel is a well-known leader in the light aircraft space, and this is an excellent opportunity to support its vision of a future VTOL aircraft with our industry-leading avionics, flight control systems, and other potential products and services.”

Pipistrel & Honeywell eVTOL, One Aircraft In the Air Mobility Race

I was able to hear more from Carl Esposito specifically on how the companies are laying the groundwork for flying cars:

“The work being done over the next 12 months will be crucial to making the vision for urban air mobility a reality. We’ve seen a lot of innovative and motivated companies come to the table with concept aircraft and business models that sketch out a future where you and I get to commute from point-to-point with ease and convenience in our ‘flying cars.’ But before we cross that threshold, we need to map out the regulations, infrastructure, and relationships that make the skies above our urban environments as safe and efficient as the routes we travel today. A lot of that foundation will be set in 2019.”

Both companies announced initial demonstration program phases that will start early this year. A schedule announcing the actual flight demonstrations for the aircraft prototypes will follow next year.