My daughter Ingrid and I stand in front of the first EV charger in Quepos, Costa Rica.

I just completed a trip to Costa Rica with my family and am filing this report about how the EV revolution is progressing there.

Many readers of CleanTechnica are aware of the tremendous sustainability success story of the small Central American country of Costa Rica. Over the past 4 years, less than 2% of the electricity consumed by the 5 million inhabitants of the country — who call themselves Ticos — was generated by burning fossil fuels. During that time, the country has added 14 new electrical generating plants — six hydro, seven wind, and one solar.

Right now, Costa Rica may even have a surplus of renewable energy. Irene Cañas, head of the Costa Rican Electricity Institute (ICE), has announced plans for future installations may be moved back from 2019 to 2022 or later. “ICE has the installed capacity to meet the electricity demand of the next decade,” she says.

The EVolution is Coming “I am content, my vehicle does not pollute, it uses renewable energy.”

Today, oil accounts for 70% of the energy consumed by Costa Rica and most of that is used to fuel transportation. Therefore, transport is the next logical item to attack on the path to complete carbon neutrality.

Monica Araya, a proponent for the conversion of transport from fossil fuels to renewable electricity, is now advocating for the electrification of public and private transportation.

She is a supporter of the upcoming electric bus pilot project for inter-city transport in Costa Rica. This program echoes a similar pending trial in Panama City and the fully established electric bus programs in Santiago de Chile and Cali, Colombia. Keep an eye out for these projects, as they are likely to be the leading edge of the full electrification of bus transportation in Central and South America.

In addition, diesel trucks now haul the majority of the cargo that moves throughout the country, making the trucking sector a prime candidate for electric cargo vans.

The Costa Rican phrase “Pura Vida” — directly translated as “Pure life” — encompasses far more than the words entail. It is a mantra that is used as a greeting, a comment to brush of negative events, a response to witnessing the beauty of their natural surroundings and a way of life. This leads them to embrace EVs as well.

Costa Rica’s tropical climate, with the average temperature at 25°C, supports optimal battery range. Together with relatively short travel distances and the fact that 92% of the population lives in single-family homes with easy access to electricity, that makes the country an ideal candidate for electric private vehicles.

The Challenge of EV Costs Attempts were made several years ago to support the uptake of personal EVs in Costa Rica, but they were unsuccessful due to the imbalance between the average per capita income of about $10,000 compared to the high cost of EVs, which started at $50,000. Undaunted, in late 2017, Costa Rica enacted legislation exempting new and used EVs from sales, customs, and consumption taxes, which reduced the cost of EVs by 24%.

The national government set a goal of 37,000 EVs on the road by 2022. In a country where sales of new cars and light trucks average about 50,000 per year, sales of electric vehicles would need to be about 20% of that total in order to reach that goal.

One of the more popular electric cars available in Costa Rica today is the highly efficient Hyundai Ioniq Electric. Its relatively short range may be an issue for buyers in some markets, but is more than adequate in this country. It starts at a very competitive $34,000. A used Nisan LEAF in Costa Rica can be purchased for between $11,000 and $17,000, so there are many affordable EV options. Costa Rica’s first public charger was installed in 2017. Efforts are now fully underway by the National Power and Light Company (CNFL) to construct a robust rapid EV charging infrastructure. The first of its 28 Level 3 chargers opened in September of this year and the rest will follow in 2019.

At ICE offices in towns and cities, Level 2 chargers have been installed and are free for public use. These chargers also support the agency’s recent acquisition of 100 Hyundai Ioniq BEVs which replace its existing fleet of gasmobiles.

When a government and its people commit to the EV transition, as has happened in Norway, the transformation comes at lightning speed. This is what I predict will happen in Costa Rica. The quietly independent and deeply thoughtful people of Costa Rica are deeply committed to a sustainable environment. This mindset mirrors that of Norwegians.

Costa Rica is poised at the edge of an EV revolution. If it happens as quickly as I think it will, the country will soon be expanding its plans for renewable energy again. 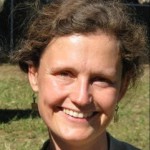 Jessica Feinleib MD/PhD has a day job as an assistant professor of Anesthesiology at the Yale School of Medicine as well as staff anesthesiologist for the VA in CT. With the VA, she has developed an immersive video game–based educational system that integrates cognitive behavior with team and biomechanical skills for emergent airway management. She has written several text book chapters and papers on anesthesiology and airway management. She is actively involved with medical education through simulation nationally in the VA, academia, and the private sector. Jessica is also a wife and mother who applies high tech to her passion for making this planet as healthy as possible for all now and in the future.