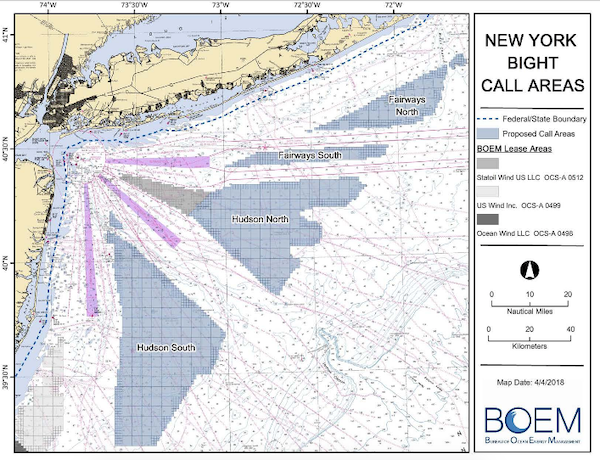 The US offshore wind industry is roaring into life. The federal government’s offshore wind lease area program is smashing bid records with each new offering. Soon the Atlantic coast will be dotted with wind turbines churning out clean power, highlighted by the potential for 9.6 gigawatts in the New York-New Jersey area. Everybody is so excited! And yet, for New Jersey the victory is bittersweet.

How bitter? Well, consider this news. Back in 2015 the company US Wind, Inc. nailed down a lease off the New Jersey coast for just over $1 million. Just last week, they turned around and sold the same lease to EDF Renewables for $215 million.

Yes, They Did That

CleanTechnica reached out to US Wind to make sure that comparing the 2015 lease sale to the re-sale is not an apples-to-oranges thing. The lease in question covers an offshore area designated the North Area, and the company graciously replied to our email with this info through a spokesperson:

Yes, that is correct. US WIND acquired the lease for 1 million. The realized price from EDF is 215 million. There was an additional consideration based on variable measures.

Atlantic Coast Offshore Wind Leases Are On A Tear

The Interior Department’s Bureau of Ocean Energy Management handles the offshore wind area lease auctions, and if you’re thinking they screwed up the New Jersey auction and missed a chance to get a better price on the North Area lease, you could be right.

For one thing, three years ago the whole US offshore wind industry was still shifting about in the doldrums. It was lagging far behind global offshore renewable energy leaders in the U.K. and elsewhere.

In the summer of 2015, the tiny state of Rhode Island was only just getting its first turbine in the water for the very first wind farm in the US, the Block Island wind farm. At a total of just five turbines, it is still the only functioning offshore wind farm in the US.

That’s nothing compared to massive offshore projects like the Walney Extension, an 87-turbine behemoth in the UK that began producing electricity last fall.

So, what was going on with the US offshore industry? After all, in 2015 renewable energy fan Barack Obama was still President. He was eyeballing offshore clean power as an engine for low-carbon economic growth, and he was taking steps to coordinate offshore development between every state with a foothold on the Continental Shelf.

That was the dream. The reality was, among other factors, that a number of Atlantic Coast states were helmed by lawmakers and governors with financial ties to the Koch family fossil fuel business and other stakeholders. As a group they took steps to monkey wrench the coordinated wind energy program. That would be enough to make investors skittish.

The troubled history of the 130-turbine Cape Wind project in Massachusetts didn’t help sooth investor nerves. The lease for that project was provided by the US Army Corps of Engineers in 2001, before the Interior Department took over the lease program. A local opposition group funded mainly by the “silent” Koch brothers bottled Cape Wind up in court and it finally bit the dust in 2017.

Then there was equally ill-fated Fishermen’s Energy project in New Jersey. It succumbed to opposition from state-level policy makers under the governorship of Chris Christie, despite a helping hand from the Department of Energy during the Obama Administration.

Well, that was then. With global companies like Shell, EDP Renewables (not to be confused with EDF) and Statoil jumping into the US offshore lease program, the pressure on prices has been jumping skywards — and it’s no surprise that the global energy giants are beating out US-based companies for the prizes. MAGA!

On December 14, for example, a new round of bidding for wind development off the coast of Massachusetts netted a record-setting total of $400 million.

As reported by Reuters, the three winners were Equinor Wind US LLC (Equinor is the new name for Norway’s Statoil), Mayflower Wind Energy LLC (a joint venture between Shell and Portugal’s EDP), and Vineyard Wind LLC (another joint venture, teaming Copenhagen Infrastructure Partners with Avangrid, which is under Spain’s Iberdrola SA).

Then there’s that re-sale from US Wind to EDF Renewables North America, which is a subsidiary of France-based EDF.

For that matter, US Wind is a subsidiary of Italy’s Toto Holding Group, but who’s counting? The end result is that EDF gets to develop up to 2,500 megawatts of clean power in the 183,353-acre North Area, about seven miles off the coast of Atlantic City in New Jersey.

Meanwhile, the sale frees Toto up to concentrate on developing its lease area off the Maryland coast. As US Wind President Riccardo Toto explained in a press statement:

“…we remain fully committed to realizing the many significant benefits of our Maryland offshore wind energy project – eventually the largest commercial offshore wind project in the country. The sale of our New Jersey lease is consistent with our strategy to develop and optimize our assets while focusing on those projects that enhance our leadership position.”

US Wind also has a 6-gigawatt (yes, that’s gigawatts) project in the works for the South Carolina coast.

You Do You, Chris Christie

As for the New Jersey situation, that’s a whole ‘nother can of worms. Overall interest in US offshore leases was not as strong three years ago as it is now, but it was particularly lackluster in New Jersey.

Our friends over at Spotlight New Jersey covered the lease auction in 2015 and noted the moribund pace of wind energy development in the state:

The lease sale follow years of inaction on developing wind farms off the coast, delays that frustrated clean-energy advocates, wind developers, and lawmakers. New Jersey hoped to have 1,100 megawatts of offshore wind capacity by 2020, a goal it will not meet given the lack of movement.

They also nailed a culprit:

…one source of frustration among offshore-wind advocates is the fact that the Christie administration has failed to come up with a financing mechanism to help pay for the wind farms, primarily by subsidies from utility customers. The state Board of Public Utilities was supposed to adopt regulations to do so nearly five years ago, but never has.

I know, right? Shocker! Throwing roadblocks up to offshore wind development isn’t the only example of former New Jersey Governor Chris Christie undercutting clean energy initiatives to build cred with out-of-state financial backers as he prepared to make a run for the White House in 2016.

The list of missed opportunities leading up to the 2016 campaign includes the ARC mass transit tunnel, the Regional Greenhouse Gas initiative, and the ZEV Action Plan for electric vehicle infrastructure.

Christie or not, New Jersey will most likely meet — and beat — the 1,100 megawatt goal within a few years of 2020. Under newly anointed Governor Phil Murphy, the state is already looking at 3,500 megawatts by 2030.

On December 19, EDF announced a joint venture with the Shell to develop the North Area. A final investment decision has yet to occur, but if all goes according to plan those turbines will be up and running in the mid-2020’s.

Meanwhile, the Interior Department is prepping for a much larger round of lease auctions in the New York Bight, an “elbow” of the Atlantic coast that covers both New York and New Jersey.

All together the Bight lease areas could yield up to 9.6 gigawatts of clean power, though the actual amount of development will turn out to be less than that.

As for Christie, judging by a recent interview with Laura Ingraham of Fox News, don’t be surprised if he pops up during the 2020 presidential primary cycle.

Just something to keep in mind as the 2020 campaign gets under way with President* Trump struggling to fill out his first term, let alone run for a second one.

The fossil fuel industry is already pushing the Trump administration to allow oil and gas development off the Atlantic coast, and another solid ally in the White House after 2020 would help move things along.

In this article:EDF Renewables, New Jersey