Congressman Carlos Curbelo’s Florida district is getting swamped by the rising seas of climate change. Likewise, he and half of the GOP members of the Bipartisan Climate Solutions Caucus he founded were swamped last night by the Democratic blue wave that washed over the country. Twenty members escaped the bloodbath, while 23 either retired in the face of the blue wave or lost their re-election bids last night, leaving an uncertain future (the fates of the two GOP delegates from Samoa and Puerto Rico have not yet been reported). 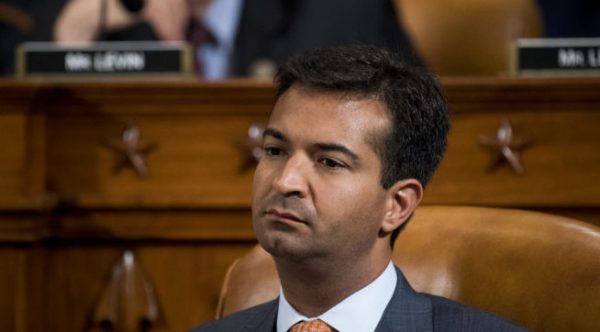 The caucus had always been problematic — many of the members appear to have joined only to shore up their centrist credentials in the face of the rough 2018 midterm playing field, and when it came down to actual votes in favor of actual climate solutions, nearly all bailed to join their Republican colleagues.

And with many of these being borderline or swingy suburban districts, it’s not surprising that they ended up shifting from the core of the Bipartisan Climate Solutions Caucus to being the core of last night’s Democratic pickups.

Curbelo had recently introduced a bill in the House to put a price on carbon — a centrist, free-market climate solution that should have attracted sponsorships from the other members of the caucus. But it didn’t.

“We targeted Carlos Curbelo (R-FL-26) for his failure of leadership, endorsed his opponent, Debbie Mucarsel-Powell, and now congratulate her for winning,” says RL Miller, president of Climate Hawks Vote.

“We targeted Curbelo specifically because he was perceived as a Republican voice of reason on climate even as he criticized ‘alarmists’ on hurricanes wreaking havoc on his state. We thought there was a good possibility that the caucus could produce a badly pre-compromised bill such as the Americans for Carbon Dividends proposal, trading both a waiver of Exxon’s liability for its past acts and waiver of EPA’s ability to regulate greenhouse gas emissions for a low carbon tax. And rather than fume, we acted.”

With the moderates swept out to sea, this of course leaves the remaining GOP House members even more anti-climate action and anti-science. Will the remaining 20 Representatives stick with the Climate Solutions Caucus, voting with the new Democratic majority on real climate solutions? Or will this wave cause the whole thing to fall apart (and how will they maintain the GOP/Democratic balance within the caucus?)

Here are the results — we’ll update the table as we have more information: