Cleantech projects through the Startup In Residence (STIR) program trigger images of a borderline science-fiction world. Except, they’re a lot less creepy and far more useful.

Cleantech projects through the Startup In Residence (STIR) program trigger images of a borderline science-fiction world. Except, they’re a lot less creepy and far more useful.

Imagine cities where drones roam the sewers in search of outdated pipelines to update or repair more quickly and safely. Or picture smart trash cans along cleaner streets with sensors alerting the city as they fill up.

STIR, run by City Innovate, a nonprofit out of San Francisco, harnesses the ingenuity of technology startups with local governments to solve government-led problems. These projects are beneficial to both parties, solving looming issues for the government while giving startups the opportunity to contract with government organizations.

The idea bridges a gap between new ideas and old public sector problems. Startups are often brimming with innovation, but need capital and budget to move forward. Governments often have the budget, but are stuck with outdated solutions and ways of doing things. The partnership is extremely beneficial for both parties, and ultimately for the citizens.

Joyce Chen, Advisor to Management for City Innovate, notes, “In the venture capital space, these are considered un-sexy industries that people don’t like to invest in. But the reality is that there’s so much opportunity there—from a government contract-size perspective to a community impact perspective—that having our startups go in there as an external innovation solution has been extremely helpful for these cities and for the startups.”

Impact of STIR on local communities

STIR facilitated a partnership between San Francisco Public Works and Nordsense, a smart trash can startup originating in Denmark. Nordsense developed a sensor-lined trash can to help the city keep the streets cleaner. The cans alerted local public service offices when the cans approached their full point.

With these smart cans placed along city streets, San Francisco saw an 80% decrease in overflowing trash cans. They also saw a 66% decrease in street cleaning requests. Apart from the aesthetic appeal, this prevented citizens from tripping over trash as well as potential health dangers and trash can fires. The city also saw a 64% decrease in illegal dumping, as the sensors monitor the materials going into the cans in real time.

The San Francisco solution piqued the interest of the government in Denmark as well. This opened up the possibility of another government contract for Nordsense there.

Vallejo, California, like many cities in the U.S., was struggling with an outdated water and sewage system. With some of the piping dating back to the 1880s, much of the sewerscape needed assessment for damage or unsafe materials.

The problem was that much of the areas in need of exploration and mapping were dangerous and even toxic for humans. So, technicians were unable to enter critical areas to find, repair, and replace damaged sections of infrastructure.

Drone IQ, a startup with with the STIR program, connected with the city to develop a solution. Drones equipped with night vision, video recording, and other data collecting capabilities went into the unsafe spaces and created a map. Knowing where the pipes intersected, where the damage was, and where pipes made of dangerous outdated materials were helped engineers design a plan for efficiently and safely repairing or replacing sections of the system.

After Hurricane Irma hit Miami-Dade County in 2017, STIR connected the county with Gruntify, a startup with comprehensive data collection and aggregation software.

Miami-Dade was having trouble assessing the structural damage. In order to help citizens reclaim their lives as quickly as possible, they needed to know where the most critical areas were. Gruntify collected and analyzed data after the storm to assess damage, and zeroed in on the most affected regions in need of plumbing and electricity repairs.

It also built a platform for when future storms hit. Having data and a software platform informing Miami-Dade on what to expect where will enable shorter lead times before citizens will have access to the clean water, electricity, and transportation affected during the storm.

With the rise of inclement weather due to climate change, more coastal cities will likely be in need of similar tools to both help with assessing damage and planning for which areas will likely be hit the hardest during hurricanes.

This falls in line with one of City Innovate mission of building resilience for cities. Says Chen, “More cities are focusing on resiliency, even hiring and retaining Chief Resilience Officers. And these startups are trying to figure out how tech could be a tool for cities or communities to respond as effectively and safely to natural disasters as possible. It’s pretty exciting, and it is a huge topic.”

History and Looking Forward with STIR and City Innovate

Nath left the innovation office to act as Co-Executive Director of City Innovate, the nonprofit facilitating the program’s expansion. In January 2019, the program will enter 31 new cities, regions, and transit agencies across the U.S. and Canada.

Each city or agency issues a challenge statement for the issues they need help addressing with a startup. Challenge statements and startup allocation is still in process for 2019. On October 9th, an estimated 80 challenges will go live on StartupinResidence.org.

Government organizations and startups work together on a contract basis and can continue the working relationship beyond the 16-week program if it’s a good fit. If the program keeps growing at the same rate, STIR is projected to be in 100 cities by 2020.

More people migrate to cities every year in search of work, and changes in climate and weather are contributing to existing infrastructure challenges. It’s encouraging to know these organizations have the vision to get a headstart on these things, and to connect the dots between need, ability, budget, and ingenuity.

To learn more about the STIR program, visit the website here. 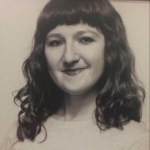 Hannah Glenn is an independent cleantech writer specializing in content, copy, and strategy for renewable energy. When not 10 inches from a computer screen, Hannah hikes in the Santa Monica Mountains, reads National Geographic, and goes to the grocery store. Find her on LinkedIn, on Twitter, or on her website, www.hannahglennwriter.com.