Minnesota’s community solar program hit a record 435 megawatts of operational capacity in September 2018. The chart below shows the progress of projects through the program since August 2015, and the nearly two-year lag between the program launch in December 2014 and the successful ignition of multiple megawatts of capacity in January 2017. 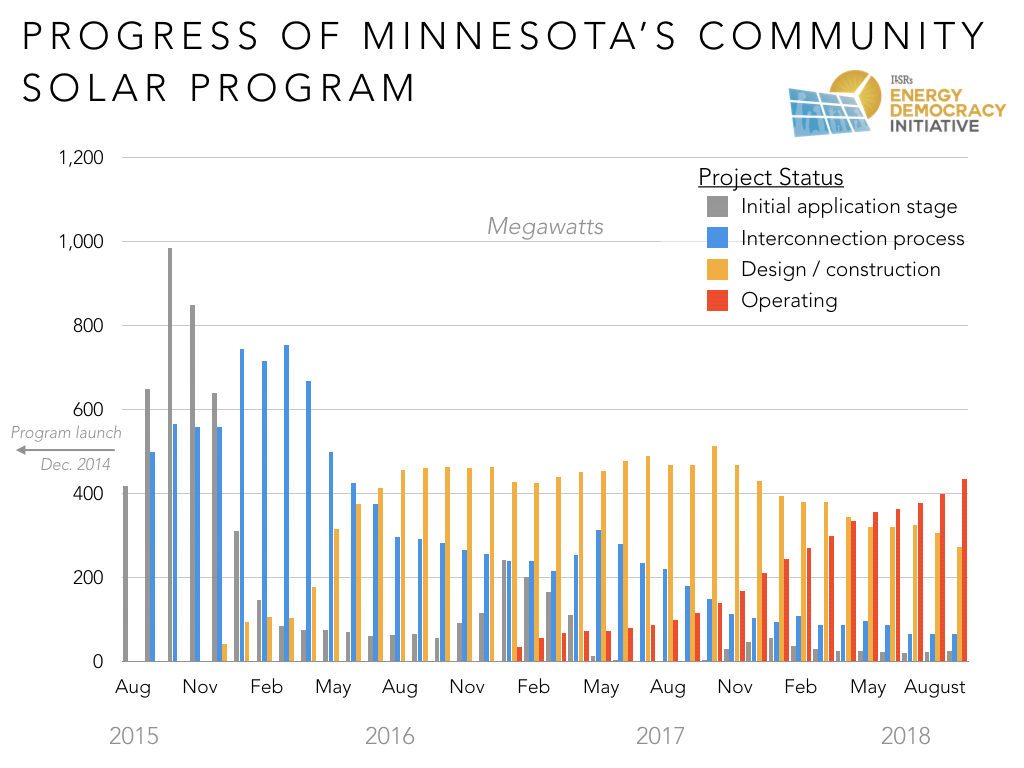 We note a new finding, that the total queue of projects (including new applications, projects in study, projects in design/construction, and energized projects) has actually shrunk in size since January 2017, from 950 megawatts to around 800 megawatts. The shrinking is likely the result of marginal projects (that were not likely to work anyway) but also the continued uncertainty about compensation rates for new projects. The state’s Public Utilities Commission changed the compensation scheme for new projects in 2018 –– based on the value of solar –– but has yet to resolve whether they will provide an incentive for projects including residential subscribers. Given the higher costs of customer acquisition and management for such projects, the shrinking queue suggests action may be needed to keep a pipeline of solar subscription options open for residential customers in Minnesota. 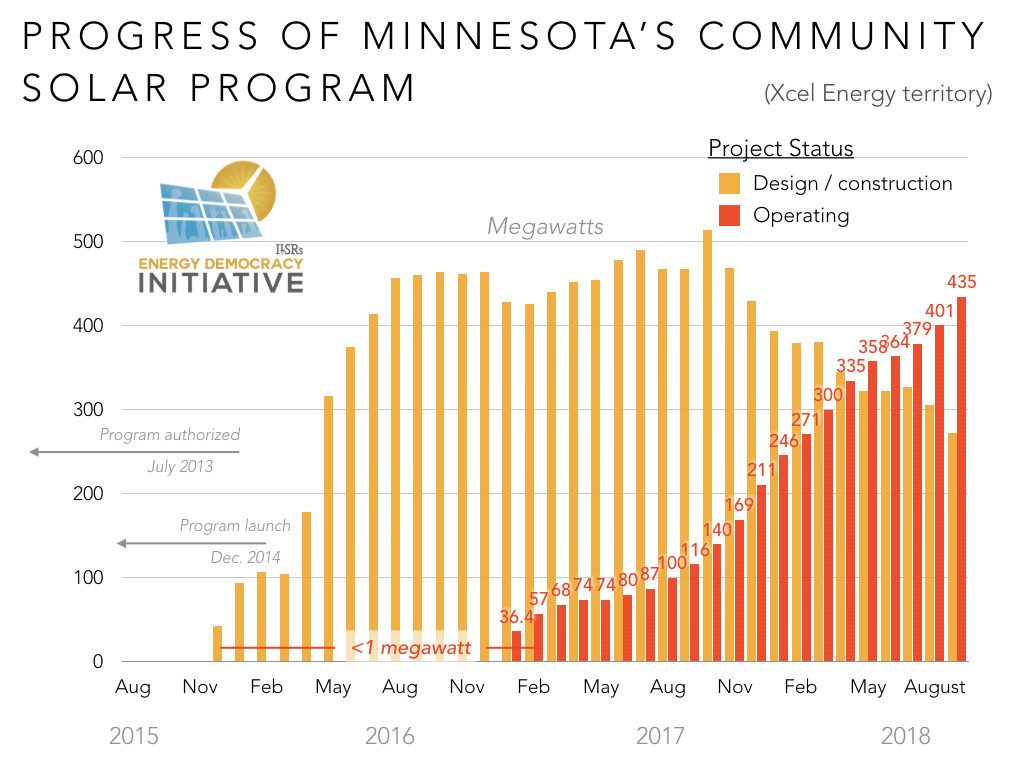 Also, Xcel Energy publishes data on the mix of subscribers, so we can report that more than 8,000 residential customers (92% of all subscribers) are saving money with a shared solar subscription. Although the vast majority of the program’s capacity serves commercial customers (87% of the 364 megawatts), nearly one-third of the total program capacity in March 2018 (about 100 megawatts) actually serves public entities like schools. In other words, community solar helps broaden those who benefit from solar by enabling individuals and public institutions to save money with solar! We’ll continue providing these subscriber spreads month-by-month if Xcel keeps reporting them.

Don't want to miss a cleantech story? Sign up for daily news updates from CleanTechnica on email. Or follow us on Google News! Have a tip for CleanTechnica, want to advertise, or want to suggest a guest for our CleanTech Talk podcast? Contact us here.
In this article:Community Solar, distributed energy, Institute for Local Self Reliance, Minnesota