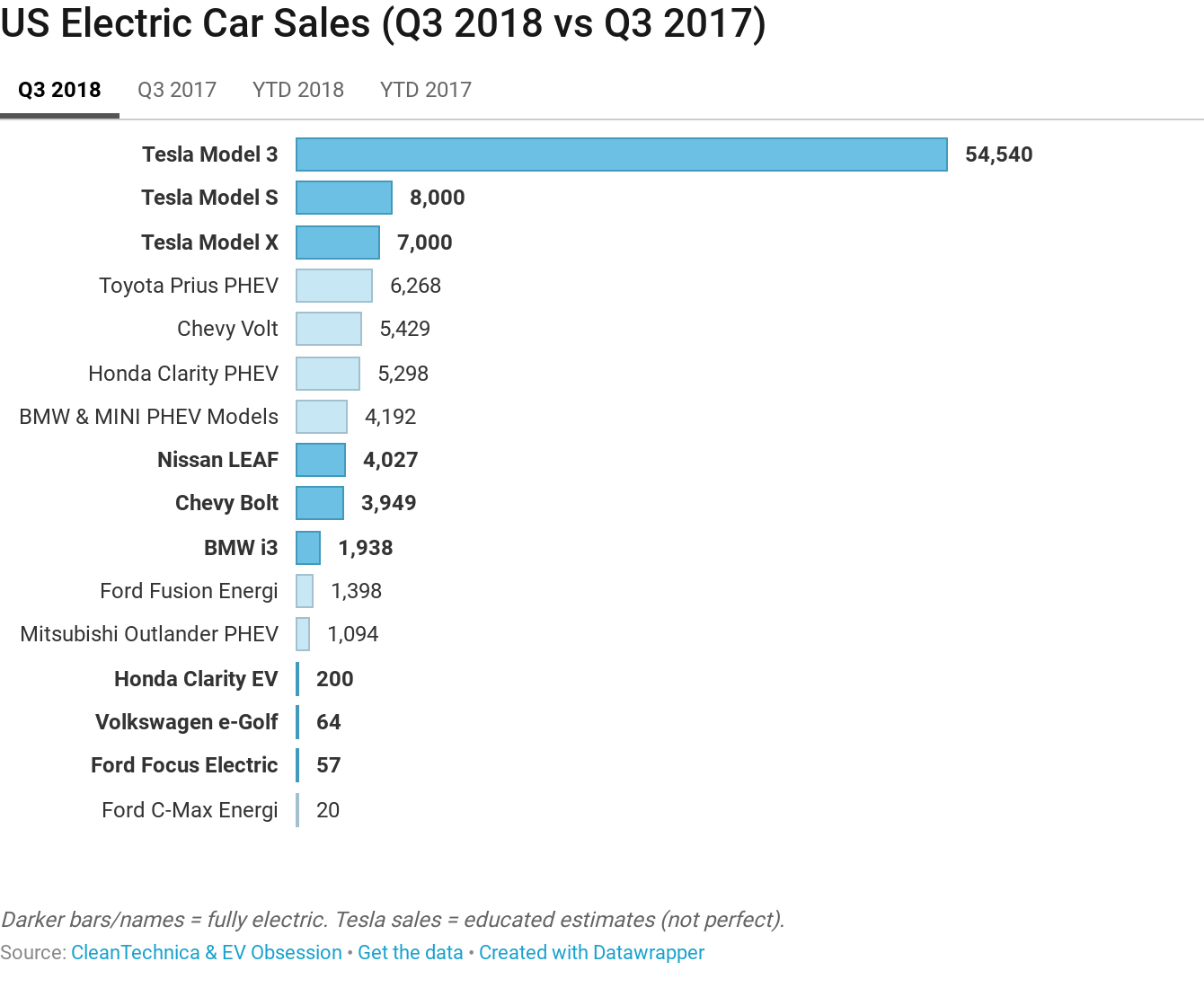 We got the news late last night that the Tesla Model 3 was by far the safest car ever tested by the NHTSA. That is, it has the lowest probability of injury of any car in history.

Many of us expected the Model 3 to perform a little bit worse than the previous #1, the Tesla Model S. However, as I pointed out when I first reviewed the Model 3, just based on my superficial experience driving and examining the car, it was clear that Tesla is continuously making improvements to its vehicles. I found the Model 3 to be significantly better than our 2015 Model S. It’s all about innovation, CEO Elon Musk might say.

But I had no clue the Model 3 was going to score significantly better than the already excellent Model S on the NHTSA tests. Tesla should have an “insane mode” button on the Model 3 that just pulls up that chart.

Incidentally, that’s also the exact same sales breakdown of the top 3 electric cars in the USA.

I noted recently that I’d stop doing monthly US electric car sales reports because Tesla only reports quarterly sales (and not even broken down by country), GM switched to only quarterly reports (as far as sales of individual models), and some automakers don’t provide any plug-in car sales data. However, I did decide I’d start doing quarterly reports to replace the monthly reports. For quarter 3 (Q3), it should surprise not a single soul that the Model 3 ran away with the title. As the #4 highest selling car in the country and by far the highest selling luxury car, everyone knew the Model 3 must have dominated electric car sales. Of the models I track, the Model 3 accounted for 53% of sales.

The Model S and X, with 8% and 7%, followed the Model 3 onto the podium for the silver and bronze medals. The Chevy Volt’s Bolt EV sibling was down dramatically both in Q3 (-46.5%) and YTD (-21%). So much for that “Tesla killer,” and so much for the head start some pundits considered to be so important.

The Nissan LEAF, meanwhile, saw a rise in its sales — 58% in Q3 and 9% YTD. The extra range, new design, and ProPILOT suite appear to be helping. Also, while the Model 3 clearly dominates the electric car sales chart, it seems that it hasn’t pulled many sales away from the LEAF portion of the pie. (The pie just got a lot bigger.) Similarly, BMW’s plug-in car sales were up year over year. The BMW i3 saw moderate growth, while BMW’s plug-in hybrid options scored 28.5% growth in Q3 and 50.6% growth YTD. In the end, the Model 3 had only 9× more sales than all of BMW’s electrified vehicles combined. That’s good, right? 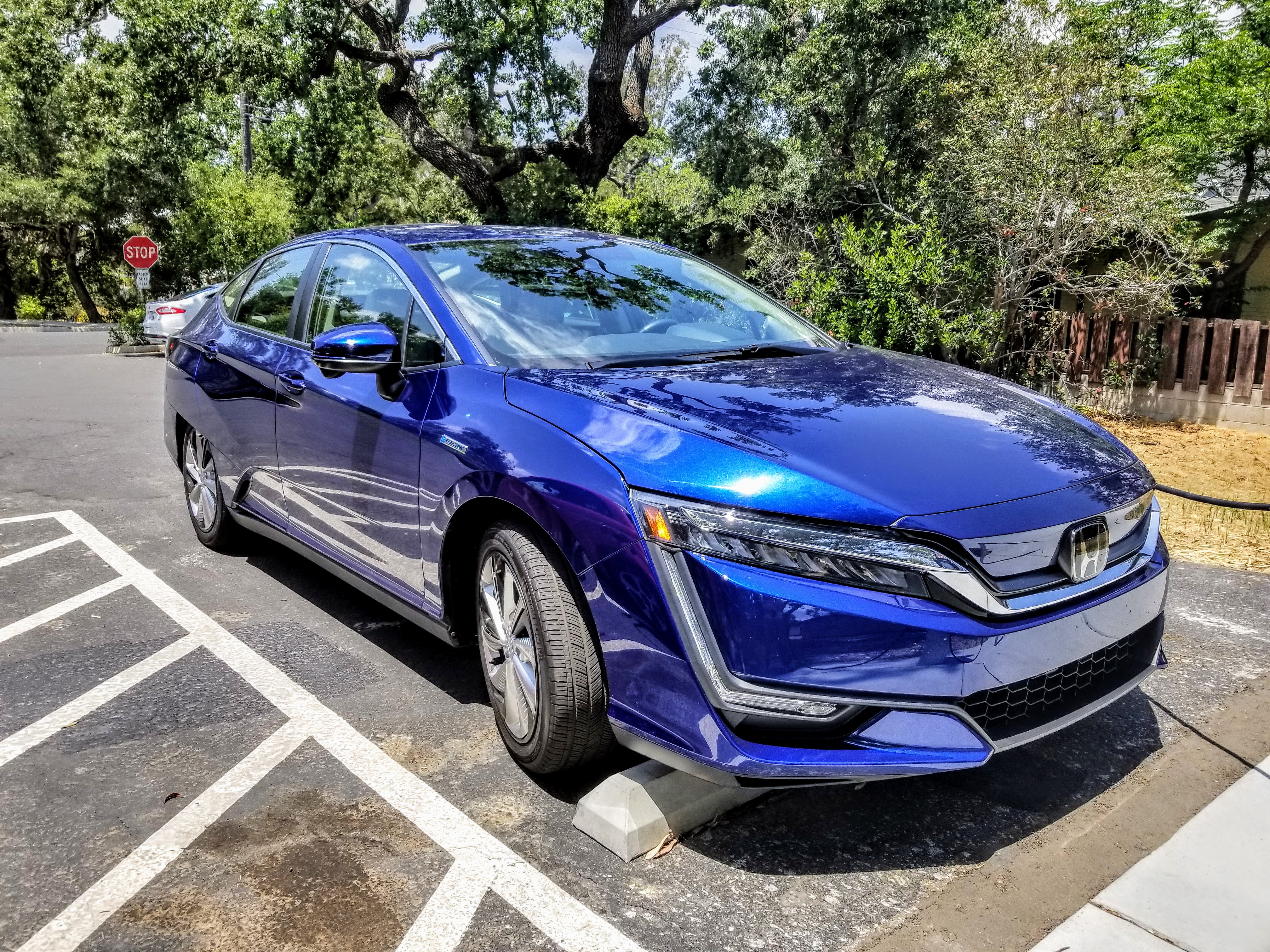 The Honda Clarity PHEV, which wasn’t around last year, scored over 5,000 Q3 sales. That would look like a very strong quarter for a plug-in car if the Model 3 didn’t log approximately 10× more, 54,540, in the same period of time.

Ford’s plug-in cars, meanwhile, saw drops all across the board. Perhaps that’s related to the company’s overall move away from cars. If you can’t beat ’em, retreat.