We’re eagerly awaiting the arrival of Sion: the world’s first series-produced electric car with solar integration created by the German startup Sono Motors. The compact minivan is set to be released at the end of 2019, and already has many prospective buyers and excited followers behind the brand.

Thomas Hausch, COO at Sono Motors since earlier this year and former Managing Director of Nissan Center Europe, announced plans to make and sell 260,000 vehicles – all of them black. This follows the company’s drive towards mass production, simplicity, and keeping costs low. More than 7,500 customers have already reserved and paid a deposit for their vehicles.

In a decision to keep costs low, Sono Motors will not produce the car itself, but will contract the production to an as yet unknown European manufacturer. The batteries will be provided by the German supplier ElringKlinger. With the solar cells built into the body of the compact minivan, the car can collect and feed energy to the battery to provide an extra 30 km to the 250 km range. Sono Motors focuses on sharing, that is why its app goSono combines three special features of the Sion: powerSharing, rideSharing, and carSharing. This functionality allows you to share electricity, rides, or the car itself with others. “Our cars should be used so efficiently that you need fewer overall,” said Laurin Hahn, Sono Motors CEO.

The Munich-based startup initially gathered funding from equity crowdfunding, raising over €820,000 through a crowd-funding campaign in 2016. With crowd-investing in 2017, it raised €1.8 million from private investors. “We will last a long time, because our cash burn rate is very low,” Hausch projected, and the simplicity of the all-black plan for the Sion is part of the key to their predicted success. One thing we won’t know for certain is how long the first generation vehicles will last. But suffice it to say, we’re excited to find out. 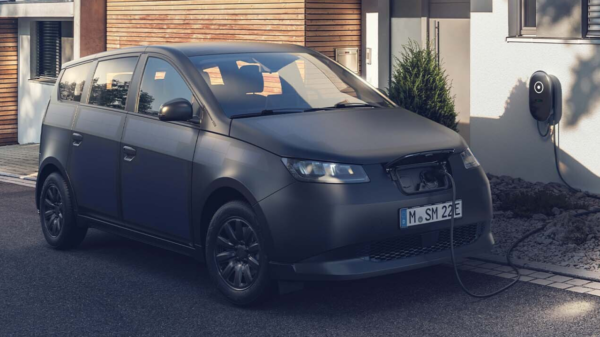 Sono Motors’ #SaveSion Campaign Extended, Some Investors Came Back To The Table

At the beginning of the month, I wrote about Sono Motors’ campaign to save its Sion vehicle. For years, CleanTechnica has documented the progress...