Originally published at ilsr.org.
Updated monthly around the 15th 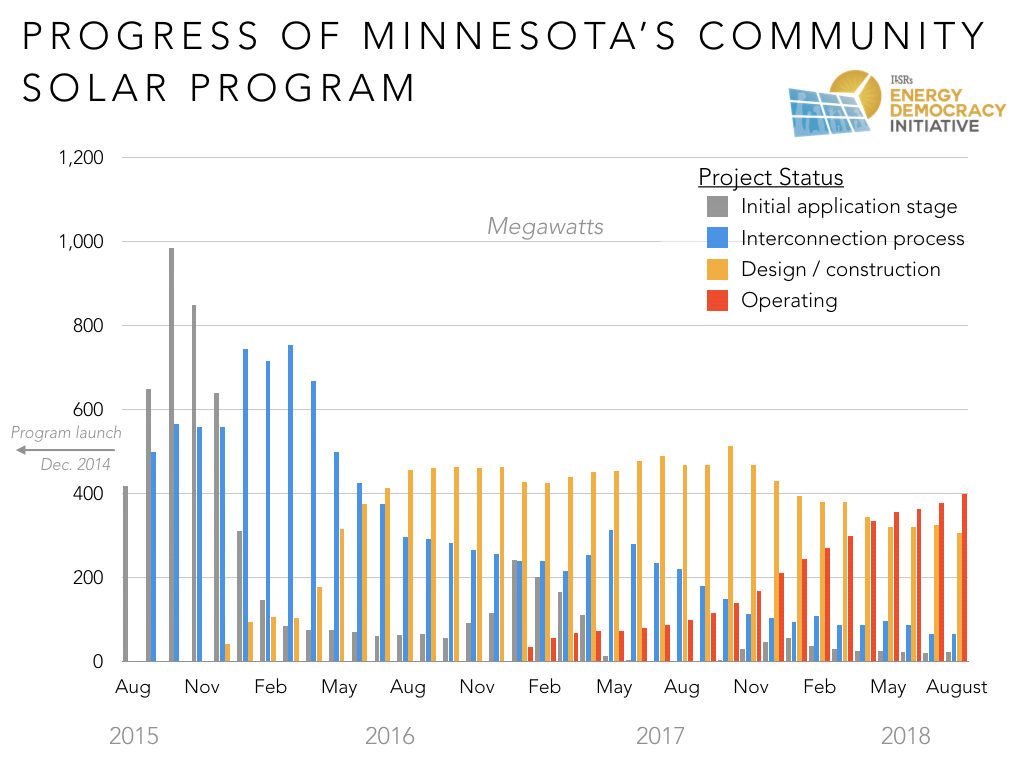 Minnesota’s community solar program hit a record 401 megawatts of operational capacity in August 2018. The chart above shows the progress of projects through the program since August 2015, and the nearly two-year lag between the program launch in December 2014 and the successful ignition of multiple megawatts of capacity in January 2017. Below is a simplified version of the chart above, showing just projects in the design/construction phase or in operation. 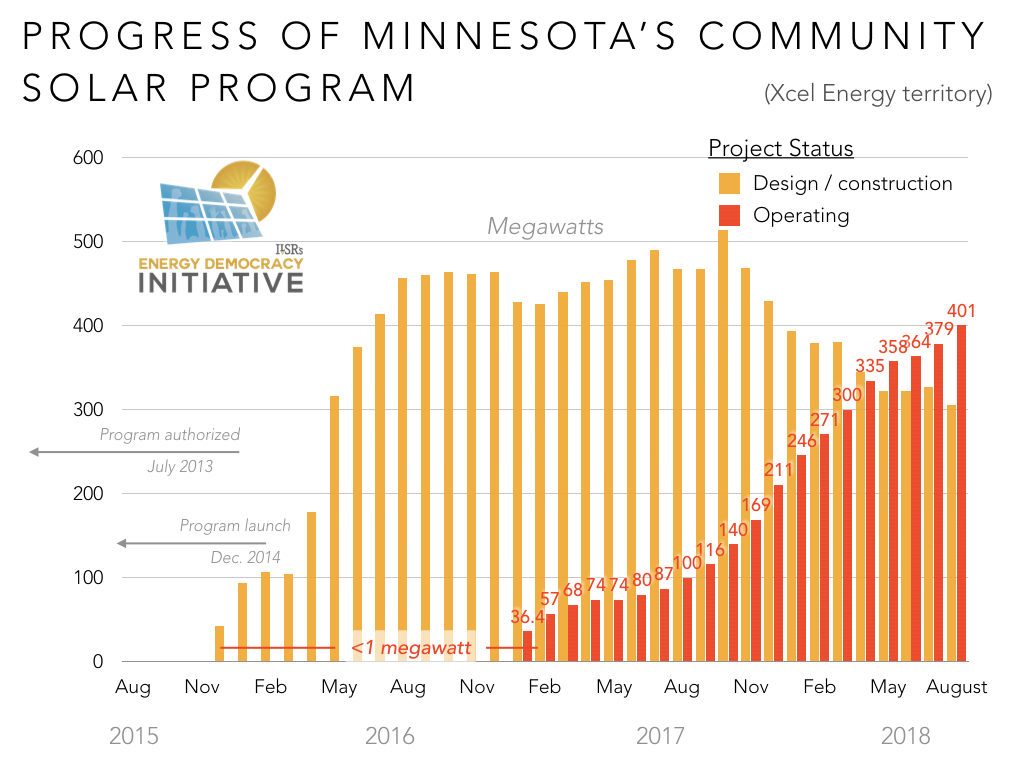 Also, Xcel Energy is now publishing data on the mix of subscribers, so we can report that more than 7,000 residential customers (92% of all subscribers) are saving money with a shared solar subscription. Although the vast majority of the program’s capacity serves commercial customers (87% of the 364 megawatts), nearly one-third of the total program capacity in March 2018 (about 100 megawatts) actually serves public entities like schools. In other words, community solar helps broaden those who benefit from solar by enabling individuals and public institutions to save money with solar! We’ll continue providing these subscriber spreads month-by-month if Xcel keeps reporting them.

In this article:Community Solar, Institute for Local Self Reliance, Minnesota, solar, solar energy