SB 100, a bill now pending in the California legislature, would transition California to 100% zero-carbon, effectively all renewable, electricity by 2045. Our studies provide a way to do this for all energy sectors (electricity, transportation, heating/cooling, and industry). Robert Bryce, a Senior Fellow of the Manhattan Institute, a think tank that has been well funded by Koch Industries and ExxonMobil, incorrectly wrote in the Los Angeles Times on August 21, 2018, that transitioning California entirely to renewable energy would “wreck vast onshore and offshore territories with forests of wind turbines and sprawling solar projects.”

First, California has 105,000 active oil and gas wells with associated roads and local storage facilities; 10,200 vehicle fueling stations; 17 oil refineries; 37 large gas power plants; 1 coal plant; 11,800 miles of gas pipeline for import and export; 100,000 miles of gas pipeline to bring gas to customers or storage facilities in state; 10 natural gas storage facilities; and more. Together, the footprint of this fossil fuel infrastructure alone is at least 6,700 square kilometers (2,570 square miles), or about 1.6% of California’s land area. Little of this land footprint can be used for other purposes. It is dedicated fossil-fuel land.

For comparison, transitioning the entire state of California for all purposes to renewables would not only eliminate the need for much of the fossil fuel infrastructure in the state, giving back most of the fossil footprint to Californians, but it would also require less actual footprint on the ground than the fossil infrastructure. For renewables, footprint is taken up by utility-scale photovoltaic (PV) plants and concentrated solar power (CSP) plants, but not rooftop PV or wind beyond a small amount. Rooftop PV has zero new land footprint, and the footprint of wind is merely the area of a turbine’s base covering the topsoil, which is small. Instead, wind has a spacing area associated with it. However, this open space between wind turbines is available for multiple purposes, such as for agriculture, rangeland, farmland, or wildlife. It can also be used for solar PV; thus, the same land for wind can be used for a second energy purpose.

Bryce claims that our plans (for all energy) require 236,200 megawatts (MW) of installed solar. This number is close (it should be 233,700 MW based on our more recent 2015 roadmap for California), but he fails to mention that 33.5% of this is rooftop PV and does not require any new land. The rest (utility PV plus CSP) takes up less than one percent (0.63%) of California’s land area, which is only 39% of the land footprint taken up by the fossil fuel industry in California today.

Next, Bryce contends that we will need 124,600 MW of onshore wind. Based on his use of 3 MW/km2 , he concludes that this will require 16,000 square miles of land, or four times the size of Los Angeles County. These numbers are plain wrong. First, our more recent plan for meeting all energy needs in California calls for 118,800 MW of onshore wind, and even this can be reduced substantially by using more solar instead of wind.

Nevertheless, based on detailed data from over 1,200 operating wind turbines in 16 onshore wind farms in 12 countries across 5 continents in 2016, we have calculated that the mean installed power density onshore is 14.1 MW/km2 in Europe and 20.5 MW/km2 outside of Europe, much greater than 3 MW/km2. In fact, for the randomly picked Ocotillo and Tule wind farms in California, they are 24.3 MW/km2 and 29.0 MW/km2, respectively. One reason for Bryce’s error is that the study he refers to acknowledges that it includes “land that was set aside for future project expansion and double counting of land where projects overlap.” It also fails to account for the actual odd shapes of wind farms and includes areas beyond wind farm boundaries. Using a conservative data based value of 14.1 MW/km2 gives a spacing area required for onshore wind of 3,253 square miles, not 16,000 square miles as Bryce claims. More important, this land is not wind “footprint.” It is spacing area that can also be used for the purposes already mentioned, including solar PV.

Bryce also doesn’t mention the other benefits of a transition of all energy in California. These include creating an estimated 36,000 more full-time, long-term jobs than lost; eliminating around 12,500 premature air pollution deaths plus millions of illnesses each year, avoiding $128 billion in health-related costs to the state; reducing energy costs; stabilizing energy prices by eliminating fuel costs (since wind and sunlight are free); and increasing energy security by eliminating energy imports from unstable and unfriendly countries. A transition also reduces state electricity needs by over 50% due to the efficiency of electricity over combustion; eliminating energy in the mining, transporting, and refining of fossil fuels; and the efficiency of heat pumps over conventional heaters. In sum, the benefits of California passing SB100 and then ultimately transitioning all sectors to clean, renewable energy are numerous relative to the risks. Californians and the world will benefit for generations to come. 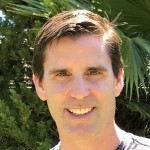