A federal judge has dismissed a racketeering lawsuit against Dutch group BankTrack alleging it engaged in eco-terrorism by daring to urge banks to fund Energy Transfer Partners and the Dakota Access pipeline. A similar dismissal order could be next for Greenpeace.

Billy Roy Wilson, the 79-year old senior judge of the federal District Court for Eastern Arkansas, dismissed a SLAPP suit last week that was filed by Energy Transfer Partners a year ago that attempted to hold BankTrack, a Dutch environmental group, legally responsible for disrupting the progress of the Dakota Access pipeline.

It’s hard to remember when hundreds of people assembled on tribal lands at Standing Rock in North Dakota to protest the construction of the Dakota Access pipeline. ETP and the state of North Dakota spent millions of dollar to hire goons (think Andrew Carnegie and the Pinkertons here) to harass and arrest the protesters. The company then decided to apply its hardball tactics against those it believed help organize the protests.

It hired the law firm of Kasowitz Benson Torres & Friedman to file suit against Greenpeace, BankTrack, and a group calling itself Earth First. In the complaint, the legal beagles claimed the defendants “cynically planted radical, violent eco-terrorists on the ground amongst the protesters, and directly funded their operations and publicly urged their supporters to do the same.” The complaint then went on to claim the actions of the defendants violated the provisions of the Racketeer Influenced and Corrupt Organizations Act, popularly known as RICO.

That law, passed in 1970, was intended to fight organized crime. Among other things, it provides for triple damages against a defendant. According to Wikipedia, “The RICO Act focuses specifically on racketeering and allows the leaders of a syndicate to be tried for the crimes they ordered others to do or assisted them in doing, closing a perceived loophole that allowed a person who instructed someone else to, for example, murder, to be exempt from the trial because they did not actually commit the crime personally.”

The suit qualifies as what is commonly known as a SLAPP suit, or a Strategic Lawsuit Against Public Participation. In essence, it is a tool wealthy and powerful interests can use to bludgeon others into shutting their mouths. It perverts the court system by using its failings — litigation costs too much and consumes way too much time for the average person — as a weapon. It is the legal equivalent of a punch in the mouth with a brick. It may interest you to know that the Kasowitz in the law firm name is none other than Mark Kasowitz, who has served as one of many personal lawyers employed the lying, traitorous weasel in the White House who has turned smash mouth politics into an art form.

Last week, Judge Wilson dismissed the complaint against BankTrack, according to a report in the Bismarck Tribune. Kazowitz and his minions alleged the Dutch group “incited, funded and facilitated crimes and acts of terrorism to fraudulently induce donations, interfere with pipeline construction and damage the pipeline developer’s business and financial relationships.” In addition, it “used disinformation and extortive schemes” in an attempt to convince banks not to fund the Dakota Access pipeline. By doing so, it threatened the banks with “brand damaging campaigns” as part of a larger effort to incite acts of terrorism by protesters.

In post 9/11 America, anything that someone does that you don’t like automatically becomes an act of terrorism. Americans, who once were proud to claim The Greatest Generation as the essence of our national character, now cower in fear under their bed sheets at night in fear that terrorists may be lurking outside the door. Anyone who dares express a dissenting opinion, or wear a head scarf, or have dark skin is immediately suspected of being a terrorist. Such widespread, generalized fear is definitely not the hallmark of a great nation.

The judge scoffed at the allegations, particularly as they pertained to BankTrack, saying the complaint “vaguely attempts” to connect BankTrack to acts of radical eco-terrorism. In his decision, Wilson noted that all BankTrack did was write a few letters to banks asking them not to help fund the pipeline. “None of BankTrack’s actions promoted, assisted or condoned violent criminal conduct,” he wrote.

In his order of dismissal, Wilson stated, “Energy Transfer’s application of RICO to BankTrack is dangerously broad. It is as attenuated as other applications of RICO rejected by the Supreme Court. If BankTrack is liable here, then every anti-abortion group that mails donor solicitations alleging ‘abortion is murder,’ or urges individuals not to do business with abortion providers on that basis, may be part of a RICO enterprise responsible for abortion clinic bombings and physician murders carried out by a minority of extremists.

Then Judge Wilson dropped this judicial bomb on ETP and its vaunted legal team. “Under Energy Transfer’s interpretation, President Trump, who has solicited donations to help him end illegal immigration and stated immigrants are rapist, drug dealers, and animals, would be part of a RICO enterprise with racist criminals who have violently attacked immigrants on these express grounds.” (emphasis added.)

Reactions To The Dismissal

After the decision, Marco Simons, general counsel for Earthrights International, which acted as consulting counsel for BankTrack in the litigation, had this to say in an e-mail to CleanTechnica. “Corporations attempting to silence criticism of their conduct have started turning to the RICO statute, and Judge Wilson’s decision is a strong rebuke to this tactic. The opinion makes clear that however much a company like Energy Transfer Partners dislikes public criticism of its projects, it cannot use RICO to argue that its critics are involved in organized crime. This is the right interpretation of the law, and it should shut down similar efforts against other advocates and nonprofits.”

Brian Hauss of the ACLU also sent us a comment. “Unsurprisingly, ETP’s voluminous complaint collapsed under scrutiny. In the court’s words, ETP’s ‘dangerously broad’ application of RICO would allow ‘the Government, individuals, corporations, and interest groups’ to ‘curtail almost any disagreeable’ speech. As we argued in our friend-of-the-court brief, filed together with a coalition of public interest groups, such a broad application of RICO would undoubtedly violate the First Amendment. We’re glad the court rejected ETP’s arguments, and we hope it will continue to closely monitor ETP’s filings in this lawsuit.”

So BankTrack is out of the picture, at least as far as this lawsuit is concerned. But what about Greenpeace and Earth First? The latter is an unincorporated loose association that exists only in cyberspace. Even the colossal legal minds at Kasewitz Benson Torres & Friedman have yet to figure out how to serve it — assuming it exists at all — with a legally valid notice of the suit. They tried to drop it on a group in Florida with a similar name, but the judge wasn’t buying it and gave the attorneys until August 1 to properly serve Earth First — if they can.

Judge Wilson did have some things to say about the complaint against Greenpeace, however. He denied its motion to dismiss but warned that the complaint against it was vague and its “factual basis for the claims appears intentionally obscured.” Such nicely honed legal language is how an experienced judge tells attorneys their claim is bullshit. He has ordered the lawyers for ETP to file an amended complaint clarifying specifically what Greenpeace supposedly did in its nefarious plot to promote eco-terrorism. “We remain confident that this meritless lawsuit by Energy Transfer Partners will ultimately be thrown out of court,” Greenpeace attorney Deepa Padmanabha said after the ruling.

The same snarling, foaming at the mouth, attack dog tactics used by Energy Transfer Partners in this instance are related to the push to pass new laws in state legislatures all across America making it a felony to oppose anything a corporation wants to do. The penalty under the proposed legislation is up to 40 years in prison. That ought to make the bastards think twice before they even think about opposing a corporate action!

Not content with stealing hundreds of billions of dollars from American taxpayers in the latest tax bill, corporations are now determined to silence anyone who dares protest their actions. And what are the chances that federal judges appointed by Lying Trump, all of whom have been suckled at the breast of the Koch Brothers, will protect us from such corporate overreach in the future? If you said “slim to none,” go to the head of the class.

The real terrorists aren’t dark-skinned men with beards carrying Korans. The real terrorists –the ones who would happily see every living thing on the face of the Earth destroyed in pursuit of more profits — are safely ensconced in corporate boardrooms. They are the ones who should be SLAPPed with a racketeering law suit or threatened with long term prison sentences.

Appreciate CleanTechnica’s originality and cleantech news coverage? Consider becoming a CleanTechnica Member, Supporter, Technician, or Ambassador — or a patron on Patreon. Don't want to miss a cleantech story? Sign up for daily news updates from CleanTechnica on email. Or follow us on Google News! Have a tip for CleanTechnica, want to advertise, or want to suggest a guest for our CleanTech Talk podcast? Contact us here.
In this article:BankTrack, Dakota Access Pipeline, Earth First, eco-terrorism, Greenpeace, Judge Billy Roy Wilson, RICO law suit, SLAPP suit, Standing Rock 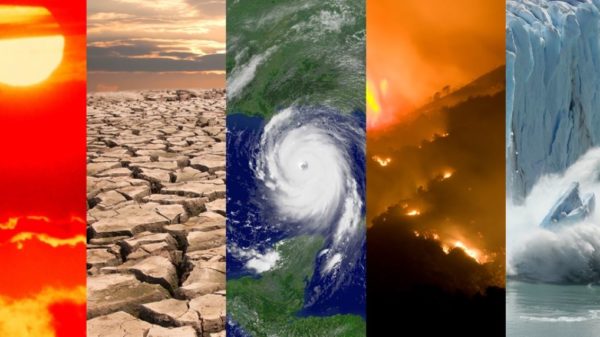