We thought it was just a US phenomenon — clueless car dealers who don’t want to sell electric cars. Oh, they have a few out on the back lot parked near the trade-ins that are going to auction, but they would rather not show them to anyone. Often, their batteries aren’t charged and the sales staff knows nothing about them or what makes an electric car desirable. They would rather slam the customer into a good old gasmobile — “What color do you want? What monthly payment can you afford? Would you like to drive it home today?” — than spend time talking about the benefits of driving electric.

It turns out this isn’t an issue that only affects dealers in North America. A group of researchers from the University of Sussex visited 83 dealers in Denmark, Norway, Sweden, Iceland, and Finland pretending to be in the market for a new car. What they found was pretty much the same as what shoppers in North America discover when they go to buy an electric car.

Benjamin Sovacool, a professor of energy policy and one of the researchers, tells Digital Trends, “We essentially found that, contrary to conventional wisdom, most car dealerships do not want to sell electric vehicles, even though they cost more than ordinary vehicles. This creates a key barrier to adoption that has not yet been addressed by policy, let alone explored systematically in research.”

67% of the time, the salespeople tried to steer the researchers toward gas-powered cars, while dismissing electric vehicles outright. In more than 75% of the visits, dealers did not even inform the researchers that they had EVs for sale. At one dealer, the researcher was told, “Do not buy this electric car. It will ruin you financially.” That’s enticing.

“Dealers act as a key type of agent known as an intermediary — someone between a product and service on the one hand, and the user, customer, or owner on the other hand,” Sovacool says. “They can thus exert very strong influence over what consumers think and do. We hypothesized that dealers would actually be more supportive or EVs, especially in the Nordic region, and were somewhat shocked by our findings.”

One of Sovacool’s colleagues in the survey, Gerardo Zarazua de Rubens of Aarhus University, believes governments and policymakers need to be aware of the problem and do more to encourage dealers to fairly represent electric cars to customers. “If these countries are real about using EVs as a tool for decarbonizing transportation, there needs to be a systematic revision of their policies and strategies to harmonize them and create a level playing field where the EV is a fair option in comparison to a petrol or diesel car,” De Rubens, he says. “We cannot keep favoring petrol and diesel vehicles and expect that decarbonization …  targets will be achieved.”

It’s all about the cash, of course. Sales representatives are paid more to sell more cars. They have little interest in educating people about the advantages of driving electric cars because that takes time. They prefer the “Wham! Bam! Thank you, ma’am!” process that reduces the sales process to the shortest time possible so them can move on to the next customer. Dealers have little incentive to sell EVs because the profit margins are low. Then there is the problem that EVs require little routine maintenance compared to conventional cars. In many dealerships, the service department is the primary profit center.

Gerardo Zarazua de Rubens is correct — incentive programs and expanded charging networks aren’t going to have maximum effect if customers are being discouraged from buying an electric car when they go car shopping. Perhaps some incentives should be created that reward dealers for promoting EVs effectively. If nothing else, this new research should alert policymakers that there is another component to the effort to get people into electric cars that needs to be addressed. 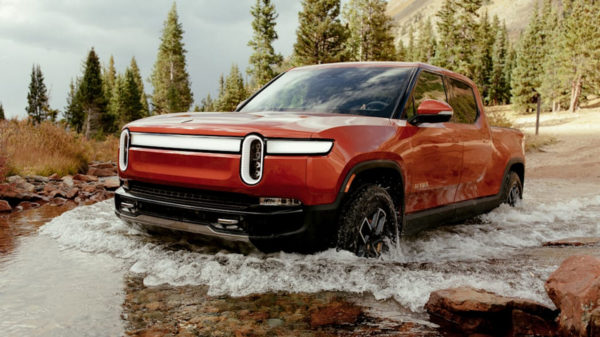 As dealerships associations, surging profits, and politricks mingle, a theory has emerged. However, it’s just a theory of mine, but I’d like to explore... Auto dealers are lobbying to close down a Tesla service center in Oklahoma. I was alerted to this by Tesla owner, Priscilla Sanstead, who...