Heat recovery ventilation is a type of mechanical, or sometimes passive, ventilation system that aims to recover as much of the heat or coolness (depending upon needs) of the air being vented as possible before release to the external environment.

Heat recovery ventilation is a type of mechanical, or sometimes passive, ventilation system that aims to recover as much of the heat or coolness (depending upon needs) of the air being vented as possible before release to the external environment.

In other words, a heat recovery ventilation system allows for the ongoing ventilation of near-airtight buildings without undue loss of heat (during the winter) or coolness (during the summer) — something highly valuable in well insulated passive solar homes or buildings meeting the Passivhaus standard.

With an effective heat recovery ventilation system in place, it becomes possible in a very well-insulated and near-airtight building for thermal losses to be kept down to a very, very low level. As a commentator on one of our earlier articles about passive solar home designs noted, with an effective design and a good heat recovery system, it becomes possible to heat a medium-sized home using nothing but a blow dryer during the winter (even a in cold environment). I’m personally aware of people living in such buildings that don’t actively heat their homes at all during the winter, but rather simply rely upon the heat generated when cooking.

As those names imply, the primary differences in designs come down to the medium through which heat (or coolness) is being recovered before being vented — with the options being: the ground; an insulated airspace; or a, typically highly saline, body of water under the building or buried in the earth.

Below basic details will be provided about each of the aforementioned types of heat recovery ventilation systems.

Earth-to-air heat exchangers, also known as ground-coupled heat exchangers, are a very common type of heat recovery system whereby the ventilation system runs through a specialized buried pipe (usually at least ~5 feet down into the ground) — thus allowing for the transference of vented heat to the pipe and surrounding earth (which functions as thermal mass) and also for the pre-conditioning of the air that will flow into the building in question.

Such systems can function very effectively year-round, depending upon local needs — both functioning to recover internal heat during the winter, and also to provide cooling during the summer when the earth several feet underground is considerably cooler than the outside air is (in many but not all regions).

Such systems are often used in agricultural (housing for livestock mostly) and industrial applications as well as residential, due to the cost-effectiveness that’s sometimes possible. While fairly often used simply on their own, in many cases such systems are also often paired with conventional climate control systems. As we noted in our earlier article about passive solar home design, though, with effective insulation, air-tightness, and a heat recovery system it often becomes possible to maintain comfortable building temperatures via nothing but body and cooking heat.

Generally speaking, the pipes used in such systems are between half a foot and 2 to 3 feet in diameter (maybe 150 to 700 mm), depending on building and vent sizes. Designs vary quite a bit further than that based on requirements though. Smooth-walled pipes with a plastic internal-coating are often used, in order to limit biofouling — this is often further aided through impregnation with bactericide (silver, etc.).

As such, widespread real-world experience has confirmed that when coupled with effective air filtering that such systems do not play host to mold, bacteria, or other problems. In fact, use of such systems (high-volume exchange systems in particular) is associated with lower levels of indoor air microbes.

Something to be aware of though is the possible presence of radon in the soils under the building in question. In such a case, problems can be avoided though through an airtight design and/or possibly the use of an earth-to-water heat recovery system instead.

To provide a last bit of generalized advice here, such systems can be highly effective in some regions (many parts of the Midwest in the USA, for instance), and much less useful elsewhere (much of the tropics, for instance). That being the case, you’ll need to do a fair amount of research to determine whether such a system makes sense where you are. Often a far simpler but still effective solution is to go with an air-to-air heat exchanger system.

As noted just above, air-to-air heat exchangers are generally speaking a simpler solution to heat recovery ventilation than the aforementioned air-to-ground systems are. Upfront costs are generally much lower, and installation is much simpler — hence the widespread use of such systems.

In a basic sense, there are two different types of air-to-air heat exchangers — passive designs, and designs requiring the use of a motor.

The tech behind air-to-air heat exchangers is fairly simple, so it doesn’t seem necessary to expound too much on the subject — just to say that the basic idea is for as much of the heat present in the air being ventilated to be recovered as possible while still allowing for decent exchange and durability.

Passive designs are often somewhat less efficient in that regard, while having the advantage of working passively.

To wrap up our article here, a less common form of heat recovery ventilation system is an earth-to-water heat exchanger. As the name implies, such a system passes ingoing and outgoing ventilation through a (generally) ground-installed brine/saline water via piping.

Owing to the design, such systems function similarly to earth-to-air heat exchangers in many ways, with the main functional difference being that the installation can be quite a bit simpler and cheaper. Other advantages include a reduced likelihood of mold problems (which was already very low if basic mitigation steps are taken), and the lack of need for drainage spaces of any kind. 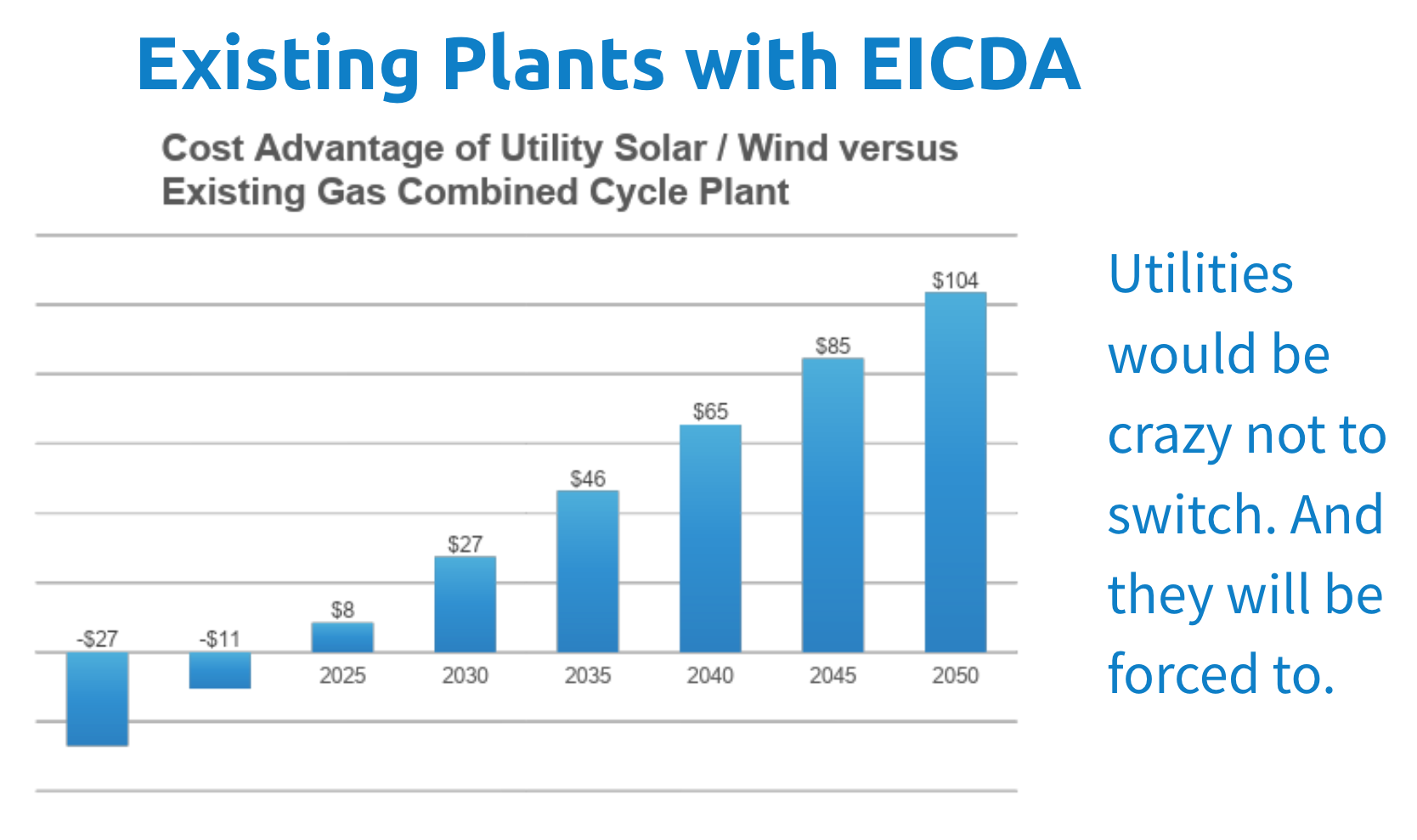 What does the US need to do to help the world prevent the worst of climate change? End the use of fossil fuels fast....

I came across a very interesting statistic the other day from the IEA's Renewables 2018 report. The statistic is that 50% of total energy... The burning of wood and biomass has gotten something of a bad reputation amongst some in the environmental community in recent years, despite the...