Some continue to deny the power/weapons connections even though the connections are plain for all to see and are now being acknowledged by a growing number of nuclear insiders and supporters. The most prominent of these are self-styled ‘pro-nuclear environmentalists’.

Claims by self-styled ‘pro-nuclear environmentalists’ that “nuclear energy prevents the spread of nuclear weapons” and “peace is furthered when a nation embraces nuclear power” do not withstand scrutiny, writes Jim Green, editor of the Nuclear Monitor newsletter. Green looks at the conclusions of some studies which, he says, downplay the troubling connections between nuclear power and weapons.

As discussed previously in Energy Post, nuclear industry bodies (such as the US Nuclear Energy Institute) and supporters (such as former US energy secretary Ernest Moniz) are openly acknowledging the connections between nuclear power and weapons ‒ connections they have denied for decades. Those connections are evident in most of the weapons states, in numerous countries that have pursued but not built weapons, and in potential future weapons states such as Saudi Arabia.

Ideally, acknowledgement of power/weapons connections would lead to redoubled efforts to build a firewall between civilian and military nuclear programs ‒ strengthened safeguards, curbs on enrichment and reprocessing, and so on.

But that’s not how this debate in playing out. Industry insiders and supporters drawing attention to the connections are quite comfortable about them ‒ they just want increased subsidies and support for their ailing civilian nuclear industries and argue that ‘national security’ and ‘national defense’ will be undermined if that support is not forthcoming.

Some continue to deny the power/weapons connections even though the connections are plain for all to see and are now being acknowledged by a growing number of nuclear insiders and supporters. The most prominent of these are self-styled ‘pro-nuclear environmentalists’.

One such person is Ben Heard from the Australian pro-nuclear lobby group ‘Bright New World‘. Heard claimsthat nuclear power promotes peace and uses the two Koreas to illustrate his argument: “The South is a user and exporter of nuclear power, signatory to the non-proliferation treaty, and possesses zero nuclear warheads. The North has zero nuclear power reactors, is not a signatory to the non-proliferation treaty, and is developing and testing nuclear weapons.”

Likewise, Michael Shellenberger, founder of the U.S. pro-nuclear lobby group ‘Environmental Progress’, claimsthat: “One of [Friends of the Earth]-Greenpeace’s biggest lies about nuclear energy is that it leads to weapons. Korea demonstrates that the opposite is true: North Korea has a nuclear bomb and no nuclear energy, while South Korea has nuclear energy and no bomb.”

Echoing Shellenberger’s claim that “nuclear energy prevents the spread of nuclear weapons”, Heard writes: “Peace is furthered when a nation embraces nuclear power, because it makes that nation empirically less likely to embark on a nuclear weapons program. That is the finding of a 2017 study published in the peer-reviewed journal International Security.” However, the claim isn’t true, and it isn’t supported by the International Security journal article, written by Nicholas Miller from Dartmouth College.

“The annual probability of starting a weapons program is more than twice as high in countries with nuclear energy programs, if one defines an energy program as having an operating power reactor or one under construction”

Miller’s article does however downplay the power/weapons connections. He writes: “In contrast to the conventional wisdom, this article argues that the link between nuclear energy programs and proliferation is overstated. Although such programs increase the technical capacity of a state to build nuclear weapons, they also have important countervailing political effects that limit the odds of proliferation.

Specifically, nuclear energy programs (1) increase the likelihood that a parallel nuclear weapons program is detected and attracts outside non-proliferation pressures, and (2) increase the costliness of nonproliferation sanctions.”

Leaving aside Miller’s questionable arguments, his article is a reasonable primer on the manifold and repeatedly-demonstrated connections between nuclear power and weapons

Miller cites recent studies that find that “states are more likely to pursue or acquire nuclear weapons when they have greater numbers of peaceful nuclear cooperation agreements with other states (including agreements related to nuclear energy production), receive sensitive nuclear assistance, are recipients of technical aid on the fuel cycle from the International Atomic Energy Agency (IAEA), or have greater latent nuclear capacity (e.g., uranium deposits, nuclear scientists, and chemical engineers).”

Leaving aside Miller’s questionable arguments, his article is a reasonable primer on the manifold and repeatedly-demonstrated connections between nuclear power and weapons.

Miller’s focus is on the pursuit of nuclear weapons so he is silent about the ongoing connections between power and weapons in existing weapons states ‒ connections such as those loudly trumpeted by nuclear advocates in the US and the UK in their recent efforts to secure further support for ailing civilian nuclear industries; or India’s refusal to put much of its ‘civilian’ nuclear industry under IAEA safeguards.

Miller’s article includes a reasonable account of the troubling connections between nuclear power and weapons ‒ so how does he downplay the connections?

Miller also has little to say about research reactor programs and their connections to both nuclear power and weapons. Yet that is an important part of the story. To give one example: India’s first nuclear weapon test used plutonium produced in the CIRUS (Canada‒India-Reactor-United-States) research reactor and that plutonium was ostensibly separated for India’s fast breeder power program.

Miller’s article includes a reasonable account of the troubling connections between nuclear power and weapons ‒ so how does he downplay the connections? He conducts a quantitative analysis concerning nuclear energy programs (reactors under construction or operating) and the pursuit of weapons. In so doing, much relevant information is cast overboard, such as real or feigned interest in nuclear power facilitating the pursuit of weapons even if construction of power reactors never began.

Even so, much of his data contradicts his conclusions. His simple count of countries pursuing weapons with or without a nuclear energy program from 1954 to the present yields these results:

At least two countries listed in Miller’s ‘no nuclear energy program’ category ‒ Australia and Iraq ‒ could be included in the other category in which case the 59:41 ratio becomes 71:29, a ratio of more than 2:1. Australia’s pursuit of weapons was closely linked to the pursuit of nuclear power. At various stages Iraq pursued all three pathways to weapons: a research reactor program (disrupted by repeated military strikes on its research reactors to prevent weapons proliferation); real or feigned interest in nuclear power; and a secret weapons program.

According to Khidhir Hamza, a nuclear scientist involved in Iraq’s weapons program: “In 1973, we decided to acquire a 40-megawatt research reactor, a fuel manufacturing plant, and nuclear fuel reprocessing facilities, all under cover of acquiring the expertise needed to eventually build and operate nuclear power plants and produce and recycle nuclear fuel.” (emphasis added)

Another difficulty with Miller’s quantitative analysis is that it yields contradictory and inexplicable results such as these:

So why does Miller conclude that “nuclear energy programs do not significantly increase the likelihood of proliferation”? Why does he privilege the second of those findings when only the first is statistically significant? Why privilege the finding that excludes countries with power reactors under construction (but not in operation) when the inclusion of such countries provides a fuller, more accurate assessment of the power/weapons connections? It seems he bases his conclusions on the findings he likes and downplays those he dislikes.

All the logistic regression models in the world don’t alter the fact that nuclear power/weapons connections are multifaceted, repeatedly demonstrated, disturbing and dangerous

Miller produces a series of ‘logistic regression models’ to map the raw data against potentially confounding variables such as economic and industrial capacity. He concludes that “although statistical power may be an issue, the data at hand do not make a strong case for a large, positive effect of nuclear energy programs, as the conventional wisdom would predict.”

But within the findings, conventional wisdom can be found. The only statistically-significant finding arising from the models is a positive link between nuclear energy programs and the pursuit of weapons ‒ a problem Miller circumvents by momentarily adopting a stricter definition of statistical significance!

Countries that have built nuclear weapons

How would nuclear weapons proliferation have unfolded if nuclear power had never existed? There would be far less fissile material in. Far fewer nuclear experts

Yet Miller’s own count finds an increase, rising to a near-doubling if North Korea is considered to have had a nuclear energy program. Once again it seems he is basing his conclusions on the findings he likes and downplaying those he doesn’t.

Miller goes on to note that using different codings (country categorisations) “there is little support for the conventional wisdom” and he states that “the evidence that a nuclear energy program is associated with a higher success rate is inconsistent and sensitive at best.”

All the logistic regression models in the world don’t alter the fact that nuclear power/weapons connections are multifaceted, repeatedly demonstrated, disturbing and dangerous:

Conversely, let’s imagine a significant expansion of nuclear power. Former US Vice President Al Gore said during a 2006 interview: “For eight years in the White House, every weapons-proliferation problem we dealt with was connected to a civilian reactor program. And if we ever got to the point where we wanted to use nuclear reactors to back out a lot of coal … then we’d have to put them in so many places we’d run that proliferation risk right off the reasonability scale. And we’d run short of uranium, unless they went to a breeder cycle or something like it, which would increase the risk of weapons-grade material being available.”

Have a tip for CleanTechnica, want to advertise, or want to suggest a guest for our CleanTech Talk podcast? Contact us here.
In this article:Jim Green, Nuclear Monitor, nuclear weapons 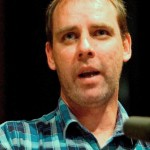 Dr Jim Green is the national nuclear campaigner with Friends of the Earth Australia (www.nuclear.foe.org.au), and editor of the Nuclear Monitor newsletter produced by the World Information Service on Energy and the Nuclear Information & Resource Service (www.wiseinternational.org/nuclear-monitor).

Top U.S. Nuclear Weapons Facility To Be Powered By The Wind

File this one away under Poetic Justice: the largest ever federally owned wind power project just broke ground at the Pantex Plant in Amarillo,...

Well over four hundred tons of uranium have been converted from former Soviet Union nuclear warheads. Called “Megatons to Megawatts,” the program was started...