We recently published an article discussing the fastest and the quickest plug-in electric cars on the market. One of the commentators on the article noted that such information wasn't relevant to most people, and that he would rather read an article comparing the details of the least expensive electric vehicles out there, not the most expensive.

We recently published an article discussing the fastest and the quickest plug-in electric cars on the market. One of the commentators on the article noted that such information wasn’t relevant to most people, and that he would rather read an article comparing the details of the least expensive electric cars out there, not the most expensive.

Despite writing the other article (for various reasons), I’m inclined to mostly agree — most people are never going to consider purchasing a car that costs more than $40,000 (much less $100,000), and if electric vehicles are ever going to be adopted by the masses to any real degree, then there will need to be some cheap and impressive models available … which is exactly why I write about Toyota’s and Honda’s slow movement to date with regard to electric vehicles as much as I do.

But, anyways, there are some relatively affordable (certainly not to everyone) all-electric cars models on the market now — and, of course, if one doesn’t mind waiting 3-4-5 years, then they might be able to get a decent deal on a used Tesla Model 3; or a used version of the refreshed, long-range Nissan Leaf or Chevy Bolt for that matter.

With that first fact in mind, I’ll provide an overview here of some of the most affordable plug-in, all-electric vehicles on the market currently. I’m going to go ahead and ignore national borders while making this list, though, in order to give readers a better understanding of why electric car sales are so much better in some markets than in others. That said, there’s a long list of electric cars in some markets we can’t easily follow, so forgive us if we missed a great, affordable option.

The BAIC EC-Series is now the best-selling cheap all-electric car out there. Never heard of it? That’s because it’s for the most part only sold in China. But at ~$22,000 a pop, and with a range of around 125 miles per full charge (~200 kilometers), the model probably suits the requirements of urban dwellers in many of China’s cities fairly well.

It’s too bad that they company doesn’t yet sell such offerings elsewhere. Though, I suppose that at this point the pricing is still too high for much success internationally once the various import tariffs that are active in many regions come into account. And there’s of course the matter of the company no doubt being focused right now on the rapid expansion of the electric vehicle market in China over the next few years.

All things considered — the relatively “normal” styling; the range; the interior space and cargo capacity — the BAIC EC-Series seems to make for a fairly good deal. Any surprised it found over 13,000 new homes in December? With 78,000 sales across 2017, it’s just getting started.

Next up on the list of the world’s most affordable all-electric cars, we have the Zhidou D2 EV — another car pretty much only available to those in China. With a battery pack limited to just 12 kilowatt-hours (kWh) of capacity and more limited interior space, the Zhidou D2 EV is closer to the ultra-compact electric vehicles of the western world — the smart fortwo, the Renault Twizy, etc. — than to the aforementioned BAIC EC-Series.

That considered, the pricing is also a fair bit lower. At ~$19,000, its pricing is not dissimilar from the pricing for the smart fortwo and the Renault Twizy in their home markets. The single-charge range is reportedly around ~75 miles (~120 kilometers).

Some people reading this will likely say that the Zhidou D2 EV isn’t really a car, but then again, the same thing could probably be said of every vehicle on this list … except for the BAIC EC-Series and maybe the JMC E200.

The JMC E200 is another car available to those in China … but not elsewhere. With a price tag of around $20,000, a single-charge range of ~94 miles (~150 kilometers), and a compact design, the model is fairly similar to the others discussed so far on this list.

The model likely meets the requirements of a fair number of consumers in China but will be eclipsed by more substantial (but similarly cheap) offerings over the coming years as battery prices continue coming down. What more needs to be said?

Next up we’ll discuss the 4th generation of the smart fortwo electric drive — an ultra compact offering from Daimler. The model is a bit more expensive than the aforementioned Chinese ones — which isn’t surprising since the German auto industry tends to sell cars at a higher price point.

Starting at €21,940 in Germany (with VAT included) — or $23,900 in the US — the model is fairly affordable … but still seems overpriced for what it is when you consider that a good-condition, used Nissan Leaf can be had for about half of that.

That said, the model doesn’t sell terribly and seems to meet the needs of some consumers living within urban environments. The ultra-compact design is also quite an advantage in the some of the old quarters within some old cities in Europe, where larger vehicles can be hard to safely maneuver.

As it stands, the model (4th gen) features a 17.6 kWh battery pack, a real-world range well under 100 miles per full charge (99 miles/160 kilometers by the NEDC testing-cycle’s unrealistic accounting), 81 horsepower, and 118 pound-feet of torque. Moving on, we have the Renault Twizy, which is priced via a somewhat Byzantine system where battery packs often have to be leased. For that reason alone, I am inclined to not possess a favorable view of the offering … but it does seem to possess its share of fans.

Whether or not one considers the Renault Twizy an actual car varies quite a bit amongst those who follow the electric vehicle sector, but the model is arguably of comparable size and performance to other ultra-compacts. Pricing starts at €6,750 + a €50/month battery lease in Europe.

Update: The two Chinese models below were added after publishing, with the text for each primarily stolen from Jose Pontes, except where noted. 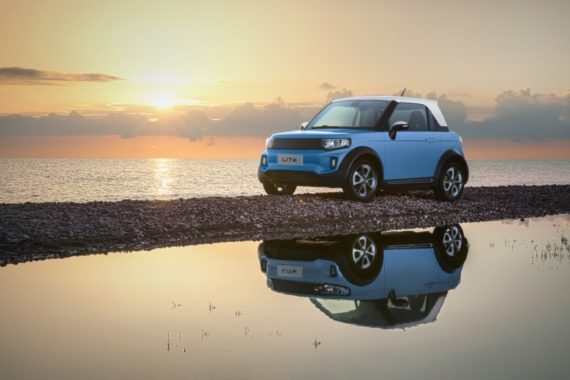 “This is a sort of premium and individualistic alternative to its EC-Series best seller. The Arcfox Lite is actually hard to define. It’s a small city car, but in a cheap and chic kind of way, you can even say it’s a coupe … well, sort of. Targeted at young, hip urbanites, the little two-seater has an extroverted style and it’s new from the ground up. It features lightweight materials (aluminium, carbon fiber), contributing to a light 900 kg curb weight.

“Being part of BAIC’s new ‘Arcfox; premium electric sub-brand, and despite having average specs (50 hp motor, 170 km or 106 mile range), it comes loaded with tech. That includes 3 screens on the inside and LED displays on the outside (front and rear), showing whatever passengers want. Starting at 94,000 Yuan ($14,500), this is something of an oddball — either it could be a major success, selling 5,000–10,000 units/month, thanks to its unique mix of individuality and hipsterness, or … it could tank because it’s too weird.” “Shanghai Auto and General Motors have high hopes for their tiny two-seater, and the production ramp up is starting to make an impact on the Chinese plug-in market, having landed a record 5,545 registrations last month, earning its first podium place. Will it replicate the BAIC EC-Series success? I wouldn’t rule out that possibility, or even export prospects, as it could be marketed as GM’s Smart-like product outside China.”

From GM: “The E100 is powered by a single motor that produces 110 Nm of torque and 29 kW of motoring power. It can travel up to 155 km on a single charge making it an excellent choice for many urban daily commutes in China. The lithium-ion battery pack can be fully charged in 7.5 hours. It is capable of capturing energy through a regenerative braking system.

“With a wheelbase of 1,600 mm and height of 1,670 mm, the compact E100 seats up to two adults comfortably. Its turning radius of 3.7 meters enables it to get in and out of tight spaces conveniently. The vehicle has a maximum speed of 100 km/h, allowing it to travel on local roads and urban expressways.

“Its 7-inch screen and Wi-Fi enable E100 users to enjoy infotainment and remain connected while on the road. The electric vehicle is also available with a touchpad, air filter and keyless entry on the premium Zhixiang variant.”

So, what are the conclusions that we can draw here? That there’s certainly still a fair amount of improvement to be made with regard to lowering prices and improving performance — that is, if all-electric vehicles are going to directly outcompete internal combustion engine (ICE) vehicle offerings in the important sub-$25,000 segments.

While it’s arguable that, when total costs of ownership are factored in, some all-electric cars are already “cheaper” than gas cars with a lower price tag, the reality is that few consumers consider such things.

What other conclusions can we draw? I would say that, since those wanting an actual car (not an “ultra-compact car”) have to spend at least ~$28,000 to get one (if not in China), it may make considerably more sense to just buy used. For the time being anyway.

Don't want to miss a cleantech story? Sign up for daily news updates from CleanTechnica on email. Or follow us on Google News! Have a tip for CleanTechnica, want to advertise, or want to suggest a guest for our CleanTech Talk podcast? Contact us here.
In this article:BAIC EC-Series, JMC E200, Renault Twizy, smart fortwo, Zhidou D2 EV