The afternoon of December 30, 2016, was a rainy one in Southern California. I remember when we used to have those. It was also the day I drove a Bolt EV off the lot of my local Chevrolet dealership. It was the very first one they sold.

This week marks an elapsed year after taking this plunge. Anniversaries can be arbitrary and forgettable dates, unless you are married. Yet a full year seems as good a time as any to pause for a bit of reflection, to ask myself how this purchase has worked out. My driving case isn’t typical. I work at home and don’t otherwise place heavy demands on a car, so the 6,400 miles I’ve put on the odometer during the past year is less than many drive their cars in just a few months. What I’ve found to be more unusual, though, is that I am otherwise in Chevrolet’s target market. That is, I was a first-time EV buyer.

My unscientific conclusion based on conversations with other Bolt owners over the last year is that a large number (if not a majority) of Bolt buyers in its first model year were previous EV owners who already knew their way around this type of car. They were drumming their steering wheels impatiently waiting for a reasonably priced EV with a useful range.

I had no such basis for comparison. I was ready for the technology, but my criteria were entirely about whether the car would meet my daily driving needs without disruptions. Mainly, I was seeking a smooth transition from hydrocarbons to electrons.

The purchase itself was a total leap of faith. When I placed the order over a year ago, few outside of auto enthusiast magazines had even set eyes on the car. This is not normally how I buy cars, an event that comes up about once a decade. I buy to keep, so I try to find a way to rent my keeper beforehand. That wasn’t an option with the Bolt.

I’d also never owned a GM product, so this too created some anxiety. I would have to base my decision on nothing more than reading, and a test drive when the car arrived at the dealership. Fortunately, it was generous. The sales staff was equally curious about the car. I took a deep breath, and wrote the check.

We have another car in our household well-suited for long trips, so I decided from the outset to not push the Bolt until I felt totally comfortable making round trips well within its rated range. While I can certainly admire those brave EV warriors who plan long cross-countries in their Bolts, folding in all those charging stops, that isn’t me, at least not yet. A year in, and I still haven’t charged the car outside of my own garage.

And to be honest, I am astounded by the stories I hear from owners who drive their Bolts down to the electron equivalent of fumes. That isn’t me, either. I don’t need the stress, unplanned hunts for chargers, or any related freak-outs coming from the passenger seat. They would definitely violate my smooth transition directive.

As planned, I’ve stepped out gradually. After completing my first drive to Dodger Stadium in the spring (around 130 miles from home, roundtrip), I felt a bit like Lindbergh landing in Paris. If the EV veterans out there are laughing right now, I understand. The point is, for an EV noob, the first drive of any real length without a petroleum safety net is a genuine adventure.

I made that trip many more times during the year, each more routine than the one before. On picking up friends on the way to a ballgame in midsummer, I received a polite inquiry: could the car really make it there and back? Being able to answer “yes” with total confidence was no small thing. Longer trips are coming, I have little doubt, but only because these intermediate drives were so informative.

I won’t tick down the list of the car’s quirks. Every car has them — the Bolt perhaps a few more than most. Chevy made a compromise here or there that we all wish they would have avoided. They are already much discussed and debated. Suffice to say, I can live with them.

The anniversary question is whether my gamble on the Bolt paid off. I’d like to think it has, for both me and Chevy. Overall, I’ve been successfully introduced to EVs. And while my comfort level has grown, I still feel like I am driving the future. Electric motor propulsion is so clearly superior, I cannot imagine going back to the old way, which now feels primitive, like banging rocks together.

If selling that concept to people like me was the plan, then Chevy hit the target, with bonus points. With each passing day, I picture myself less like an explorer hacking his way through the jungle looking for civilization. I feel like I’ve already found it. 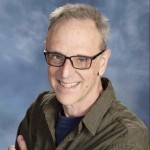 Mitch Stone is a professional historian (historicresources.com) and writer with a background in city planning and geography. His other passions include aviation, film, theater, baseball, travel, technology, playing the ukulele, and yoga. He is happiest when he is doing all of them at the same time.