If my last article seemed too reminiscent of Potterville in It's a Wonderful Life or The Grinch that Stole Efficiency, let's switch gears a bit with an upbeat holiday energy efficiency parable.

If my last article seemed too reminiscent of Potterville in It’s a Wonderful Life or The Grinch that Stole Efficiency, let’s switch gears a bit with an upbeat holiday energy efficiency parable.

In a bid to outdo his neighbors in National Lampoon’s Christmas Vacation, Clark W. Griswold, installs 25,000 Christmas lights on his home at great risk of personal injury. As those seeing the holiday favorite may recall, when Griswold’s son finally manages to find out why the entire string refuses to illuminate (not plugged in!), the lights create a blinding nighttime display. The electric service meter spins and smokes, the neighborhood streetlights dim, and someone offsite throws a big switch for more generation.

In 1999, the FPC (now Duke Energy Florida) residential monitoring project allowed us to answer the first question with some accuracy. I compared the loads on Monday, December 20, 1999, with those on Monday, November 22, just before everyone starts installing holiday lighting. I took the total electric power at each of the 185 sites with valid data and then subtracted sub-metered air conditioning, heating, domestic hot water, pool pump energy, ranges, and clothes dryers. This left a residual which includes refrigeration, plug loads, and lighting. Although this represents a hodgepodge of various minor appliances, the major difference between Monday November 22nd and Monday December 20th should primarily be holiday-related lighting.

The comparative plot below shows that holiday lighting rises rapidly beginning at 6:00 pm EST, with an average increase in load of about 400 watts during the early evening hours. This difference peaks at about 9:00 pm, but then drops off to about 200 watts by midnight. The difference of about 200 watts is maintained throughout the nighttime hours and does not become similar to the November 22nd loads until about 1:00 pm. This indicates that many households leave the lights on all night and evening during the morning hours (from my own household, I know that some lights are accidentally left on 24 hours). The difference in electricity consumption between the two days averages 4.4 kWh/per day. So, customers in Florida paid about half a dollar a day for this bit of luminous holiday cheer in 1999. Figure 5: Other loads & lighting before and after Christmas lighting in 1999.

Obviously, this is an average, however. Non-participating Ebenezer Scrooge types consume nothing additional, while those determined to put on a gonzo display like Clark Griswold will use a lot more. And what about more recent data? Modern LED Christmas lights are much more efficient than lamps in use nearly 20 years ago.

To update things, I repeated the analysis with the 58 homes in our Phased Deep Retrofit monitoring in 2013. Here, we had very detailed monitoring with all end uses, including refrigerators, home offices, even televisions sub-metered such that when we compute an “Other” residual, it is largely plug loads and lighting. Using the data, I compared Thursday, November 21, 2013 (it was the Thursday before Thanksgiving) with Thursday, December 19th.

In the plot below, we see that the residual power with all sub-metered loads removed is now quite small, although the evening increase associated with holiday lighting is clearly seen.

Although we did no attempt to supply or influence PDR project participants to use LED lighting, suppliers estimate that over 70% of holiday lighting now sold is of the LED type. Given the rapid attrition of the frustrating old mini-lights (single lamp goes out, entire string off), LEDs have grown rapidly as standard holiday lighting since most do not have this problem and will last for more than 10,000 hours. Figure 6: Measured lighting and plug load electricity in PDR home: before and after installation of holiday lighting.

From the plot, one can see that most of the added lighting energy — about 100–200 watts — comes during evening hours and the total added lighting energy is only about 1.1 kWh/day. A rough comparison with the earlier 1999 data (admittedly a different sample) suggests that holiday lighting has become more efficient, likely through increased saturation of LED lighting strings.

What about some specifics? Years ago, we used a sensitive Valhalla 2100 power analyzer to examine how much electricity is required for different types of Christmas lights. We measured several popular types of lights — all classified a decorative lighting by UL. I’ve updated that by measuring the more efficient LEDs that are now about half of the Christmas lighting market. Consumption per Christmas light varies by about 50:1 for a given type when comparing incandescent vs. LED. Until recently, the small mini-light W2 bulbs were the most popular for Christmas trees — often with about 100–200 lights used. This would be about 34–68 watts for illuminating the tree. These strings are almost always made in China and seem to have been ingeniously designed so that when one socket fails, the entire string must be replaced at Walmart the following year. However, newer LED strings are now much more efficient and clearly the way to go. There are LED versions of the W2 bulbs or even the LED version of the C7 candelabra or big C9 bulbs often used outdoors. You can illuminate your tree and your home for a fraction of the electric power needed for the incandescent types. Here a string of 200 lights on the tree would only draw about 14 Watts — an energy trifle.

In previous times, larger incandescent candelabra type bulbs are often used outside. Close inspection of Griswold’s handiwork in the film indicates he was using the traditional C 7 ½ bulbs, which use 5 watts each: 25,000 would have required 125 kW to power and 150 amp service to make a go of it. To be realistic, Clark should have been shown having electricians out to rewire his service to provide the juice to his get-up and some pretty elaborately fused 120 volt branches. Running it in Florida would have cost about $14 an hour. And note that had Clark used the modern LED Christmas lamps, he could have run strings totally 25,000 bulbs for just 1,750 watts (1.75 kW). That’s still a lot, but not outrageous.

Aside from the fun, the above demonstrates the insight available from monitored data as well as the transformation available from making the best technology choices for energy efficiency. Next time, we will see how the Florida utilities are rapidly now embracing solar as a future generation resource — they’re just not keen on seeing you produce your own.

I’ll close with belated [because of the editor] Christmas and holiday wishes for all CleanTechnica readers patiently reading my series. I’ll also mention that while utility persons may think my commentary harsh, I still very much respect what you all do. Planning, building, and maintaining a large utility generation network for millions of customers while betting against a complex energy future is not at all simple. I just think in Florida we could do better in several areas: efficiency, renewable energy, and storm resiliency. At the moment, we are not.

It is my hope that in time we will do better. I am wishing everyone a happy and safe New Year.

Don't want to miss a cleantech story? Sign up for daily news updates from CleanTechnica on email. Or follow us on Google News! Have a tip for CleanTechnica, want to advertise, or want to suggest a guest for our CleanTech Talk podcast? Contact us here.
In this article:christmas, christmas lights, Duke Energy, Florida 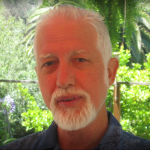 Danny is principal research scientist at the Florida Solar Energy Center where he has worked for the last thirty years. His research for the U.S. Department of Energy has concentrated on advanced residential efficiency technologies and establishing the feasibility of Zero Energy homes (ZEH) — reducing the energy use in homes to the point where solar electric power can meet most annual needs. The opinions expressed in this article are his own and do not necessarily reflect those of the Florida Solar Energy Center, the University of Central Florida or the U.S. Department of Energy. Season’s greetings … and Merry Christmas to all those in the Tesla and EV community! Hopefully, you’ve been treated to some great gifts under...