While everyone is talking about electric cars and autonomy as a huge disruptor to the global economy, there is another elephant in the room that not many people seem to notice — lab-grown meat! A few days ago news broke that China bought $300 million worth of lab-grown meat from three Israeli-based companies — SuperMeat, Future Meat Technologies, and Meat the Future. While the price per lb/kg was undisclosed, I would not be surprised if the price paid was at or below farm-grown meat.

While everyone is talking about electric cars and autonomy as a huge disruptor to the global economy, there is another elephant in the room that not many people seem to notice — lab-grown meat! A few days ago news broke that China bought $300 million worth of lab-grown meat from three Israeli-based companies — SuperMeat, Future Meat Technologies, and Meat the Future. While the price per lb/kg was undisclosed, I would not be surprised if the price paid was at or below farm-grown meat.

I’m sure many people would like to know how long it will be until lab-grown meat floods the global market, and in order to answer that, one has to look at Ray Kurzweil’s Law of accelerating returns, which states that, “for every technology, there is an exponential growth and that growth is always accelerating due to convergence of technologies (i.e. — faster computers, better hardware, AI assisted systems, etc.)” As meat production like this becomes a technology, it will be subject to the “Law of accelerating returns.” Thus, growth will accelerate while the price per unit produced will decrease.

Is there a Moore’s law for lab-grown meat? Probably, but I am not aware of details on this subject yet. However, looking back just a few years, we have seen some insane price drops for lab-grown meat. In 2013, a burger of lab-grown meat would have cost you $325,000 excluding tips, and just two years later the same lab-grown burger was only $11.36.

Drawing reference from the continuous price drop in the last couple of years, it could be presumed that in 3 years, the global market could be inundated by lab-grown meat sold at ridiculously cheap prices. This lab-grown meat will be antibiotic-free and hormone-free, a much healthier option when compared with farmed meat.

What would that mean? Well, as with most transitions, there will be some winners and losers; however, I believe that for the most part, the change will be good for the planet, animals, and people.

It is estimated that about 14% of global greenhouse gas emissions come from livestock (estimates vary greatly depending on the assumptions). Although producing meat in the lab is quite energy intensive and could contribute to global warming as well, it will be exponentially better compared with current livestock practices. A possible reduction in greenhouse gas emissions from livestock would at the barest minimum be achievable within the next 5–10 years with lab-grown meat.

Additionally, most intentionally deforested pasture lands as well as huge corn and soy plantations could be turned back into lush forests, as little rangeland would be needed for livestock production. This would further help to trap carbon and reduce global warming. Could this be our ace in the hole to keep the temperature under 2 degrees? Possibly!

In my opinion, there’s an even better outcome of the rapid expansion of the lab-grown meat industry. It could be a bombshell for lab cell regeneration and cheaper recreation of human organs.

With persistent takeover by the lab-grown meat industry, lots of farms will be put to halt. This will be accompanied by loss of jobs and job insecurity. Unfortunately, the swift change will be too rapid for many policymakers to take notice and implement protection measures for those affected by the change.

Don't want to miss a cleantech story? Sign up for daily news updates from CleanTechnica on email. Or follow us on Google News! Have a tip for CleanTechnica, want to advertise, or want to suggest a guest for our CleanTech Talk podcast? Contact us here.
In this article:Carbon Emissions, China, clean-tech, fake meat, Future Meat Technologies, israel, meat, startups, SuperMeat, Waste Reduction 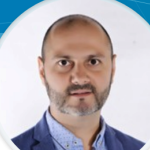 Avid reader, cleantech enthusiast, curious by nature, interested in everything.