Researchers at UC–San Diego are working on ways to permit neighbors to share renewable energy with each other in times of emergency using microgrid architecture.

The modern utility grid is designed to distribute electrical energy from large central power plants. It’s an “all for one and one for all” arrangement. Either the power plant is functioning as intended or is out of commission entirely. The idea of a distributed grid with many local microgrid elements that could continue functioning while the larger grid is unavailable — such as during emergencies after hurricanes — is still in its infancy.

But the few microgrid arrangements that do exist are typically controlled by local utility companies. There presently are few ways that locally sourced electricity from renewable sources such as rooftop solar panel systems or small-scale wind turbines can be shared with others nearby. In times of a natural disaster, such as Hurricane Harvey or Hurricane Irma, that capability could provide life-saving energy to a small, localized area. East Coast and cut off power to millions of people. They have come up with a variety of algorithms that allow homes with battery storage systems installed to be disconnected from the grid using remotely controlled circuit breakers. The algorithms prioritize the distribution of power based upon the amount of energy storage available and how much power a home is projected to use. It also tracks weather forecasts, which may impact the need for heating or cooling.

The team found that although an individual energy storage system in each home results in optimal power performance, customers prefer to share a community-scale storage system because it benefits more people in a crisis. But they note such systems will require new laws and regulations designed to promote microgrid arrangements. That’s something utility companies are likely to vigorously oppose — although, the aftermath of hurricanes Harvey and Irma may change the political calculus in America.

Have a tip for CleanTechnica, want to advertise, or want to suggest a guest for our CleanTech Talk podcast? Contact us here.
In this article:Distributed Power, UC San Diego 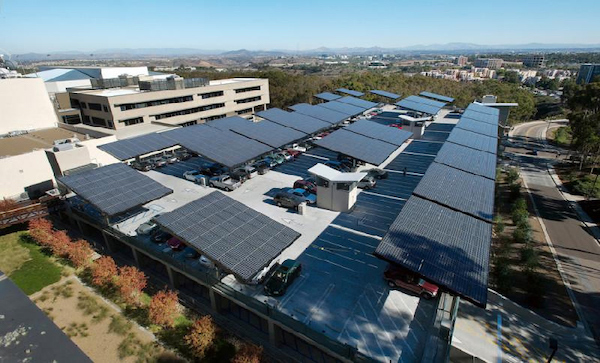 Researchers have found a way to use a 3D printer to make a replica of coral to help study how to prevent the destruction...