Until now, Ronald Reagan-appointed Anne Gorsuch Burford [mother of nepotastic stolen-seat Supreme Court Justice Neil Gorsuch] was the worst administrator of the Environmental Protection Agency in its nearly half-century of existence. She cut its budget by a fifth and worked diligently to please polluting industries that she claimed were over-regulated. She was just one appointee during Reagan’s terms chosen to run agencies or departments they didn’t even think should exist. But in six months, Scott Pruitt, the EPA-hating head of the EPA, has stolen the worst-ever title from her.

Until now, Ronald Reagan-appointed Anne Gorsuch Burford [mother of nepotistic stolen-seat Supreme Court Justice Neil Gorsuch] was the worst administrator of the Environmental Protection Agency in its nearly half-century of existence. She cut its budget by a fifth and worked diligently to please polluting industries that she claimed were over-regulated. She was just one appointee during Reagan’s terms chosen to run agencies or departments they didn’t even think should exist. But in six months, Scott Pruitt, the EPA-hating head of the EPA, has stolen the worst-ever title from her.

Coral Davenport and Eric Lipton at The New York Times report that Pruitt has injected a sense of paranoia at the agency, making career employees feel as if they are the enemy. Those staffers say floors at EPA HQ are frequently locked, and if they wish to see Pruitt, they must have an escort. They are often told to leave their cellphones behind and not to take notes in meetings with him:

“Mr. Pruitt, according to the employees, who requested anonymity out of fear of losing their jobs, often makes important phone calls from other offices rather than use the phone in his office, and he is accompanied, even at E.P.A. headquarters, by armed guards, the first head of the agency to ever request round-the-clock security.

“A former Oklahoma attorney general who built his career suing the E.P.A., and whose LinkedIn profile still describes him as ‘a leading advocate against the EPA’s activist agenda,’ Mr. Pruitt has made it clear that he sees his mission to be dismantling the agency’s policies — and even portions of the institution itself.

“But as he works to roll back regulations, close offices and eliminate staff at the agency charged with protecting the nation’s environment and public health, Mr. Pruitt is taking extraordinary measures to conceal his actions, according to interviews with more than 20 current and former agency employees.”

Naturally, Pruitt’s allies think everything is copacetic. For instance, Stephen J. Malloy, who was on the Trump transition team and has written a book attacking the EPA, justifies Pruitt’s behavior because the agency “is legendary for being stocked with leftists.” But EPA spokeswoman Liz Bowman told the Times that what those employees claimed in their interviews with the two reporters is bogus:

“None of this is true. It’s all rumors. […]  It’s very disappointing, yet not surprising, to learn that you would solicit leaks, and collude with union officials in an effort to distract from the work we are doing to implement the president’s agenda.”

Uh-huh. The trouble with that defense is that there have been plenty of other stories emerging about Pruitt’s actions since he took over that makes the Times story ring true.

Soliciting leaks and otherwise digging out what’s happening on their beats is a key aspect of any good reporter’s job. Davenport and Lipton would no doubt liked to have had all their sources on the record. But in the current EPA atmosphere, any employee who went public would be at risk of having to hunt for another source of income.

bodies of water to the streams and rivers that feed them. This attempt to preserve wetlands and clean up polluted tributaries was widely attacked by farmers, real estate developers, and rightist ideologues.

Pruitt was determined to dump the rule. So he ordered a rewrite of a lengthy analysis that had shown that the rule’s economic benefits far outweighed its costs. The EPA’s staffers dutifully complied, and when their report emerged, more than half a billion dollars in benefits from the rule had been erased:

“Jeffrey Ruchs, the executive director of Public Employees for Environmental Responsibility, an organization representing government employees in environmental fields, said the E.P.A. could not allow changes like this to take place, or expect its employees to follow such directives.

“‘This is a huge change, and they made it over a few days, with almost no record, no documentation,’ Mr. Ruchs said, adding, ‘It wasn’t so much cooking the books, it was throwing out the books.’ […]

“’The mere fact they are telling people not to write things down shows they are trying to keep things hidden,’ said Jeffrey Lubbers, a professor of administrative law at American University.”

The secrecy extends to the most mundane matters. Unlike previous agency administrators, he doesn’t post his schedule and makes it difficult for top staffers to even know where he is traveling on government business.

All this comes as no surprise from an EPA chief who had initiated or joined 14 lawsuits against the EPA before he got the job running it and was known for secretiveness in his other posts.

Although rightist ideologues, including representatives and senators, have made clear they would love to get rid of the EPA altogether, that’s a change that would never clear Congress even with its current membership brim full of climate science deniers, fossil-fuel fanatics, and polluter-industry shills.

But turning the agency into a hollow shell by whacking its budget, overturning rules based on bogus reports and keeping employees in the dark allows Pruitt and his allies to claim publicly that all they are doing is restricting the EPA to its original purpose, not demolishing it.

In fact, the damage that Pruitt is inflicting will take years to repair.

(Originally appeared at DailyKos, via Red, Green, and Blue. Cartoons by Tom Toles via GoComics)

Don't want to miss a cleantech story? Sign up for daily news updates from CleanTechnica on email. Or follow us on Google News! Have a tip for CleanTechnica, want to advertise, or want to suggest a guest for our CleanTech Talk podcast? Contact us here.
In this article:Carbon Emissions, EPA, Scott Pruitt, Waste Reduction 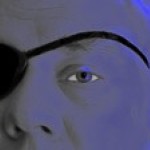