The Palo Alto–based firm Nauto, which retrofits vehicle fleets with networked safety camera-equipped devices, amongst other things, has raised $159 million in a Series B round led by SoftBank and Reid Hoffman at Greylock. 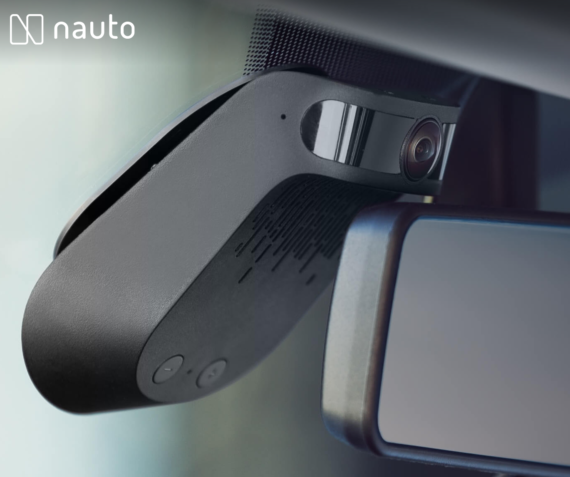 The new funding will reportedly be used to further expand the development of a dataset that could be used by those developing self-driving vehicle tech. As it stands, the company is mostly focused on gathering data related to human drivers and their behavior — but the switchover to a focus on self-driving vehicle tech could obviously be quite lucrative.

This is apparently why SoftBank took part in the recent funding round, as noted by SoftBank CEO Masayoshi Son when he stated: “Nauto is generating a highly valuable dataset for autonomous driving, at a massive scale.” TechCrunch provides more: “The potential value of this data for autonomous driving is a big reason why a number of automakers have also made strategic investments in Nauto, including General Motor Ventures, Toyota AI Ventures and BMW iVentures. This funding will help really accelerate the pace of that data gathering effort, giving Nauto the ability to ‘more rapidly… gather the billions more miles of real driving experience and data required to get a precise understanding of how the best drivers behave behind the wheel,’ according to Nauto CEO Stefan Heck.

“Nauto’s tech uses a dual-camera windshield-mounted device, with one camera facing inward tracking driver behavior and the other facing outward to monitor the road. The company employs deep learning and computer vision to process the data collected by its units in the cloud, and provide insights and coaching services to counter things like driver distraction and fatigue.”

It should be noted here that Nauto’s tech is fairly cheap to deploy — hence much of the interest. The low installation and deployment costs will likely lead to large returns for some companies using Nauto’s offerings. SoftBank To Exit India Solar Business In US$3.5 Billion Deal

After months of speculation, SoftBank is ready to exit India’s renewable energy business. The Japanese investor will sell its entire stake in SB Energy...