There has been a lot of talk recently about “smart grids,” systems that would be able to react nearly instantaneously to fluctuations in demand and smooth the influx of energy from various sources, especially renewables like solar and wind power. Researchers at North Carolina State University have been using complex computational models to explore ways to make such a “smart grid” a reality. Their recommendation? Solid state transformers.

Transformers are found at generating stations and distribution substations. Their primary function is to reduce the high voltages used to transport electricity long distances to the lower voltages needed by homes and businesses. But today’s transformers only operate in one direction. They are poorly equipped for boosting electricity from local sources — typically wind and solar — to the higher voltages needed to mesh efficiently with the larger grid.

Beginning in 2010, researchers at the National Science Foundation’s FREEDM Systems Center at NC State introduced the first solid state transformer. It could perform all of the functions of a traditional transformer, but could also redirect power as needed to address changes in supply and demand.

“The SST is a fundamental building block in the smart-grid concept,” says Iqbal Husain, a professor of electrical and computer engineering at the school and director of the FREEDM Center. “It can scale down voltage for use in homes and businesses, but it can also scale up voltage from solar panels or other residential-scale renewable sources in order to feed that power back into the grid. And because the SST is a smart technology, it can switch back and forth between those two functions as needed.”

“We know how individual SSTs work, but the question since 2010 has been how they might work as part of a microgrid — and how those microgrids may work in the context of the larger grid,” says Aranya Chakrabortty, an associate professor of electrical and computer engineering at NC State and co-author of the paper. “This is not something that the power industry can afford to get wrong, and we need to ensure that the concept improves efficiency — and is therefore worthy of investment — without adversely affecting the stability and reliability of the grid.”

The researchers developed a complex computer model that simulates the behavior of a power distribution system. The model allowed them to study how solid state transformers would react with renewable energy sources and energy storage products. Since the model is scalable, it can be used to predict the behavior of power distribution systems of any size. “Using this model, we found that SSTs can greatly enhance the functionalities of tomorrow’s power grid,” Chakrabortty says. “However, certain operational boundaries would need to be maintained.”

In order for a smart grid to function correctly, system designers and operators need to make sure the system takes into account customer power demand, power generation from renewable sources, and energy storage capacity throughout the entire system in order to avoid providing too much or too little power.

“Addressing that challenge is one of the things that SSTs are designed to address,” Husain says. “Now that we know the grid would work better with SSTs, our next step is to develop the algorithms necessary for SSTs to make the split-second decisions needed to keep a system within its operational bounds — something we’re already working on. We plan to demonstrate this capability in less than a year, and hopefully within the next six months.”

Utility companies are investing billions of dollars in smart grid technology, from smart meters to grid scale battery storage installations that can maximize the potential of renewable energy sources. Transformers are the heart and soul of any electrical distribution system and they are based on last century’s technology. The solid state transformers envisioned by the researchers at NC State may be the last piece of the puzzle needed to make smart grids a reality. Bad Policy, Not Renewables, To Blame For California Blackouts

Renewable energy opponents are gleefully blaming wind and solar for the rolling blackouts affecting California this week. The problem is, they are 100% wrong. 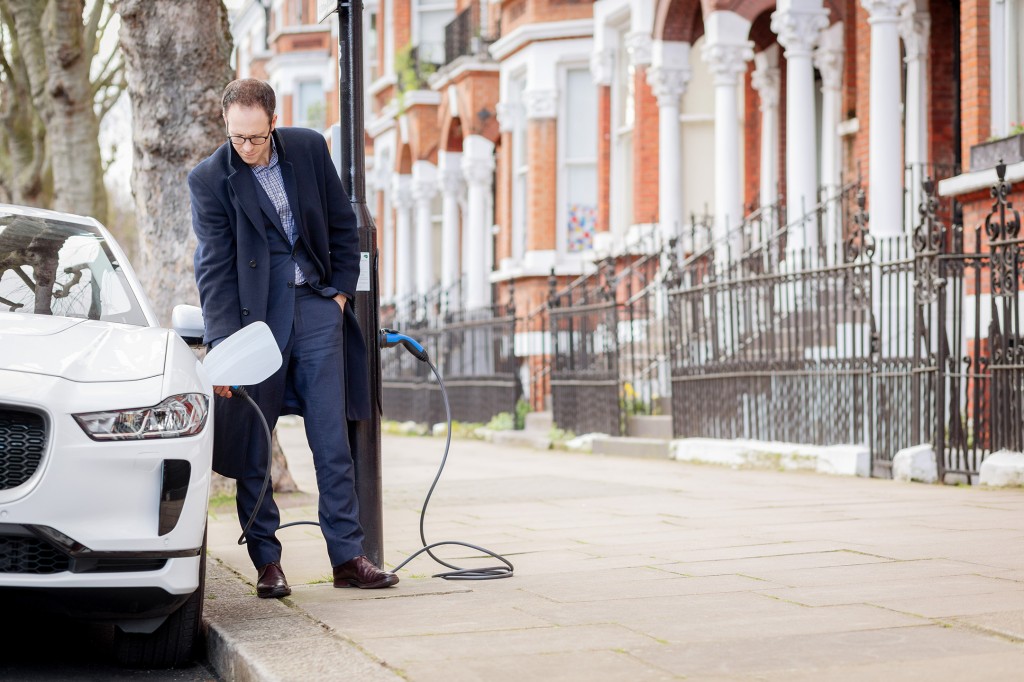 Siemens is converting hundreds of lamp posts in London to accommodate EV charging equipment to serve the growing population of electric car owners.