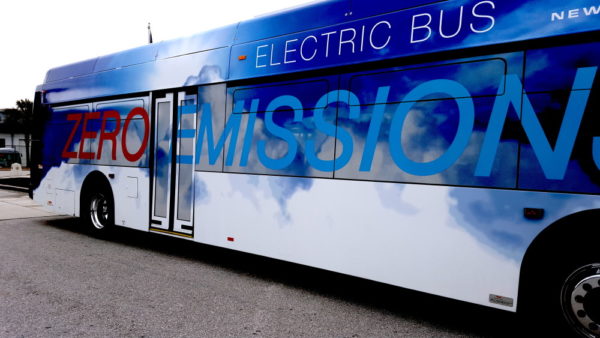 Colorado is sometimes at the forefront of policies to protect clean air and the environment. As part of that and its effort to bring good jobs to the state, Colorado’s one of the top states for solar energy. It also offers perhaps the best electric car incentives in the nation. Now, some in the state are also looking to clean up their buses. A nice bit of news in this regard comes from Aspen.

The Aspen Times reports that the city of Aspen and Roaring Fork Transportation Authority (RFTA) want to spend more than $7.5 million on 8 electric buses and planned to ask area elected officials to chip in at a public meeting last week.

A memo from Roaring Fork Transportation Authority CEO Dan Blankenship (not to be confused with infamous coal baron Don Blankenship) confirms that research has already propelled the fresh agenda forward. The two agencies discussed initiating an electric bus pilot program for the past 18 months. Members of the Aspen City Council approved contributing $1 million to the effort, Blankenship said.

“RFTA plans to apply to the state for a fiscal year 2018 grant worth $1.7 million in the next week or so. In addition, the agency plans to apply to the Federal Transit Administration for a $3.2 million grant through the Low or No Emission Grant Program by the end of this month, according to the memo.”

Naturally, Donald Trump’s disastrous transportation proposal comes up here, as it would drastically cut funding for public transit nationwide. Mr. Blankenship highlighted this as an impetus to move forward now with the plan.

“The current administration may reduce funding for or eliminate many FTA-related programs in the future,” Blankenship wrote. “As such, (fiscal year 2017) could be the last year for LoNo grants, and this could be RFTA’s best opportunity to apply for and capitalize upon this funding for this transition to (electric buses).”

RFTA has chosen New Flyer for its electric fleet. I have been a contented passenger on New Flyer’s XcelsiorÆ Electric Bus and would say it’s not a bad choice. The Aspen Times reports that as the electric bus program moves forward, four of the buses would be used within the city of Aspen. “The other four would be used on bus routes in the upper valley ‘until issues related to battery range and on-route charging can be addressed,’ according to the memo.”

Mr. Blankenship wrote that an electric bus program “can be expanded to regional routes in the future as part of routine bus replacements as battery ranges improve.” The transition to electric buses makes sense for the cleanliness of our air and stability of our climate. But critically important is the experience of the riders as well.

Riders should not have to be so exposed to heavy particulates from the gas exhaust of buses, but they can also enjoy the smooth and quiet ride of an electric bus. Surely, drivers and passengers alike will appreciate that better experience.

Appreciate CleanTechnica’s originality and cleantech news coverage? Consider becoming a CleanTechnica Member, Supporter, Technician, or Ambassador — or a patron on Patreon. Don't want to miss a cleantech story? Sign up for daily news updates from CleanTechnica on email. Or follow us on Google News! Have a tip for CleanTechnica, want to advertise, or want to suggest a guest for our CleanTech Talk podcast? Contact us here.
In this article:Aspen, Colorado, Colorado electric buses, Colorado electric vehicles, Dan Blankenship, Electric Buses, New Flyer, New Flyer Electric Buses, Roaring Fork Transportation Authority