Ben Tarnoff argues in The Guardian that only governments can afford to invest in the basic research that leads to true innovation and wealth creation.

“Greed,” says Gordon Gekko in the 1987 movie Wall Street, “will save the USA.” It was only a movie, of course, but looking around at an America headed by Donald Trump, the high priest of greed, it’s hard not to see the relevance of Gekko’s fictional words. An article by Ben Tarnoff, technology writer for The Guardian, argues that capitalists and the culture of greed are actually killing America.

His thesis is that capitalists shy away from innovation rather than embrace it. Innovation, he says, is too risky for those who are fixated on pleasing Wall Street to tolerate. Only the public sector can afford to make the investments needed in basic scientific research that lead to true innovation.

“As the economist Mariana Mazzucato has shown, nearly every major innovation since the second world war has required a big push from the public sector, for an obvious reason: the public sector can afford to take risks that the private sector can’t,” Tarnoff writes.

“It’s the government’s insulation from market forces that has historically made it such a successful innovator. It doesn’t have to compete, and it’s not at the mercy of investors demanding a share of its profits.

“It’s also far more generous with the fruits of its scientific labor: no private company would ever be so foolish as to constantly give away innovations it has generated at enormous expense for free, but this is exactly what the government does. The dynamic should be familiar from the financial crisis: the taxpayer absorbs the risk, and the investor reaps the reward.”

Following Tarnoff’s argument to its logical conclusion suggests the process should be restructured so that the government licenses the fruits of its basic research and reaps at least some of the rewards, which could then be plowed back into more basic research without asking taxpayers to foot the entire bill.

Tarnoff smashes the myth that corporations are wealth creators.

“From energy to pharma, from the shale gas boom to lucrative lifesaving drugs, public research has everywhere laid the foundation for private profit … The advances that created what we’ve come to call tech — the development of digital computing, the invention of the internet, the formation of Silicon Valley itself — were the result of sustained and substantial government investment.

“Even the iPhone, that celebrated emblem of capitalist creativity, wouldn’t exist without buckets of government cash. Its core technologies, from the touch-screen display to GPS to Siri, all trace their roots to publicly funded research.” And yet, Apple is now sitting on a quarter of a trillion dollars in cash which it has cynically parked overseas to avoid paying taxes to the organization that is the primary source of that wealth — the US government.

“Contrary to popular belief, entrepreneurs typically make terrible innovators. Left to its own devices, the private sector is far more likely to impede technological progress than to advance it. That’s because real innovation is very expensive to produce: it involves pouring extravagant sums of money into research projects that may fail, or at the very least may never yield a commercially viable product. In other words, it requires a lot of risk — something that, myth-making aside, capitalist firms have little appetite for.”

That “popular belief” has been fostered by America’s colleges and universities, principally Harvard Business School, alma mater to such capitalist heroes as Jamie Dimon of JPMorgan Chase, Jeffrey Immelt of General Electric, and Sheryl Sandberg of Facebook.

Business journalist Duff McDonald has just published a book entitled The Golden Passport which details how HBS, as it is fondly known to its alumni, has changed over the past 40 years from a place where business leaders are taught how to create wealth and benefit society to a place where they are taught to create wealth for themselves and their privileged colleagues.

Edwin Gay, the school’s first dean, said business was the “activity of making things to sell at a profit — decently.” But since then, the school’s mission has been altered to something quite different and considerably darker.

“The Harvard Business School became (and remains) so intoxicated with its own importance that it blithely assumed away one of the most important questions it could ask, which was whether the capitalist system it was uniquely positioned to help improve was designed properly for the long term,” McDonald writes. “With economic inequality at a hundred-year high and meaningful progress on climate change and other social and environmental issues embarrassingly paltry, the answer to that question is obvious. It is not.”

McDonald goes on to deliver this most scathing assessment of the Harvard Business School, which he say teaches its students that “we’re all whores.” The logical extension of that is, “If everybody assumes you’re a whore, you might as well grab as much money as possible while you’re still in demand.” Ouch.

Neoliberalism Is Bad For Human Beings And Other Living Things

At its foundation, the current worldview of capitalists is embodied in what is known as “neoliberalism.” It is the engine that has driven the rise of globalization in which capitalism has metastasized from infecting not just the United States by the entire world community.

“For decades, neoliberal politicians of both parties have promoted the notion that government should not only serve business, but operate like one,” Ben Tarnoff wrote in another Guardian piece published a month after the last election. “They’ve argued that public services should be privatized, or at least model the ‘efficiency’ of the private sector. They’ve claimed that business is the highest form of human endeavor, and that the role of the state is to empower and emulate it.”

Donald Trump, the larger than life exponent of corporate power, swept away any hint of social responsibility as a legitimate objective of business when he was elected last November. Trump now gets taxpayers to pay for lavish weekly vacations at Trump owned properties. He sends his minions to China to con wealthy Asians into investing in Trump real estate ventures in exchange for preferential visas.

Trump is using America to shill for his far flung commercial activities and his supporters are cheering him on, failing to see that every dollar his self-aggrandizing schemes put in his pocket means one less dollar left over for them.

Trump’s policies will slash government investment in basic scientific research, which will seal America’s economic fate, argues Tarnoff. He decries the venture capitalist model that seeks to fund new companies so they can cash out in 3 to 5 years and claim enormous profits. He thinks true innovation needs a much longer timeline.

His hero would probably be John Goodenough, the inveterate tinkerer and researcher who has devoted his entire life to perfecting the lithium ion battery. Without research, without exploring new ways to improve the human condition, whether or not they generate profits, income inequality will continue to grow. Like a snake eating its own tail, the American economy is devouring itself in a feeding frenzy that will leave nothing behind but empty wallets and broken dreams.

“If it creates inequality, its defenders argue, at least it also creates growth. Increasingly, that’s no longer the case. In its infinite wisdom, capitalism is eating itself alive. A saner system would recognize that innovation is too precious to leave to the private sector and that capitalism, like all utopian projects, works better in theory than in practice.”

Appreciate CleanTechnica’s originality and cleantech news coverage? Consider becoming a CleanTechnica Member, Supporter, Technician, or Ambassador — or a patron on Patreon. Don't want to miss a cleantech story? Sign up for daily news updates from CleanTechnica on email. Or follow us on Google News! Have a tip for CleanTechnica, want to advertise, or want to suggest a guest for our CleanTech Talk podcast? Contact us here.
In this article:Ben Tarnoff, capitalism, greed is good, Harvard Business School, innovation, neoliberalism, scientific research The flow of water in the Colorado River is decreasing, mostly because of global heating. Are policy makers paying attention? Who Knows How To Get To Net Zero Emissions? Joe Biden Does.

Joe Biden will bring decency back to government. That's where his plan for America begins. 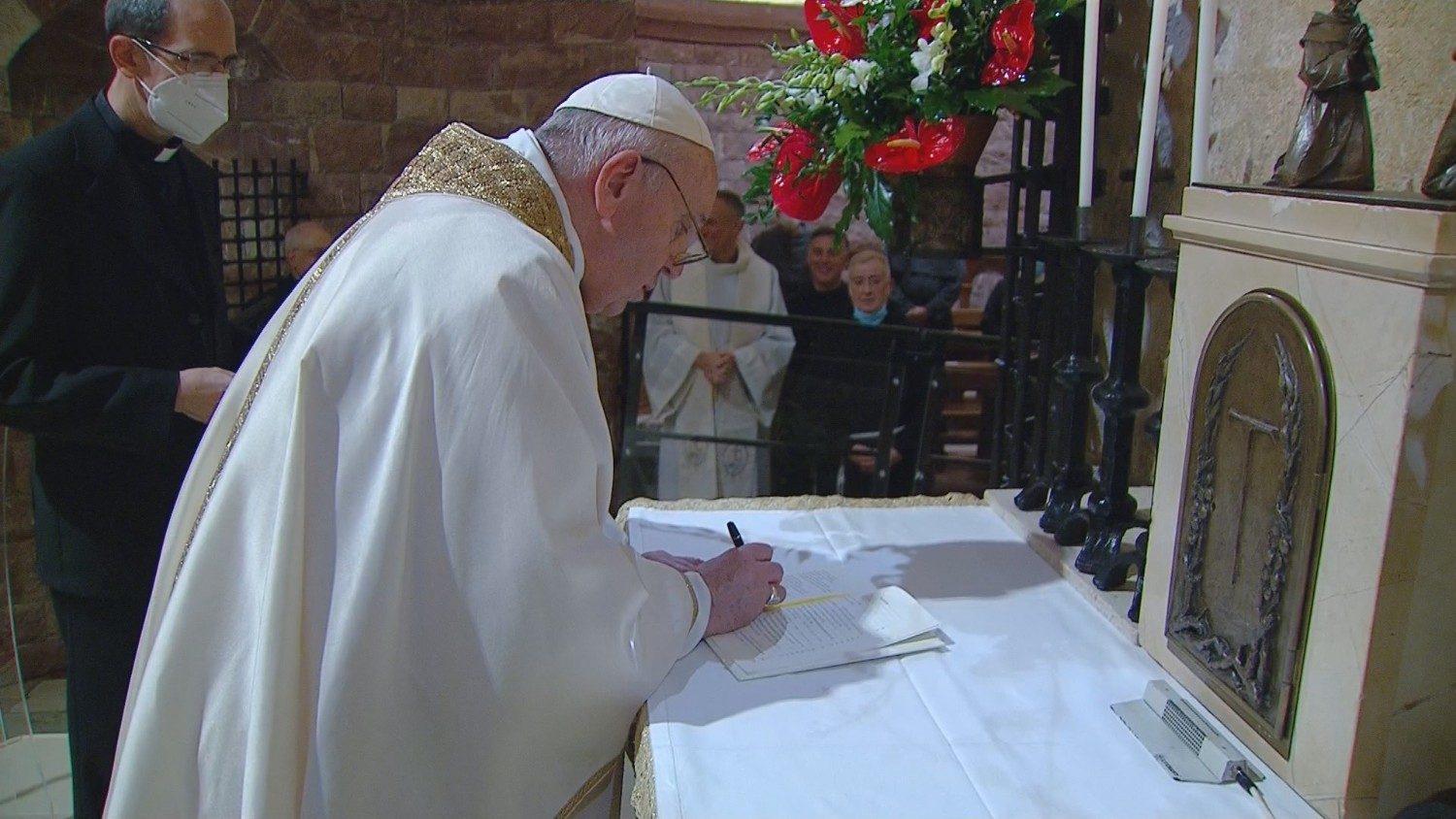 Frattelli Tutti, Pope Francis' third encyclical, focuses on the idea that All Lives Matter. He says the challenges of an overheating planet can only...