The first TV ad for the 2017 Karma Revero plug-in hybrid (PHEV) has now surfaced, ahead of the beginning of sales next month. The TV spot for the ad was placed during the 2017 US Open Polo Championship, which is partly sponsored by Karma Automotive. I suppose that makes sense, considering the $130,000 price tag for the Revero. As a reminder here, for those scratching their heads, the Karma Revero PHEV is in update and rebranding of the earlier Fisker Karma PHEV. The new Karma Revero features improved range, a better interior, etc. After Fisker Automotive went bankrupt a couple of years ago, it was purchased by the Chinese firm Wanxiang Automotive, which is now bringing the Karma Revero to market.

It’s certainly marketed as a luxury car for people who want luxury, luxury, luxury. About what you’d expect from an ad pushing a $130,000 car.

I would compare it with a Tesla ad, but there aren’t any, as Tesla has yet to officially create any. As a bit of further background here, the new Karma Revero PHEV will possess an all-electric range of around 40 miles per full charge (achieved through a 21.4 kWh battery pack), and will also include a 2.0-liter turbocharged 4-cylinder engine (with system output of 260 horsepower).

All images screenshots of Karma commercial

Don't want to miss a cleantech story? Sign up for daily news updates from CleanTechnica on email. Or follow us on Google News! Have a tip for CleanTechnica, want to advertise, or want to suggest a guest for our CleanTech Talk podcast? Contact us here.
In this article:commercials, EV commercials, Karma Revero, Wanxiang, Wanxiang Automotive, Wanxiang Group A Lighthearted But Effective Automotive Commercial For Electric Audi

Guest post by Jim Ringold How many automobile commercials do you think you have ever seen and ignored on TV? Certainly thousands and thousands... A new EV commercial series from Volkswagen gets 5 stars out of 5 from CleanTechnica. 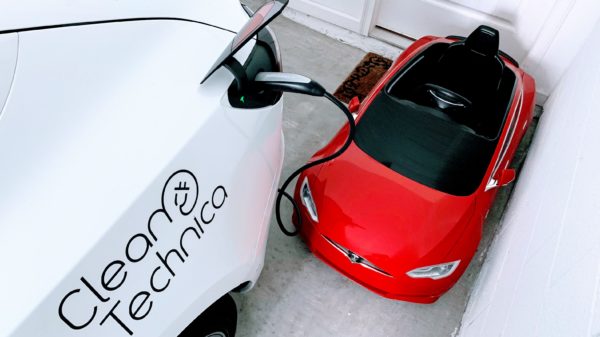 How Long Does It Take To Charge An Electric Car? A Few Seconds