In March of 2016, we published a report on the state of rural electric cooperatives in the current electricity market: Re-Member-ing the Electric Cooperative. Below you will find our newly developed presentation based on this report. Forward and share widely.

Electric cooperatives face diverse challenges, from their power sources to member engagement. This report details those challenges and the tools that cooperatives are using to overcome them. 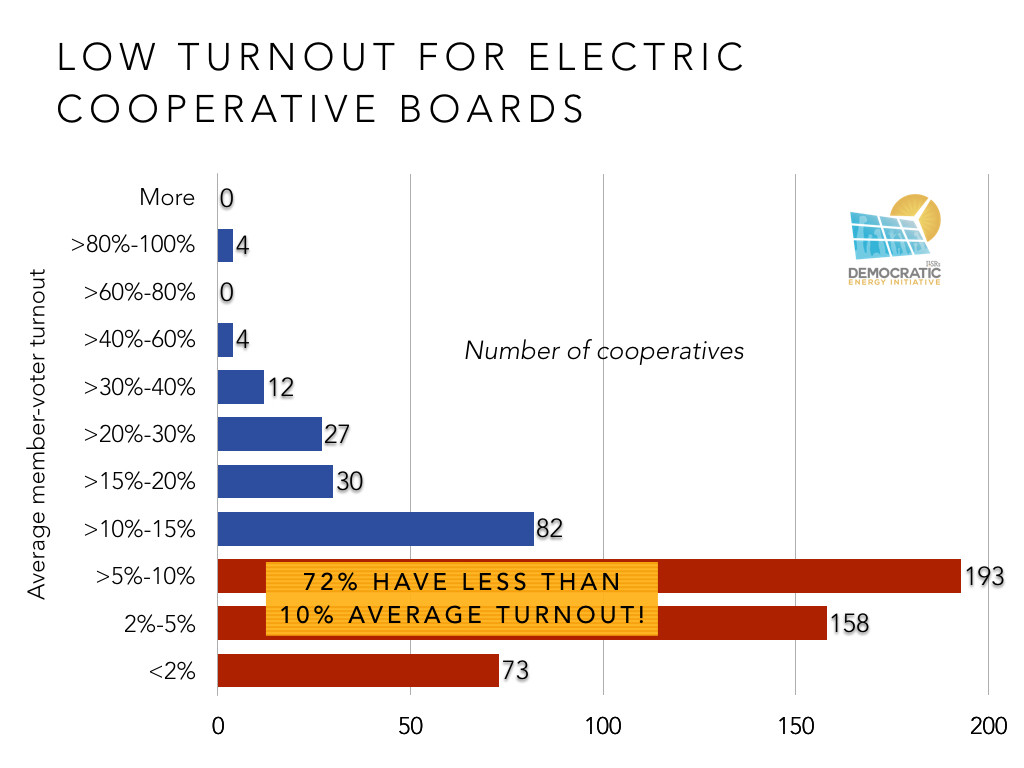 Losing Member-Owners.
Electric cooperative members have a right to vote for their boards of directors. But 70% of cooperatives have less than a 10% voter turnout, increasing the disconnection between the cooperative and its members.

Fortunately, the solutions lie in the best of the cooperative movement.

Finding Ways Out of Coal Power
A new ruling from the U.S. Federal Energy Regulatory Commission may allow electric cooperatives to purchase local power outside their contractual obligations, providing a novel level of flexibility for most cooperatives.

Cooperatives may face their greatest challenge since the inception of rural electrification in the 1930s, but with their members, they have the power to overcome. Voices of 100%: Abita Springs Fights For Community Solar In Louisiana →