Donald Trump thinks he is the smartest person in any room but the leaders of 365 leaders of major American corporations think he is an idiot for threatening to pull the US out of its commitments made last year in Paris. The open letter to President-elect Trump tells him in no uncertain terms that addressing climate change is vital to maintaining a robust American economy.

The signatories to the letter include the heads of such well known companies as Mars, Nike, Levi Strauss, Intel, Hewlett Packard, The Gap, Ikea, and Starbucks. “Failure to build a low ­carbon economy puts American prosperity at risk,” the companies said. The joint letter was announced on Wednesday in Marrakesh, Morocco, where global leaders are considering how to implement the provisions of the Paris climate change agreement. “But the right action now will create jobs and boost U.S. competitiveness.”

“Now more than ever, Levi Strauss believes it is important to reaffirm our commitment to address climate change by supporting the Paris Climate Agreement,” said Michael Kobori, the company’s vice president for sustainability. “Building an energy­ efficient economy in the U.S. will ensure our nation’s competitiveness,” he said, “and position U.S. companies as leaders in the global market — all while doing the right thing for our planet.”

Glaringly absent from the list of corporations are all the car companies. They are too busy feasting on fat profits from selling trucks and SUVs to worry about tomorrow.

Secretary of State John Kerry made an impassioned plea to world leaders in Marrakesh. “No nation will do well if it sits on the sidelines, handicapping its new businesses from reaping the benefits of the clean-tech explosion,” Kerry said. “Millions around the world are currently employed by the renewable energy and if we make the right choices, millions more people will be put to work. The market is clearly headed towards clean energy and that trend will only become more pronounced.”

Trump has huffed and puffed a lot about creating jobs, but his anti-environment positions may short circuit job creation. Instead of digging coal out of the ground, we should be focusing on clean tech enterprises says Michael Skelly, founder and president of Clean Line Energy Partners, a company based in Houston that builds transmission lines for renewable energy.

“Mr. Trump talks about infrastructure, he talks about jobs,” Skelton tells the New York Times. “What we’re creating are welding jobs, steel manufacturing jobs, in Kansas, Oklahoma, Iowa,” he said. “These are projects that create income for landowners, create jobs in the middle of the country.”

A new study by the United Nations Development Program claims that doing nothing about climate change will have a staggering negative impact on the world’s economy. Just how staggering? If global temperatures are allowed to rise to 2.5º Celsius, the UNDP predicts that factor alone will cost as much as $33 trillion a year in reduced economic activity by the year 2050.

In line with the thoughts of Michael Skelly, the UN study suggests that renewable energy will create significant new job opportunities going forward. It says policies consistent with 1.5° C of warming “would require an estimated 68 percent increase in jobs relating to energy operations and maintenance, manufacturing, construction, and installation by 2030.”

People want jobs? That’s understandable. But it is useless to sit around wringing our hands about jobs that disappeared decades ago. There is no force on earth — not even Donald Trump’s outsized ego — that can bring them back. Building for the future is what is needed, not looking back longingly to the past.

Donald Trump claims he is all about jobs. If that is so, then focusing on the economic sectors that will create new job growth seems smarter than focusing on removing more mountain tops to get at coal that nobody wants because it is too expensive. If Trump is as smart as he says he is, now would be a good time to start proving it. 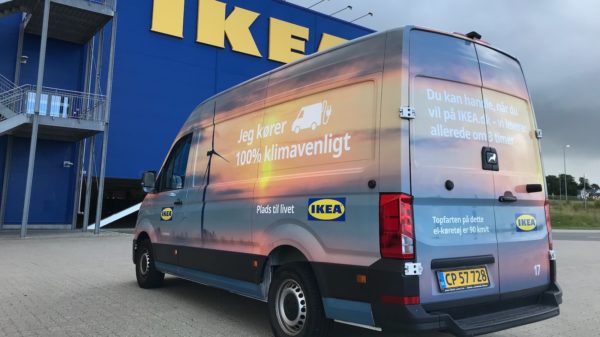