The face of the solar workforce is really starting to glow. As of 2015, women are now representing 24% of workers in the solar industry, up 2% from 2014. Helping more women enter the field, GRID Alternatives has been instrumental in this rise. And, with solar jobs growing by 20% a year, things are looking up for women who like to climb.

Founded in 2001 with the goal of providing affordable solar power for low-income communities, GRID Alternatives is now the nation’s largest nonprofit solar installer. To date, GRID has installed over 24 MW of clean power, representing a savings of nearly $200 million in lifetime electricity costs, and has trained around 27,000 solar installers.

Erica Mackie, CEO and founder of GRID Alternatives, has been working hard since GRID’s beginning to improve women’s accessibility in all aspects of solar technology. Noticing immediately that very few women were employed in the solar industry, Erica Mackie became passionate about helping to get more women involved.

Partnering with SunEdison in a national initiative to reach out to women interested in free solar training, GRID Alternatives recently launched its first Women in Solar intensive training course. Besides being female, the only requirement was a strong desire to get involved in the solar industry at any level, such as volunteer, sales, installation, and design.

A Beautiful View from the Roof

The women gained a comprehensive view of the solar industry by participating in workshops on solar installation site assessment, design, and purchasing. They also received training on community outreach, networking, and other soft skills to enhance their resumes for the solar job market. Most importantly, they got up on the roof. In two weeks of camaraderie and team building, the ten women completed two solar PV installations.

All of the women were very enthusiastic, said Renee Sharp, regional director for GRID Alternatives’ Bay Area office. Sharp related that the women came away with the confidence to pursue solar careers after gaining a much better understanding of the solar industry.

Of the ten women who took part in the free solar training, seven accepted employment offers after completing the two-week course. Of the other three, one woman chose to continue training to become a Team Leader, working with GRID Alternatives’ professional installation team to help train future volunteers.

The two other women will continue with GRID’s international program, working to bring solar power to rural communities in other countries. 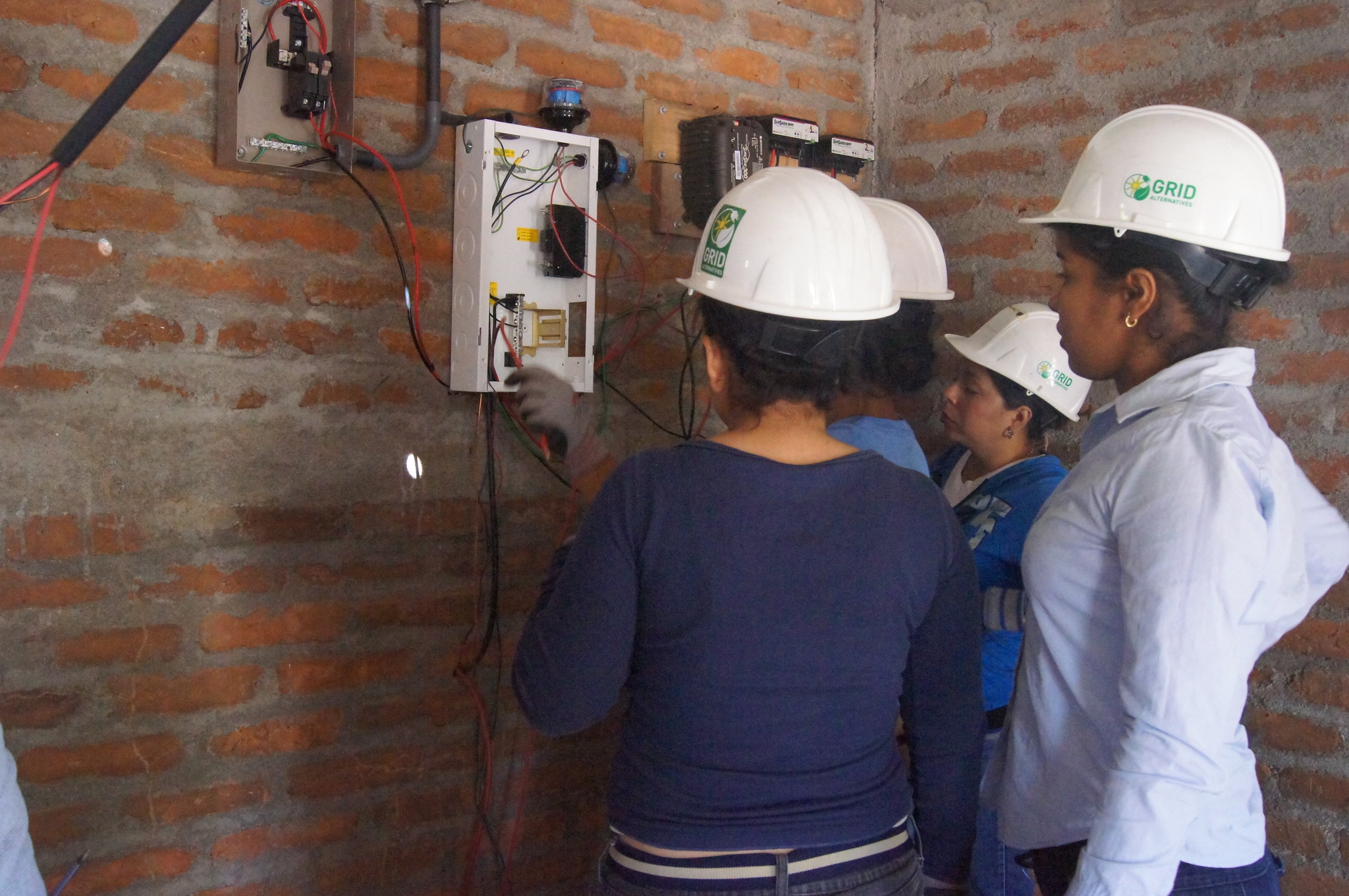 The next free Women in Solar training session offered by GRID Alternatives will be in December 2016. Cora Saxton, GRID’s North Coast office female construction manager will lead this training course. Sign up or learn more about all the different programs and events offered through the Women in Solar initiative.

One of the more recent events included the latest GRID Alternatives WE Build webcast on August 24. These webcasts offer an opportunity to learn from successful women in the solar industry.

Check out the great full-length videos covering all of the interesting WE Build panel discussions, including Mentorship relationships to power your career, Women in Energy Policy, Engaging Women in the Transition to Clean Energy, the Intersection of Race and Gender in Solar, Women on the Rise: Inspiring the Next Generation of Solar Leaders, and many more.

All images from GRID Alternatives.